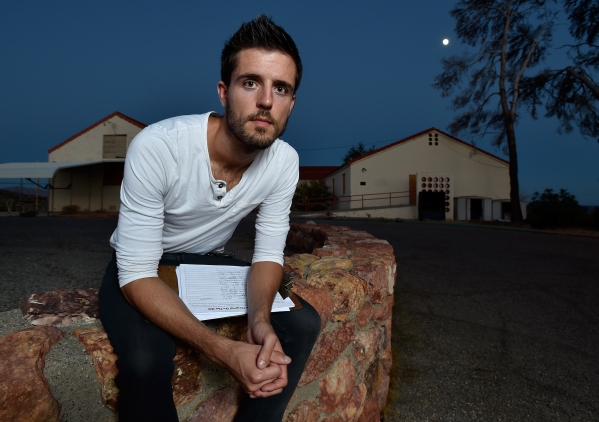 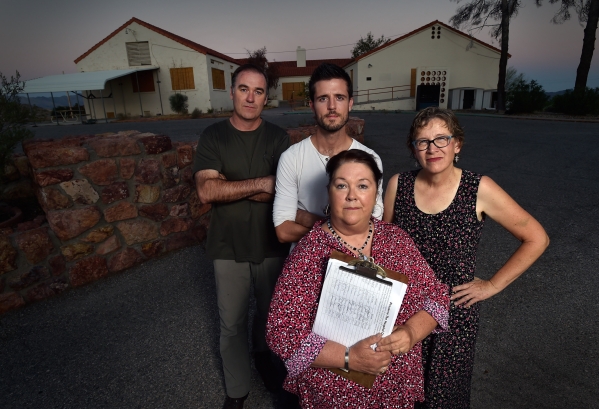 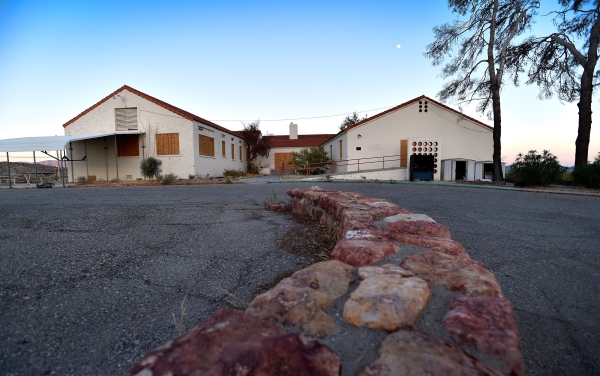 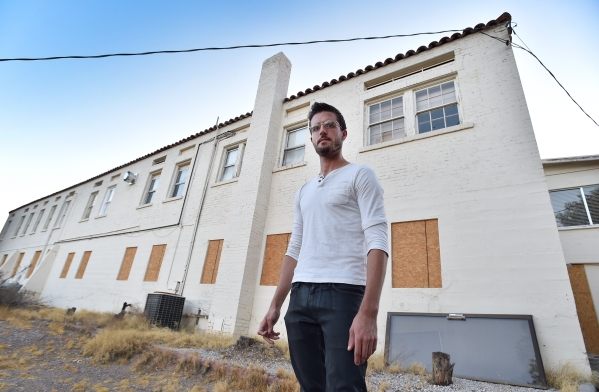 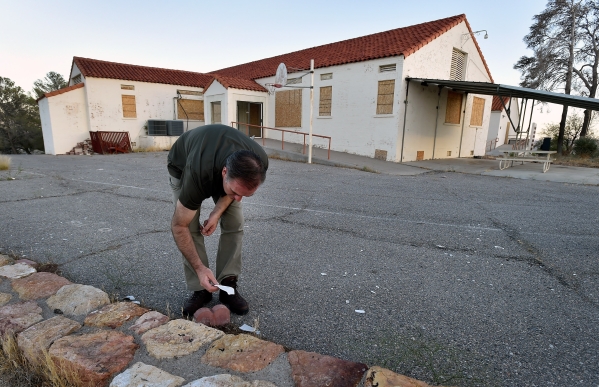 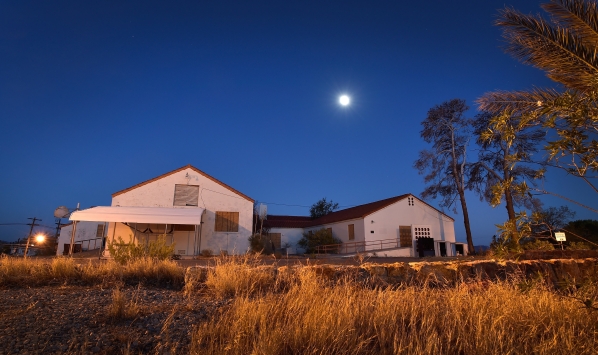 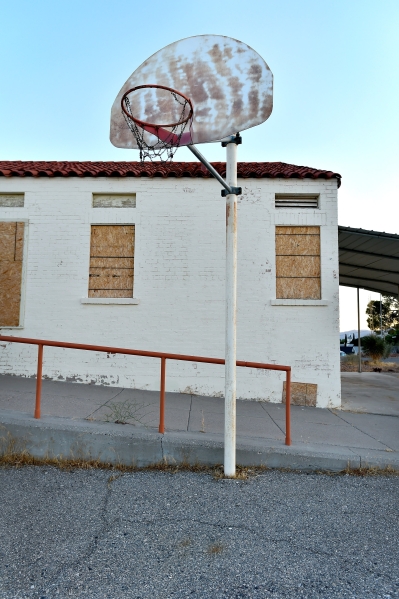 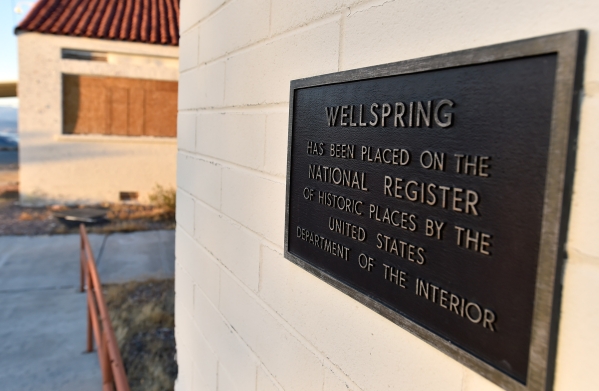 The old Boulder City hospital building faces an uncertain future, but a group of locals is trying its hardest to make sure that it doesn’t fall victim to the wrecking ball.

The Historic Boulder City Foundation officially formed July 7, but the group’s message of preserving historic buildings around town has gained legitimate traction throughout the community.

The foundation has nearly 400 members on its Facebook page, according to chairman Keegan Strouse, who added that about 35 members go door-to-door to share the importance of preserving historic buildings around town.

The foundation is currently under the umbrella of the Desert Sculptors Association, a nonprofit based out of Boulder City, he said. Chris Frausto, who sits on the city’s Historic Preservation Committee, is affiliated with both groups and served as liaison between them.

The effort to save historic buildings started when Boulder City resident and Planning Commission member Randy Schams put in a proposal to demolish the buildings at 701 Park Place and 700 Arizona St. during the Historic Preservation Committee’s June 24 meeting.

Schams said he intends to eventually develop homes with an historic feel on the lot.

On July 9, a group of about 30 concerned residents met to discuss what, if anything, could be done to save the old building.

Strouse also launched an online petition that has gained more than 500 signatures in less than a month, and current and former residents spoke at the July 14 City Council meeting to voice their displeasure about the possible demolition.

Community Development Director Brok Armantrout said the city’s 1930 master plan map shows the old hospital’s location as the site for a hotel, but in 1931, Six Cos. built a hospital instead to treat the Hoover Dam workers.

Boulder City Hospital Inc., a nonprofit, acquired the building in 1954 and maintained it until 1977 when Sisters of Charity, another nonprofit, took it over and used it as a retreat, according to Frausto.

Frausto said the property hit the market in the early 2000s, and I Am Free Inc., a religious organization, took it over in 2012. I Am Free tried to establish a church inside the building, but its request was denied, city records show.

I Am Free later defaulted on the property, and the building that once served as the city’s first hospital quickly became a hangout for nudniks who trashed the building.

The city was forced to board up the doors and windows to prevent any further damage.

According to Frausto, another man was interested in the old hospital building when it hit the market in 2014. The man, she said, wanted to restore it with the intention of turning it into a bed and breakfast, and even handed out surveys to nearby residents for feedback.

Frausto noted that concerns arose about the possibility of excess cars driving through the neighborhood, as well as guests going in and out of the building throughout the night. The man withdrew any further interest after garnering the negative feedback, she said, leaving the door open for another buyer.

LGS Holdings eventually acquired the building in 2014 before selling it to Schams.

But Strouse said the group has been in talks with Schams about possibly buying the property back from him with the intention of turning it into a Great Depression museum.

“He has said openly that he would be interested in selling it to a potential buyer, so that is something we’d pursue ideally,” Strouse said. “We opened the line of communication and he knows that we’re trying to gain support for this.”

Strouse said that, Schams, who was unable to be reached for comment, would sell the property to the foundation for $1.6 million, about three times what he paid for it.

According to the Clark County Property Assessor’s office, the two-acre lot has a taxable value of $920,863 and Schams paid $550,000 on the property, which closed escrow July 22.

Strouse added that Schams told the foundation that it needed to come up with the money by the middle of August. However, Strouse said that both sides have been in communication about possible alternatives, though he would not divulge anymore information.

Former Boulder City resident and current Nevada State Museum Director Dennis McBride was born in the hospital on Jan. 13, 1955. He said the old hospital, which hasn’t served as such since the 1970s, is arguably the most important building in Boulder City’s history.

“This was a place that made a direct impact on people’s lives. To lose it when it may not be necessary would be a crime and tragedy,” he said. “I really do feel strong for this. To see it torn down and not even considered for anything more for the public good is sad. It’s touched an emotional nerve that I don’t think any other building in town has.”

McBride said he’s been impressed with the traction the Historic Boulder City Foundation has gained since it came to be. In order for its mission to be effective, he said, the group must work collaboratively with Schams without any hostility.

Strouse said preserving the hospital is the foundation’s main focus, but the group also wants to make sure other historic buildings are preserved instead of demolished.

“We want to encourage better protection for buildings within the historic district,” he said. “There’s a whole vision for Boulder City that’s shared with anyone who admires the history of our town. The imperative is to save the hospital, and that will set a precedent to let everything fall into place.”

McBride said he could remember as far back as the 1950s when the city was looking for a place to have a cultural center in town. The old hospital building would be ideal for that, though the city needs to establish more authority so this sort of situation doesn’t happen again, he said.

Armantrout said the city has no authority over private property other than to ensure any development meets city codes.

McBride said now that the building is in private hands, saving it will be even more difficult.

“If this ball had gotten rolling three months ago instead of three weeks ago, I think there would be a much better chance,” he said. “Out of this effort, whether it’s successful or not, I’d like to see a movement or organization to target buildings before it gets to this point.”