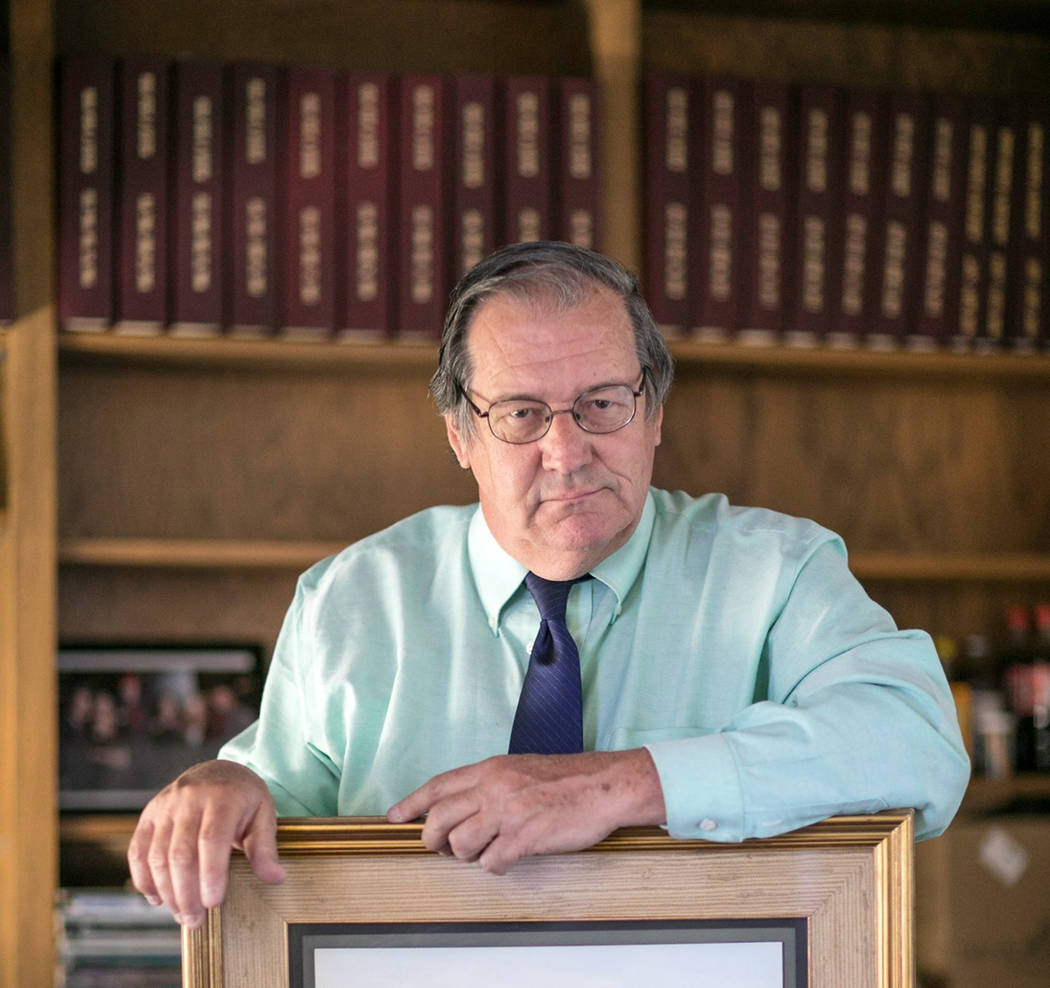 The death of Myers, 70, was announced Monday, Aug. 26, by his employer, the Reno News &Review, where he was the longtime news editor.

“He was admitted to Renown Regional Medical Center on Thursday, Aug. 22, and declared brain dead on Saturday, Aug. 24,” the News &Review said in a Facebook post on Monday. “A registered organ donor, he was kept on life support until Monday, Aug. 26, when he was taken in for surgical recovery of his organs for donation.”

“Dennis was a walking encyclopedia of Nevada history, an incisive analyst of current events, and a fearless reporter who never hesitated to speak truth to power,” the post added.

Myers, whose coverage included the Nevada Legislature, was honored with a trove of state and national awards during a long journalism career and this month was nominated for the Nevada Press Association Hall of Fame.

Being honored posthumously, he is to become the first journalist inducted into the César Chávez Nevada Labor Hall of Fame at the next Nevada Chávez Day, scheduled for March 31 .

“He takes with him a peerless repository of Nevada history and journalistic institutional memory,” said Andrew Barbano, a friend and editor of NevadaLabor.com, said in a news release Monday.

Myers was a champion of the rights of workers, unions, minorities and women. His cover story in the current Reno News &Review critiques the female majority of the 2019 Nevada Legislature, the first in Nevada and U.S. history.

Myers was a journalist from his earliest days. His “Report from Reno High School” was featured in the Nevada State Journal in the mid-1960s.

He graduated from Reno High and the University of Nevada, Reno, where he wrote for The Sagebrush, the student newspaper.

Myers was an Army veteran and became a military policeman while stationed in Europe.

Myers briefly left journalism in 1987-88 when Nevada Secretary of State Frankie Sue Del Papa appointed him as her chief deputy. He was co-author of “Uniquely Nevada,” a children’s history textbook, and a contributor to the books “The Mythical West” and “Covering the Courts in Nevada.”

Myers received the 2017 Media Representative of the Year Award from the Truckee Meadows Human Services Coalition.

“He was a consistent and admirable advocate for the rights of minorities, workers and women. We will remember him at the NAACP’s 74th annual Freedom Fund Banquet,” said Barbano, Reno-Sparks NAACP first-vice president. The event is scheduled for Oct. 19 at the Grand Sierra Resort and Casino in Reno.

Myers was born Dec. 28, 1948, and his family moved to Nevada when he was about 5 years old. His father, Dutch Myers, ran a downtown Reno barbershop across the street from the old Reno Evening Gazette/Nevada State Journal building on Center Street.

Myers was preceded in death by his parents; a son, David Wayne Myers Dean (1970-2017) and David’s mother, Connie Taylor Dean. Like his father, David was a veteran. Dennis Myers is survived by his brother, Tom Myers, a resident of the Philippines; daughter-in-law, Ball State professor Tereza Sedlbauerova; four grandchildren, one great-granddaughter and one niece.