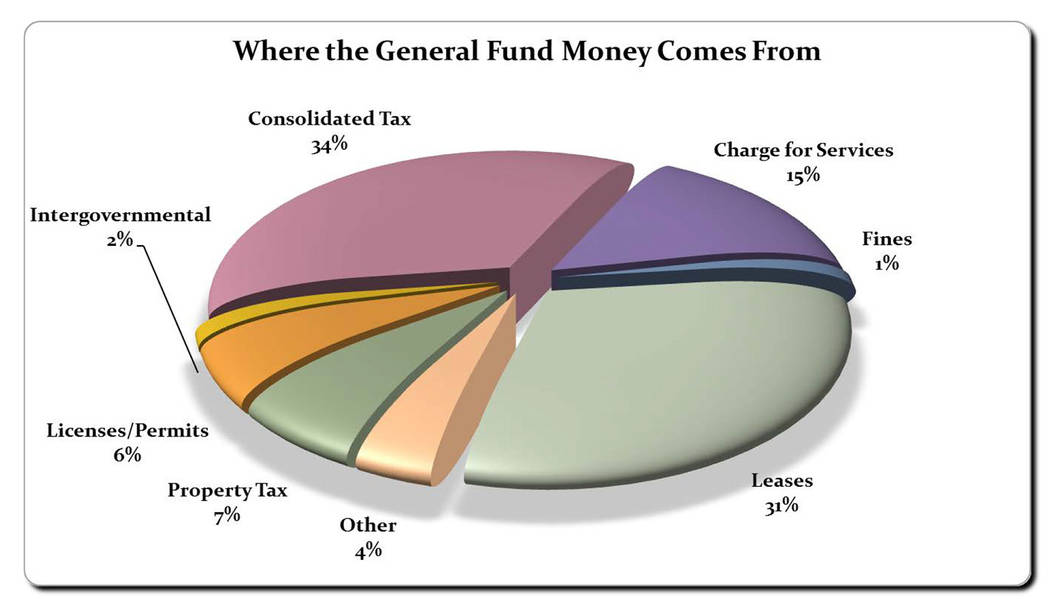 Boulder City Boulder City’s Finance Director Diane Pelletier recently released the tentative budget for the 2019 fiscal year, which has a projection of $31,864,656 in the general fund, including the money for the capital improvement plan. 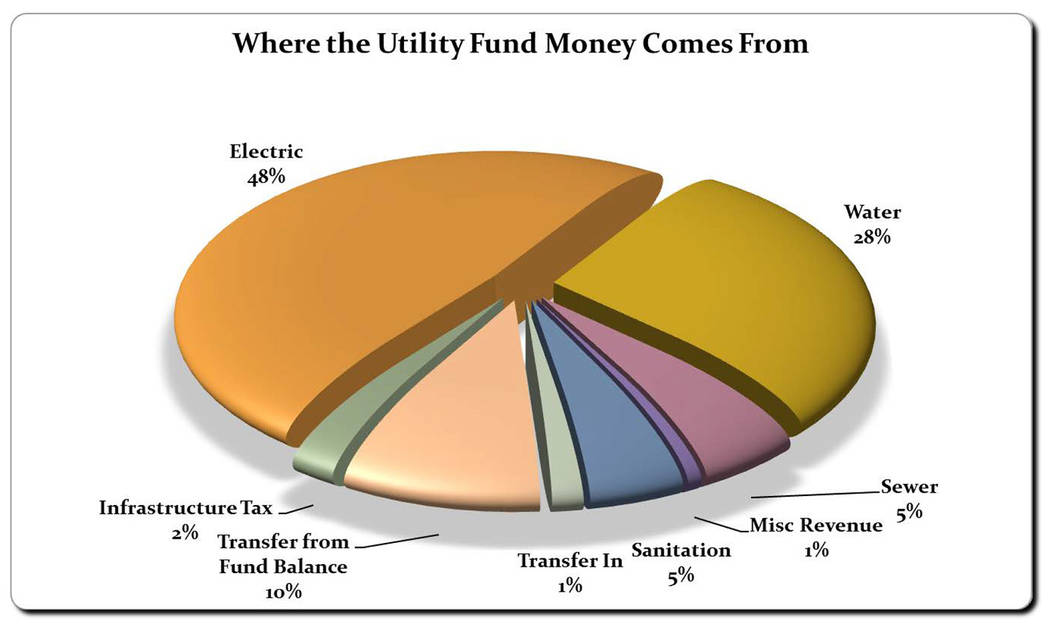 Boulder City’s fiscal 2019 budget is projected to be more than $1 million larger than its 2018 budget.

“This is the first draft of the document, and we will make enhancements and improvements to it,” she said.

Pelletier said this is the earliest in the year the budget has been done to this amount of detail, and staff had to make some assumptions with it. Last year the budget process started in March.

“At this time, the 2019 budget is tentatively larger than the current FY18 budget due to projected additional income from leases,” she said. “These numbers are not final and will change.”

The largest source of revenue within the general fund is the consolidated tax from the state, which accounts for 34 percent of the total revenue. Solar leases are the next largest at 31 percent. Property taxes account for 7 percent of the revenue.

Acting City Manager Scott Hansen said officials were waiting for the final amount of consolidated tax from the state.

In the budget workshop, council members and staff discussed the general fund and what is included in the proposed 2019 budget.

Hansen outlined several new and modified employment positions for the budget that included a weekend and evening position for youth sports, more reserve squad hours for the Fire Department, a landscape maintenance worker, an electric lineman, an airport administrative coordinator, a public works coordinator and a design and construction coordinator.

The additional hours will provide a third rescue service for the Fire Department.

Councilwoman Peggy Leavitt said she agreed with funding a reserve squad at the Fire Department, especially with Interstate 11 opening, as well as the different positions in the Parks and Recreation Department.

She also said she was surprised there was not a request for more police dispatchers.

“I see there is a need … to me the question is what is the best way to fill that need,” Hansen said. “I’m hesitant to just add more people.”

“That’s the goal we need to work toward,” he said.

Mayor Rod Woodbury said the debate is over whether the city continues to use the money for its current purposes, which includes grants for nonprofits, or whether the city should find another funding source for those grants.

Councilman Kiernan McManus said he wanted to discuss ways RDA funds could be best used for redevelopment in the city as well as finding other ways for the city to support businesses.

In addition, McManus said he wanted a better account of the solar lease revenue as it comes into the city.

“I’m concerned that if we don’t … account for the money separately … should anything happen … that would put a real crimp on our city budget, and that can happen quickly,” he said.

He suggested spending the money on things that could be postponed if the money had to be removed from the budget.

Woodbury agreed it was important to better account for those monies, because the city does not want to be too reliant on them.

Per state law, the tentative budget must be submitted to the Department of Taxation by April 15, and the City Council must approve the final budget by May 31.