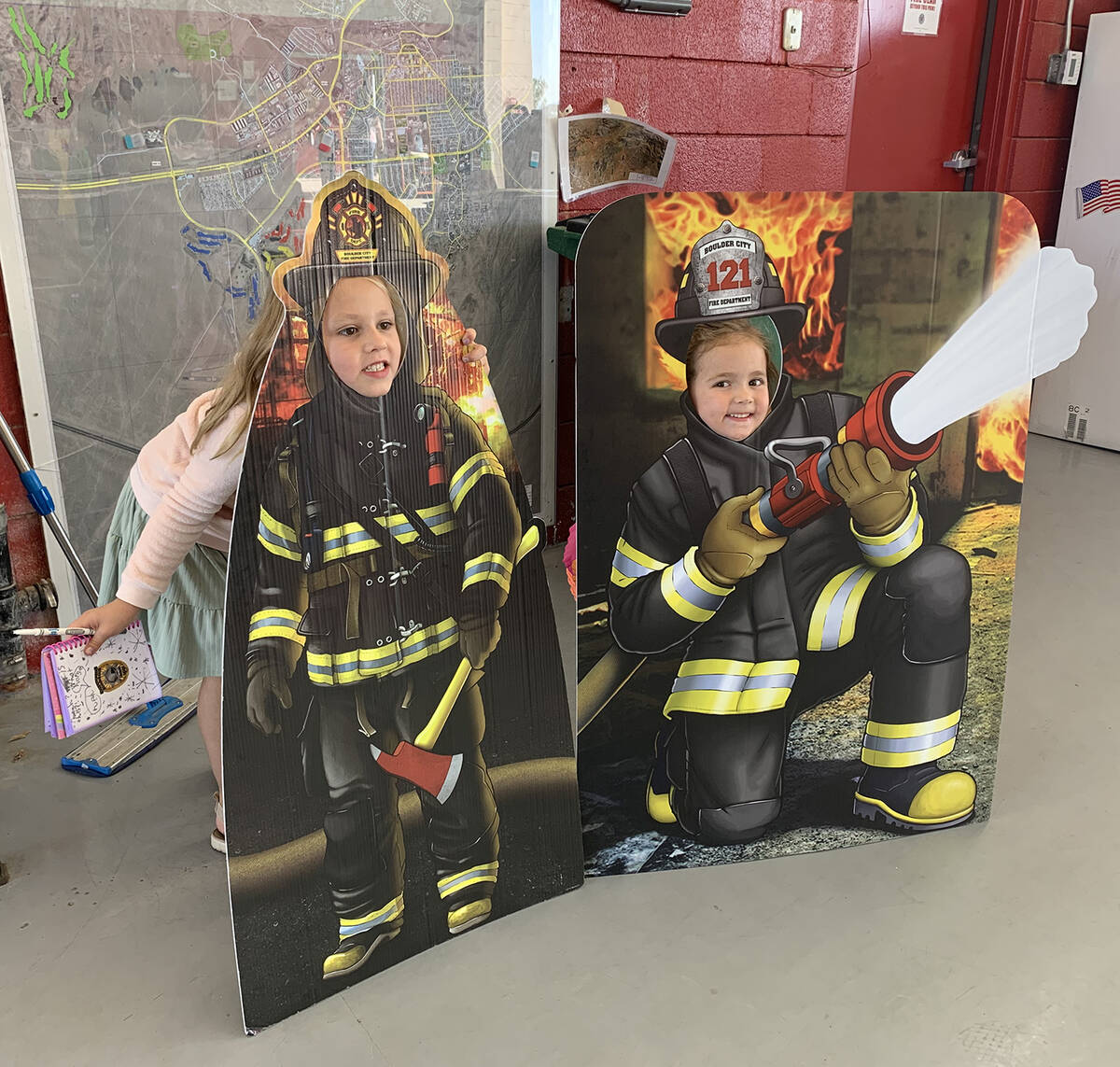 (Boulder City Review file photo) Sisters Norah, left, and Hazel Holley posed for a picture during the pancake breakfast and open house at the Boulder City Fire Department in 2021. This year's event will be held from 8-11 a.m. Saturday, Oct. 8, at the station, 1101 Elm St.

The Boulder City Firefighter’s Association has been presenting the breakfast for roughly two decades and Nigel Walton, a training captain for the BCFD, has been a part of the past 10 of these events.

Breakfast will be provided for attendees and they can tour the facility after and talk to the on- and off-duty firefighters. This gives residents the opportunity to get to know the men and women in the department who will be responding to calls around the city.

“We are here to serve the public and be a part of the community,” Walton said. “When people see a familiar face when they have an emergency case there is a little bit of an ease when they recognize and know they’re there to help them.”

Kids will be able to crawl in and out of the fire trucks and enjoy the equipment demonstrations put on by the firefighters, according to Walton. Mercy Air Ambulance, a helicopter for medical emergencies, is expected to be there, as is the Boulder City Police Department’s mounted unit.

At breakfast, the Boulder City Firefighter’s Association will be selling their merchandise and accepting donations. Funds raised at the breakfast will mainly go to support and give back to the community for things such as sponsoring sports programs and donations to the Southern Nevada State Veterans Home during the holidays.

“We love being able to be a part of the community and be an avenue to donate to them, give back to the community,” Walton said.

Over the past year, the association was able to go to Mitchell Elementary School to give all the students a gift.

“That was really really fun, seeing the kids’ faces,” Walton said. “When you’re serving the community it’s always fulfilling. Every year there’s a new memory that keeps you going and that’s great.”