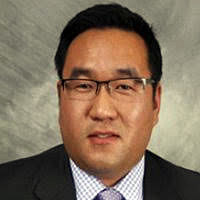 Councilwoman Peggy Leavitt was not in attendance Councilman Cam Walker excused himself from the vote.

According to Fraser, the city did a number of phone and in-person interviews with Kim. The city also sent someone down to Afton to talk to his former employees.

Fraser said that Kim was thoroughly vetted and will go a great job at an important position.

“We took this selection very seriously because this is the person we are trusting our money with,” Fraser said. “We have done our due diligence and I think he is the right man for the job.”

Kim replaces Shirley Hughes, who resigned in July to become city administrator in Liberty, South Carolina. When she left, Hughes’ annual salary and benefits were $186,320.

Kim’s annual salary will be $127,174, according to Bryce Bolt, city administrator.

Fraser said Kim’s management skills and his relationship with staff were key in his decision.

Kim did not say much at the meeting and gave a brief introduction.

Kim also jokingly said he would not be bringing his snow blower from Wyoming to Nevada.

Mayor Rod Woodbury said he was very happy with Fraser’s decision, but cautioned the public to temper its expectations when Kim first starts the job.

“He brings a really different skill set to the table and we like that,” Woodbury said. “But there is always a learning curve with this job as there is with any job. I would ask that you not have to high expectations immediately.”