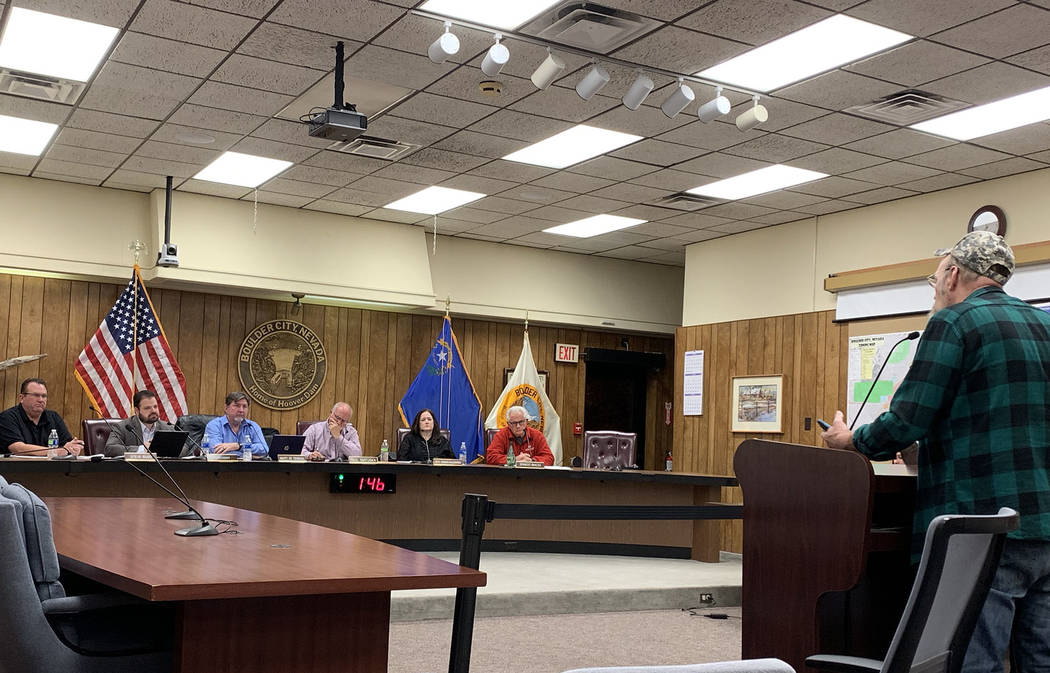 After hearing nearly two hours of comments from community members about the importance of preserving the city’s historic artifacts, planning commissioners failed to pass a resolution that would recommend changing the zoning of a 1.92-acre parcel that houses the old water filtration plant from neighborhood commercial to government park during their meeting Wednesday, Jan. 15.

The motion failed in a vote of 4-2, with commissioners Paul Matuska and Ernest Biasci in favor of the proposal.

The commissioners’ recommendation to leave the parcel zoned neighborhood commercial will be forwarded to City Council, which is expected to consider the issue at its Feb. 11 meeting.

The original request to make the change came from City Council, which wanted the zoning to reflect current uses at the site, which also includes the Teddy Fenton Reflections Park and the city’s community gardens. No changes to how the land is being used were proposed.

“It’s been called a park for years; let’s make it a park,” said Glenn Feyen, who opened the public comment session.

Though people spoke in favor of and against recommending the zoning change, no one advocated demolishing the building or making any renovations that would take away from its historical significance.

Resident Chris Goggin, a licensed mechanical engineer, called the water filtration plant an engineering and technical marvel. He said it is based on 2,000-year-old Roman technology and needs to be preserved.

Blair Davenport, a member of the city’s Historic Preservation Committee, said the property should be rezoned.

“It’s a crown jewel. It’s not an ugly property or an eyesore. It’s not hurting anyone’s property value,” she said.

“Parks mean something different for everybody,” she said, noting that buildings at ABC Park serve as fitness and art centers. “Parks can be anything.”

Davenport also expressed concerns that if the zoning wasn’t changed, it could be sold.

Planner Steve Rudd also questioned how the zoning change would affect ownership of the parcel.

City Planner Susan Danielewicz said the issue at hand was not if the property could be sold, which wasn’t possible without a vote from the community, but about how it should be zoned.

“Even if it is rezoned, there will be no change in ownership,” she said.

On a similar note, commissioners Beth Bonnar-Kaczmarski and Matuska asked if zoning the parcel government park would make it more difficult to sell or prevent the land from being sold.

“No,” was the answer from Danielewicz.

“The question of whether the water treatment plant should be used commercially not only has not been answered, it was not asked,” said lifelong Boulder City resident Grant Turner. “I care deeply about the building.”

Turner, who was in favor of leaving the property’s zoning as it stands, advocated for a vote from residents and taxpayers about what should be done with the building.

Planning Commissioner Nate Lasoff asked if changing the zoning would cause additional expenses for the city to maintain the property.

Michael Mays, community development director, responded that maintenance expenses for all city properties are addressed through the annual budgeting process and that since the parcel in question is already owned by the city, there should be no additional costs incurred at this time.

Currently, the city owns 1.55 acres of the parcel. The other plots, 0.29 acres of parking lot and .08 acres of the community gardens, are owned by the Bureau of Reclamation. According to Danielewicz, the city is working to get ownership of those plots transferred to the city.

In addition to the public hearing about the zoning change, planning commissioners held their annual election of officers. Steve Walton, who is on a break from the group while he serves as interim fire chief, was elected chairman. Matuska was elected vice chairman.