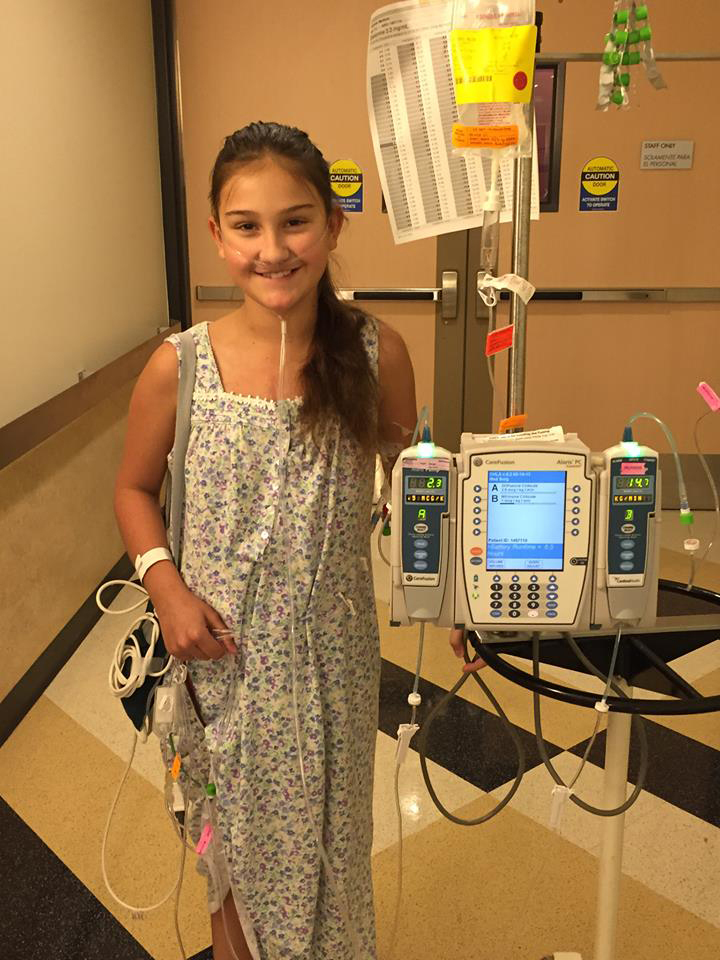 Photo courtesy the Elizondo family Madison Elizondo, a fifth-grader at King Elementary School, has hypoplastic left heart syndrome. After six open-heart surgeries and a pacemaker, her heart is failing and needs to be replaced.She received a new heart July 13 and doctors have given her an excellent prognosis.

Fifth-grader Madison Elizondo, a student at King Elementary School, received a heart transplant Monday morning and is on the road to recovery, said her father, Paul Elizondo.

“At 5 p.m. yesterday we got the call that she got a heart,” he said Monday afternoon. “It was tremendous news.”

Maddy, as the 12-year-old is affectionately called by family and friends, went in for surgery 12 hours later and her new heart began beating as soon as doctors put it in, Elizondo said.

Madison, who was born with hypoplastic left heart syndrome, a form of congenital heart disease where the entire left half of the heart, including the aorta, aortic valve, left ventricle and mitral valve, is underdeveloped, has been at Childrenâs Hospital of Los Angeles since April.

The news and transplant came after an exceptionally tough week for the family. Elizondo said he and his wife, Gina, who has been staying in Los Angeles near the hospital, made the agonizing decision to put their daughter on a breathing machine Saturday because her other vital organs were beginning to fail because of the stress being put on her heart.

“It was a difficult decision to put her on a breathing machine. It meant she would be heavily sedated and lose the ability to communicate,” he said.

Putting her on a ventilator also only gave her a 50 percent chance of getting better, Elizondo said.

He said the prognosis was grim and he and his wife were beginning to consider making funeral arrangements.

“No one wants to make those kind of decisions,” he said.

She has been on the transplant list since April, when she was given three to six months to live.

“And here we are at the fourth month. Time was really counting down when we got that call that changed our lives forever,” Elizondo said, adding that they may not learn anything about the donor until sometime in the future.

Elizondo said he and their three other children, Mathew, 21; Alex, 13; and Allyssa, 8, have been visiting periodically and he tries to stay three days at a time, if possible.

The Elizondo family lives in Henderson, but Paul and Gina were born in Boulder City. Paul is an officer with Metropolitan Police Department in Las Vegas and Gina is a special education teacher at King Elementary. Additionally, their younger children attend school in town.

Madison will have to remain in isolation at the hospital for 30 days as her body adjusts to the new heart. Elizondo said she will have to take anti-rejection medication and build up her immune system, which was basically reduced to nothing to help her body accept the new heart. Then she will be in recovery for at least three months.

He said he is extremely optimistic that there will be no complications with the transplant as the hospital has a very high rate of success with these types of operations.

“She has come such a long way. She has tremendous spirit and sheâs a tremendous fighter.”