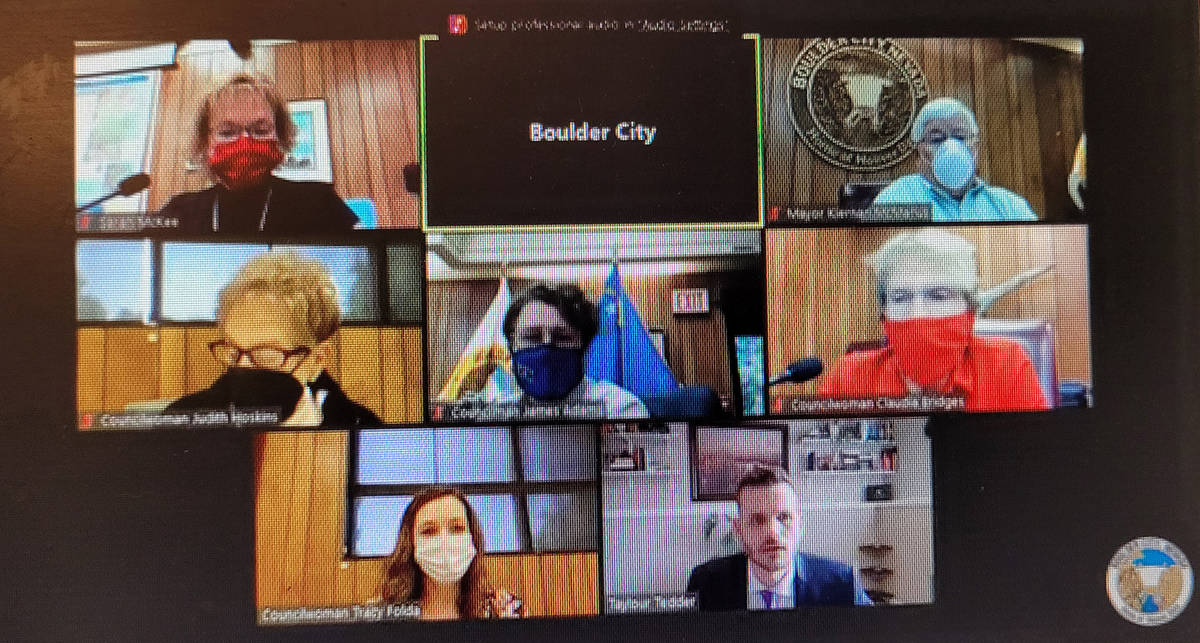 Celia Shortt Goodyear/Boulder City Review City Council is moving forward with a background check and in-person interview with Taylour R.B. Tedder, who is being interviewed here on April 14. He is one of two finalists for the open city manager position. 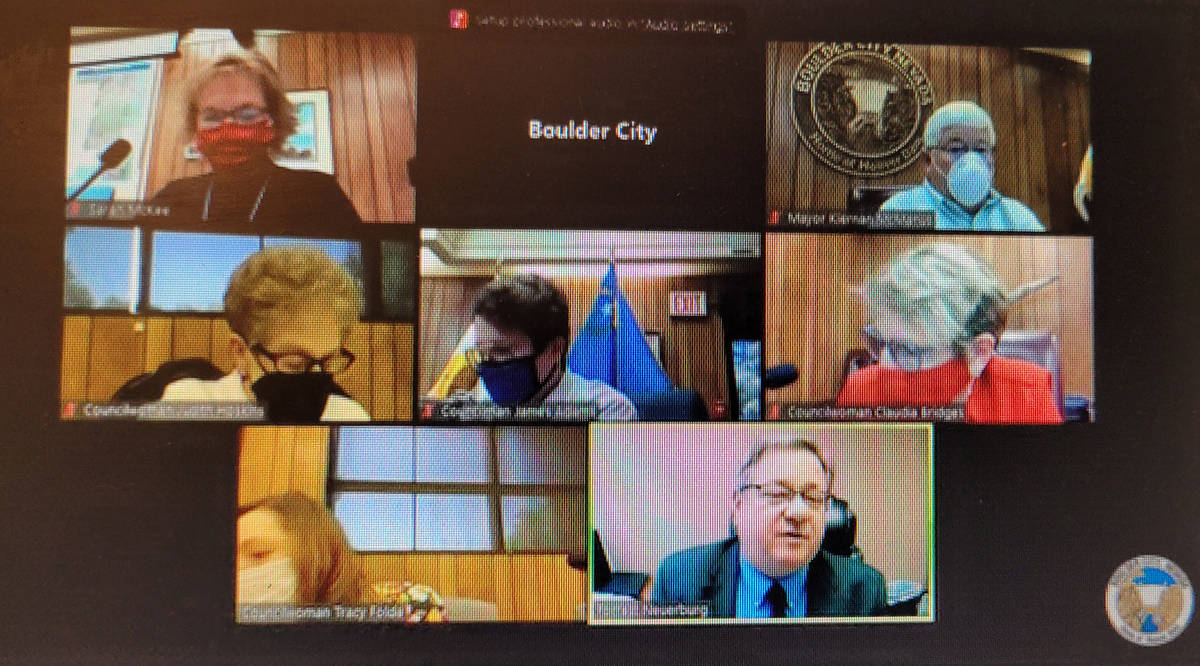 Celia Shortt Goodyear/Boulder City Review City Council is moving forward with a background check and in-person interview with Forest H. Neuerburg, who is being interviewed here on April 14. He is one of two finalists for the open city manager position.

At a special meeting Wednesday, April 21, council unanimously approved having GovHR USA do background checks on Forrest H. Neuerburg and Taylour R.B. Tedder in the next two weeks and then invite them for an in-person interview.

According to the scoring and analysis from their April 14 interviews, Tedder ranked the highest and Neuerburg was second. Council also interviewed Jessica J. Brown, Edward O. Dickie and Dana P. Hlavac. Hlavac was third, Dickie was fourth and Brown was fifth.

Councilwoman Claudia Bridges said based on the scoring, she would be “satisfied with taking the top two candidates.”

“I would like to take it down to two since we had five,” added Councilwoman Judy Hoskins.

Folda said the three who stood out to her were Dickie, Neuerburg and Tedder.

Adams suggested they move forward with three in case someone withdrew or had a bad background check.

Mayor Kiernan McManus disagreed with Adams and Folda and said he was also in favor of moving forward with the top two.

“I felt we had a very good pool of candidates here, but we are at that point where we’re getting to a place where we need to make a decision and unfortunately, this is how this process works,” he said.

The two finalists for the job will be contacted the week of May 10 about the interviews, which will include some type of event where they can interact with the community, a tour of the city and answering questions from council at a special meeting.

Neuerburg has worked in public administration for 26 years and has experience in Wyoming and Colorado. In addition to working as a city manager, he has worked as city planner, city administrator, utilities superintendent and airport manager.

Tedder has five years of experience as assistant city manager in Leavenworth, Kansas. According to his cover letter, he has a variety of other experience, including with information technology.