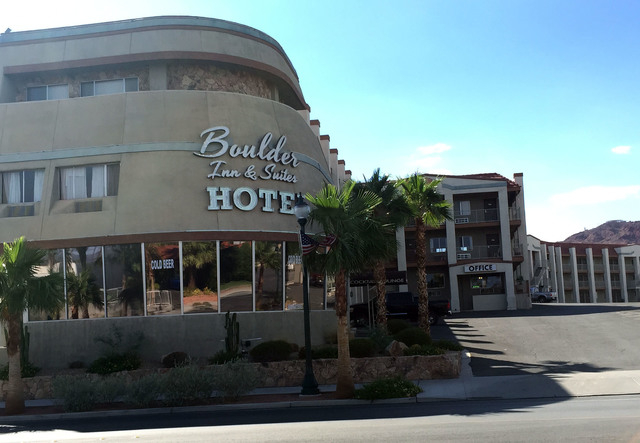 The Boulder Inn &Suites may be the largest hotel in town, but the property has fallen on financial difficulties.

The 113-unit hotel at 704 Nevada Way, owned by AMC Property Holdings and managed by Bret Caruso, according to court records, filed for Chapter 11 bankruptcy protection Jan. 14 after incurring a debt of almost $3.5 million. In April, paperwork was filed to change the bankruptcy to Chapter 7, records show.

Chapter 7 bankruptcy calls for liquidation of all assets to pay off creditors, while Chapter 11 bankruptcy would have allowed the company to reorganize and negotiate with lenders to pay off or reduce its debt.

The hotel has an account with the Boulder Dam Credit Union where it owes $3.49 million, according to court records. Eric Estes, CEO of the credit union, said he could not comment on the bankruptcy.

According to Boulder City Chamber of Commerce records, the Boulder Inn &Suites had been a member since 2005, although its account had not been active since April. The hotel also received an abundance of negative online reviews and comments from guests.

Attorneys Bart Larsen and Natalie Cox are representing AMC Property Holdings in the case, records show. Neither returned calls for comment, nor did Caruso.

“We’re always sad to see a business in our community struggle, especially a chamber member who’s been with us since 2005,” said Brina Marcus, chairman of the Boulder City Chamber of Commerce. “The community really enjoyed the chamber mixer we held there in 2014 after (its) renovation. We wish the best for the owner and the employees.”