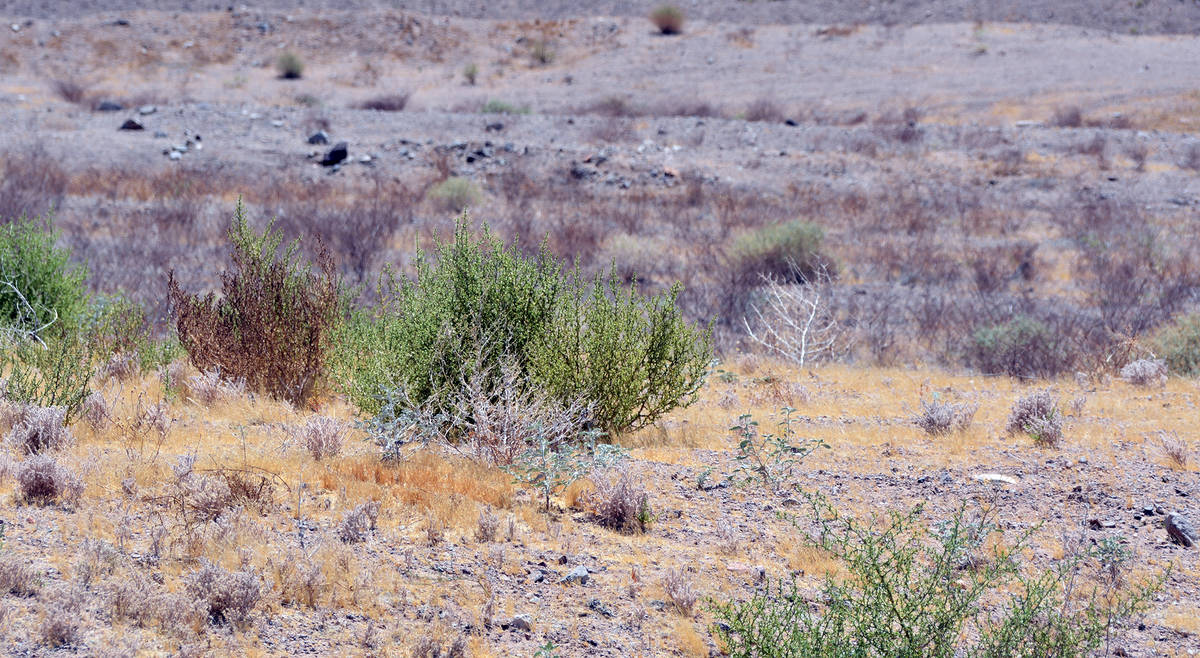 (Celia Shortt Goodyear/Boulder City Review) A fatal disease for rabbits has been discovered in Boulder City and it has the potential to change the desert landscape.

A fatal disease with the potential to change the makeup of the local desert landscape was recently found in Boulder City’s wild rabbit population.

Rabbit hemorrhagic disease does not affect humans but is fatal for wild and domestic rabbits. According to the Nevada Department of Wildlife, a dead wild cottontail rabbit found in town in June tested positive for the disease.

Animal Control Supervisor Ann Inabnitt said she and the shelter staff are aware and monitoring the situation.

“We are not seeing a bunch of dead rabbits yet,” she said.

Todd Esque of Boulder City, a researcher with the United States Geological Survey, found the dead rabbit and submitted it for testing through NDOW. He said RHDV2 can negatively affect desert conditions and wildlife.

“Besides influencing the desert plants, rabbits and hares are the primary food source for several important predators such as coyotes, kit foxes, gray foxes and golden eagles, among others. … If the virus were to kill a large proportion of the rabbits, there is concern that the predators will switch their prey choices and begin feeding on protected species such as the desert tortoise, or other protected species,” he said. “Alternatively, researchers speculate that predator numbers will decrease in response to lower prey availability.”

He said his research team has sent in additional samples from their work on rabbits and coyotes.

For prevention, Inabnitt said she and the staff are not allowing any equipment to be brought into the shelter from calls involving dead rabbits. The remains are also buried or cremated.

Rabbits infected with the disease may experience a loss of appetite, respiratory illness, blood around the nose or no symptoms at all before dying. Anyone who sees two or more cottontails or jack rabbits, or any pygmy rabbits and pikas, that are sick or dead, or has blood coming from their nose or mouth, is encouraged to call NDOW at 775-688-1500.