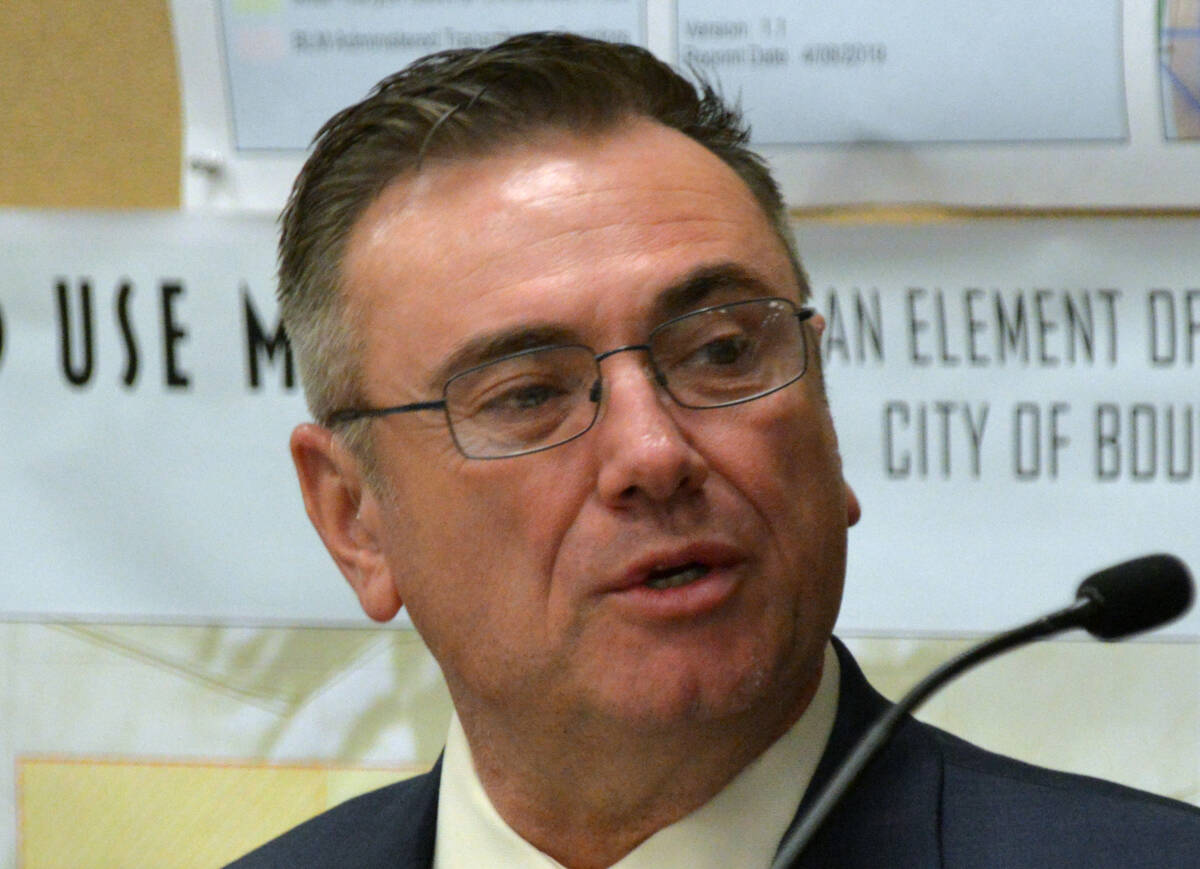 (Boulder City Review file photo) Former City Manager Al Noyola has sued the city claiming he was fired in retaliation for serving as a witness regarding complaints made by by city employees regarding "religious discrimination, harassment, bullying and creating a hostile work environment."

According to Noyola, the lawsuit reinstates the claim that he was fired in retaliation for being a witness and substantiating allegations made by several city employees of “religious discrimination, harassment, bullying and creating a hostile work environment” by Mayor Kiernan McManus.

This is the same claim made in his original lawsuit against the city that was withdrawn in November 2020 because he had not “exhausted his administrative remedies.”

Those included a complaint of discrimination filed with the Nevada Equal Rights Commission in August 2002 that was forwarded to the U.S. Equal Employment Opportunity Commission to investigate.

The EEOC sent him a letter April 26 notifying him that it has completed its investigation and would not proceed further, giving him the right to sue. His notice also stated that the commission’s determination did not mean that his claims had no merit or certify that the city was in compliance with the law.

City Attorney Brittany Walker said that the “right-to-sue notice from the Nevada Equal Rights Commission or the Equal Employment Opportunity Commissioner” was necessary in order for an employee to file a complaint of discrimination or retaliation.

“Both entities are also empowered to investigate claims and take action if discrimination is found. NERC investigated and found that the evidence presented did not meet the legal criteria to establish that discriminatory acts occurred. Similarly, the EEOC closed its investigation into the matter,” she said.

Noyola said he had to move forward with the lawsuit for several reasons, including protecting himself and his reputation, to help re-establish trust in government leaders, and to show that “it doesn’t matter who you are, you are not above the law.”

Noyola’s suit claims that he was given notice of a meeting to discuss terminating his employment with the city less than 24 hours after he was interviewed regarding the complaints levied against McManus and then-Councilwoman Tracy Folda.

The agenda items to discuss his termination stated the City Council would consider “his character, alleged misconduct, and/or professional competence.”

However, in his lawsuit he contends that during the 2½ years he served as city manager he was never disciplined or reprimanded and that the city had not conducted any performance evaluations.

Noyola is seeking any lost wages and benefits, punitive damages to discourage the city from “retaliating against its employees for engaging in protected activities,” funds to cover any tax liabilities he may incur, and to recover legal fees and costs.

Although he has requested a jury trial, Noyola is optimistic that the case can be settled.

He said he has “confidence that the new council, with a fresh perspective, an objective perspective, will do the right thing for the city, appointed officials and employees.”

“Truth and justice will prevail in the end. It may take a long time, but I absolutely believe that will be the case,” he said.