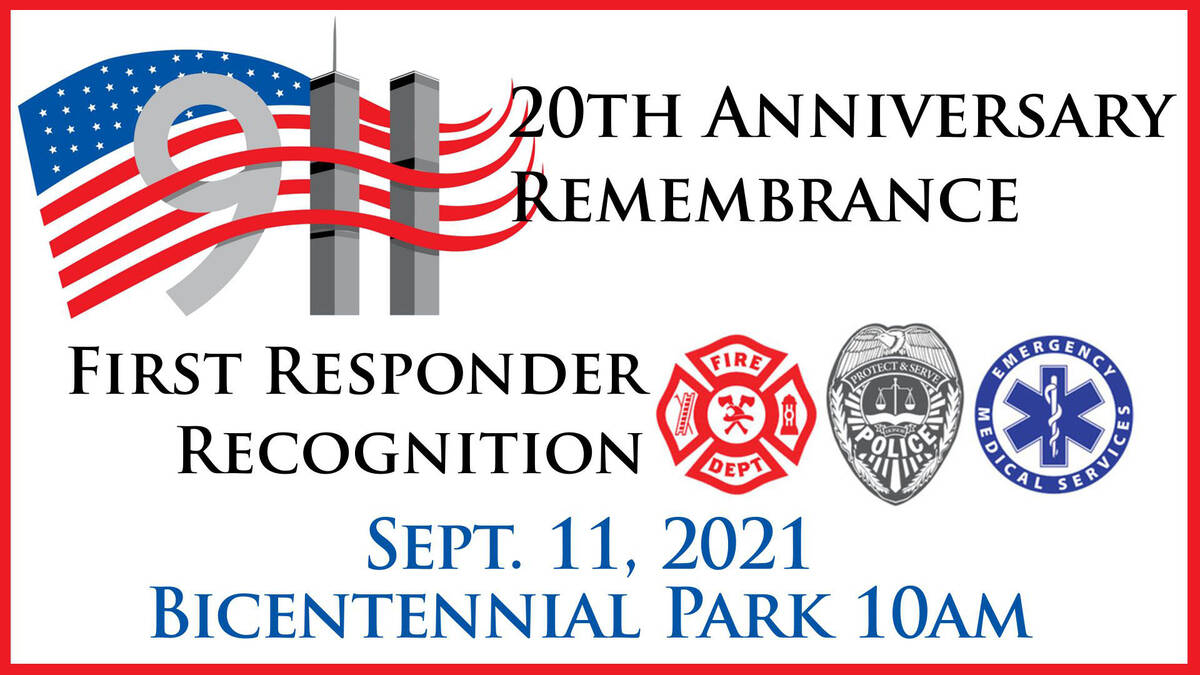 A special 20th anniversary remembrance of Sept. 11, 2001, and recognition of the area’s first responders will be held at 10 a.m. Saturday, Sept. 11, in Bicentennial Park, 999 Colorado St.

The remembrance tribute will begin at 10 a.m.

Local first responders also will be recognized for their service. Representatives from the police and fire departments, Boulder City Hospital and National Park Service are expected to attend.

King said Mayor Kiernan McManus has agreed to attend and share a message. He, along with other pastors from the ministerial association, will also say short prayers for each group of first responders.

King said the event is open to all and is not “inherently a religious event.”

“Just show up and participate by observance, attendance and acknowledgement,” he said.

Last year, because of restrictions put in place to help prevent the spread of COVID-19, King helped organize a tribute to local police, firefighters and emergency medical services providers.

The event invited area residents to write notes of thanks to police officers, firefighters and emergency medical service providers.

“It was amazing how many people … came by and dropped off something in each bin, something very specific for each group,” he said.

The recipients were “blown away” by the expressions of thanks through cards and drawings.

“Our responders are often doing a thankless job, or don’t get the level of thanks they deserve.”

King said he saw the same thing on Sept. 11, noting that first responders “put themselves in harms’ way, knowing full well that it wasn’t just harm they were facing.”

Additionally, the 13 U.S. soldiers who recently were killed in Afghanistan will be remembered and honored,” King said.

The significance of the remembrance has “only grown more important in wake of what happened in the last few weeks. … It’s hard to put into words how important this is, how important it was to have a 9/11 event,” he said.

Bicentennial Park is at 999 Colorado St.