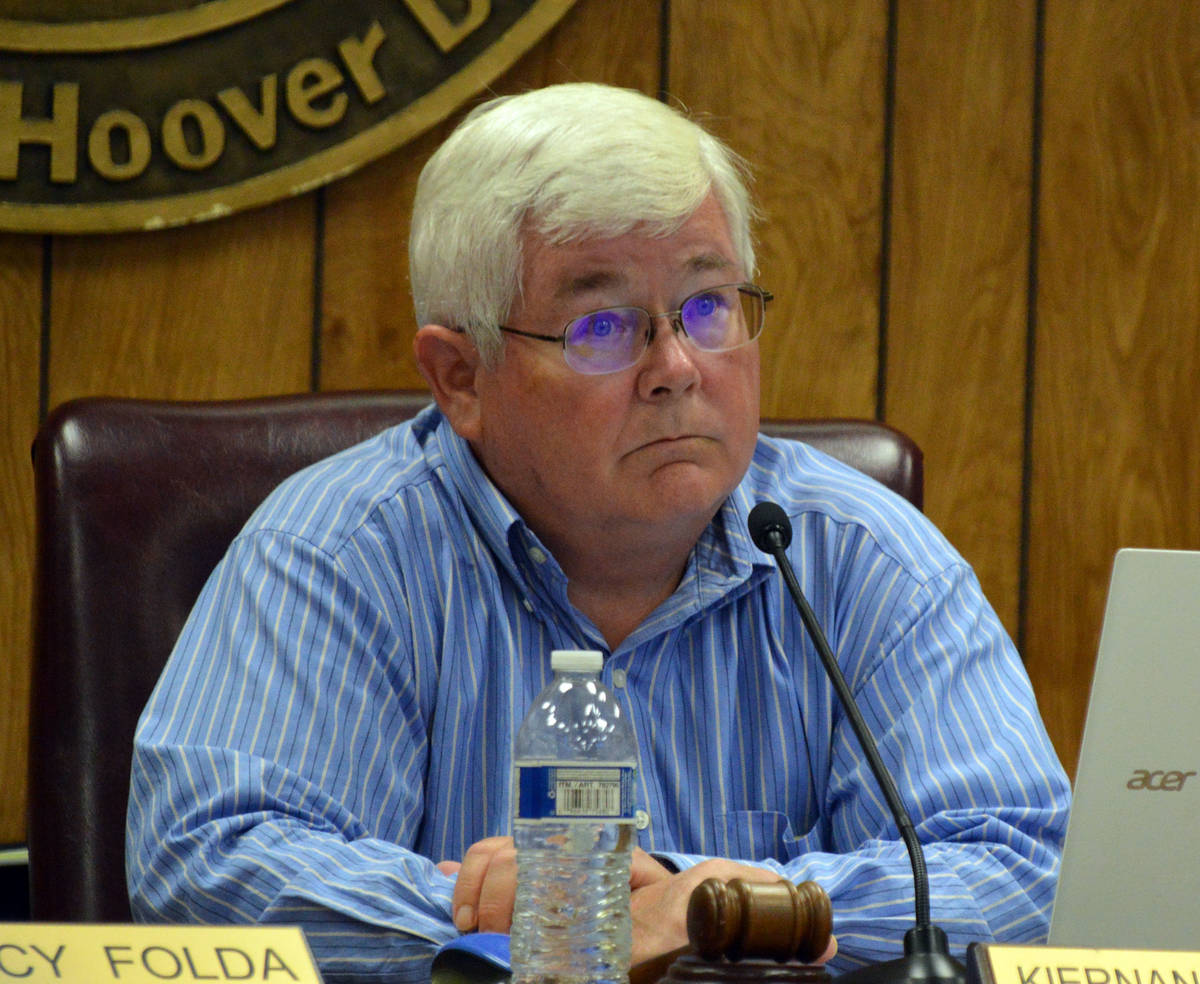 A complaint to the Nevada Ethics Commission against Mayor Kiernan McManus was dismissed March 17 after a review panel found “lack of sufficient credible evidence of a violation.”

On March 17, a review panel wrote that the “evidence does not support a factual basis … to demonstrate that McManus used his position as mayor to improperly influence a subordinate,” as claimed in an ethics complaint submitted by former Mayor Roger Tobler and former City Council members Peggy Leavitt, Duncan McCoy and Mike Pacini.

“The decision of the State Ethics Commission is yet another rejection of the deliberate smear campaign that former councilmembers and appointed officials have been waging against me,” McManus wrote in an email to the Boulder City Review. “The allegations made were again found to be baseless and without merit. When I was elected, I promised to have city government work for all of our residents and not a select few. I intend to keep that promise … .”

According to the complaint, McManus bypassed then City Manager Al Noyola and sent a memo to Finance Director Diane Pelletier on Sept. 15 requesting $36,906 in charges be paid to the Bailey Kennedy law firm including $14,400 from before the firm was officially hired by the city. They said by that action he used his position as a public officer to receive legal counsel paid for by the city in a nonofficial capacity.

Leavitt said she was disappointed with the review panel’s decision.

“They did not determine that no ethics violation existed only that there was insufficient evidence to allow them to move forward and render an opinion,” she said. “They let him off on technicalities, such as the fact that he wasn’t sued personally until two weeks after voting to retain Bailey Kennedy as the city’s attorney. Mayor McManus still spent $14,400 in taxpayers’ dollars before that firm was ever retained. … But, regardless, letting somebody off on technicalities doesn’t mean that they didn’t act unethically.”

According to the complaint, McManus also bypassed the city manager’s authority with administrative matters.

According to Boulder City’s charter, City Council “shall deal with the administrative service solely through the City Manager, and neither the Council nor any member thereof shall give orders to subordinates of the City Manager, either publicly or privately.”

The group claims by sending his memo to Pelletier instead of Noyola, who was still employed by the city at the time, McManus violated NRS 281A.400(9) that prohibits him as a public officer from “attempt(ing) to benefit a significant personal or pecuniary interest” of his own “through the influence of any subordinate.”

“After all, the mayor not only has a significant personal interest in the outcome of the litigation in terms of its potential impact on his reputation, presumed competence and character, and political career, but also a significant pecuniary interest since he has been sued individually for attorney’s fees, compensatory damages, and possibly even punitive damages,” they wrote.

Tobler said that as mayor McManus should not change the process outlined in the charter or break the law.

“At the end of the day, I want the city to be successful,” he said.

“I thought there was a problem with a series of those transactions but apparently the commission didn’t think there was enough to worry about,” added McCoy about the determination.

Since this complaint was dismissed, no more proceedings will be held. All the allegations of state law violations are also dismissed.

Memo to Finance Director by Boulder City Review on Scribd