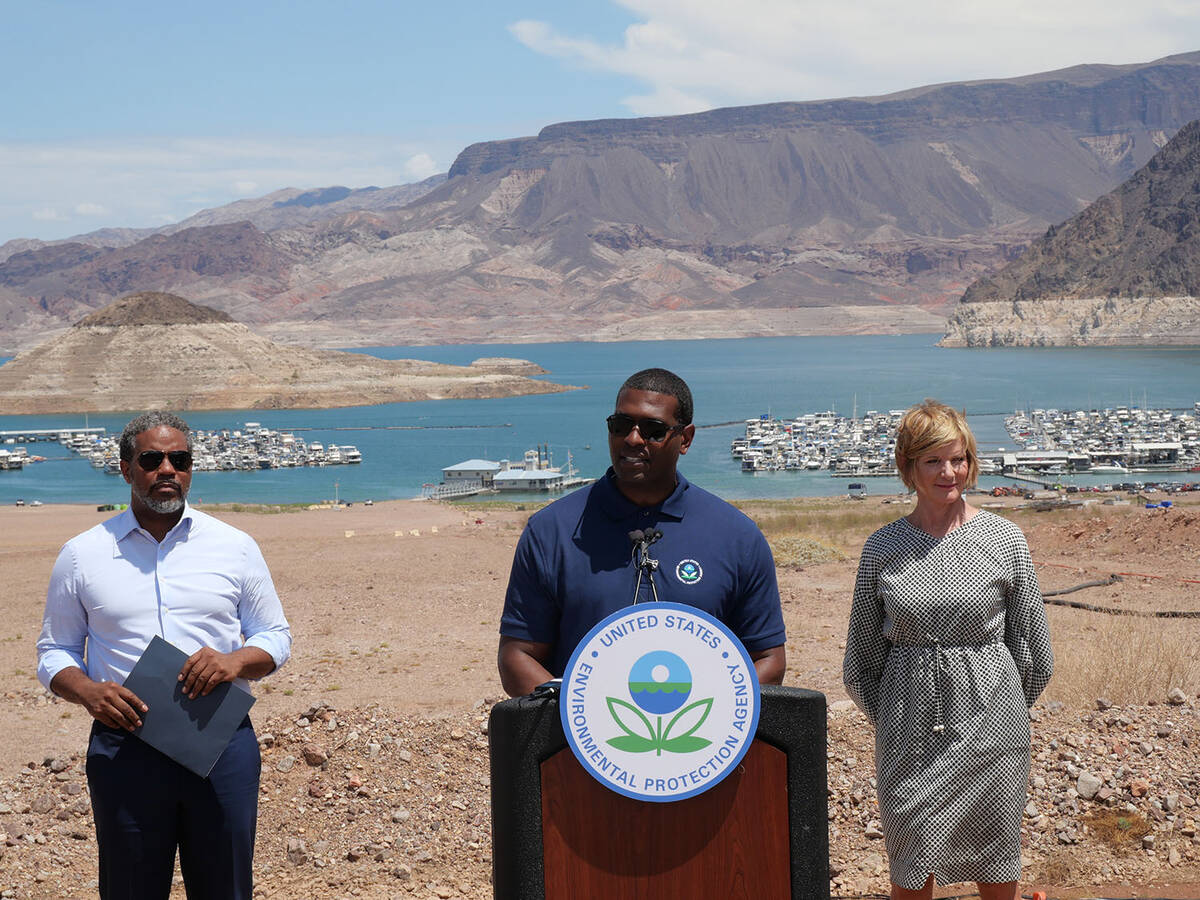 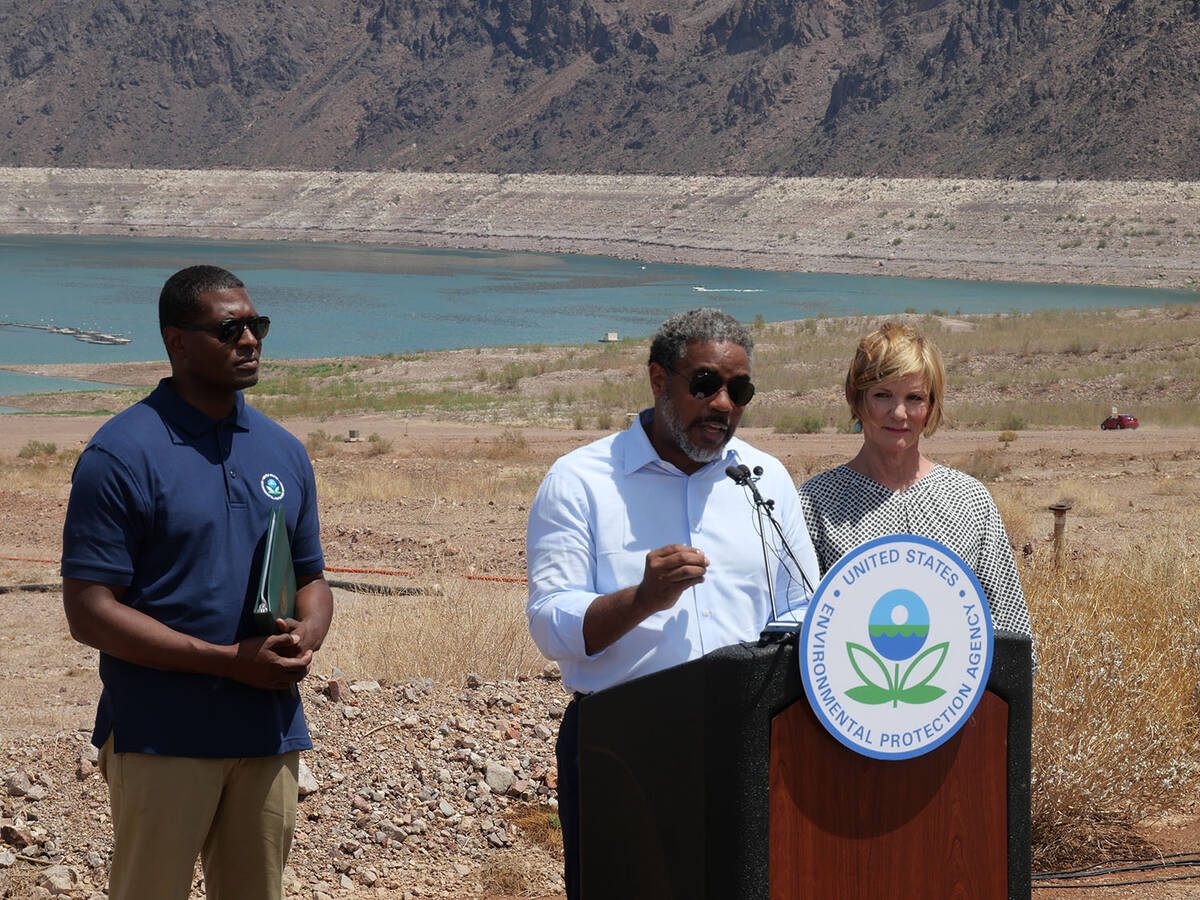 “Growing up here, this was one of the places we came to recreate. We used to learn how to swim and fish here. Just a few summers ago, I was here with my kids, and to see the decline in the water levels is just an impact on the quality of life to so many Nevadans,” Horsford said.

The level of Lake Mead, which provides water to 25 million Americans, continues to drop and is projected to be at 22 percent capacity by the end of the year. According to the Southern Nevada Water Association, the lake is expected to reach dead pool by 2025 at its current drought rate and will no longer be able to generate hydroelectric power at Hoover Dam or provide water to California, Arizona and parts of Mexico.

The current lake elevation, according to the National Bureau of Reclamation, is 1042.44 feet at the Hoover Dam.

During his visit, Regan said they are doing everything they can to mitigate the drought and effect of climate change.

“Be it heat or water scarcity, we are making sure that we are doing all that we can to help communities feel resilient to the impacts of climate change,” he said.

Horsford and Lee told the public of their intentions to vote for the Inflation Reduction Act, which Congress officially passed Friday. This act will reduce costs on health care and prescription drugs but also double as the most significant investment in climate change and drought relief in United States history, they said.

A total of $4 billion will go toward drought relief and fund environmental restoration projects on the Colorado River and Lake Mead. The bill also invests in clean energy projects, which will create approximately 9 million jobs over the next decade and cut carbon emissions by 42 percent by 2030.

“… This is just the kind of historic legislation we need as families are facing rising prices and we’re seeing the devastating effects of climate change — from drought to wildfire to catastrophic flooding,” Lee said after voting for the act.

“This could not be possible without the partnership of the Biden/Harris administration, EPA Administrator Michael Regan, Governor Steve Sisolak, Congresswoman Susie Lee, and all of our federal partners who are working to ensure the resources get to where they need to be,” Horsford said.

“Today, the House passed historic legislation I supported in the Senate to reduce the deficit, lower drug prices, and help us create good-paying clean-energy jobs. The Inflation Reduction Act, which will soon become law, will strengthen Nevada’s economy, help us combat the climate crisis, and lower costs for families and seniors,” said Sen. Catherine Cortez Masto on Friday.