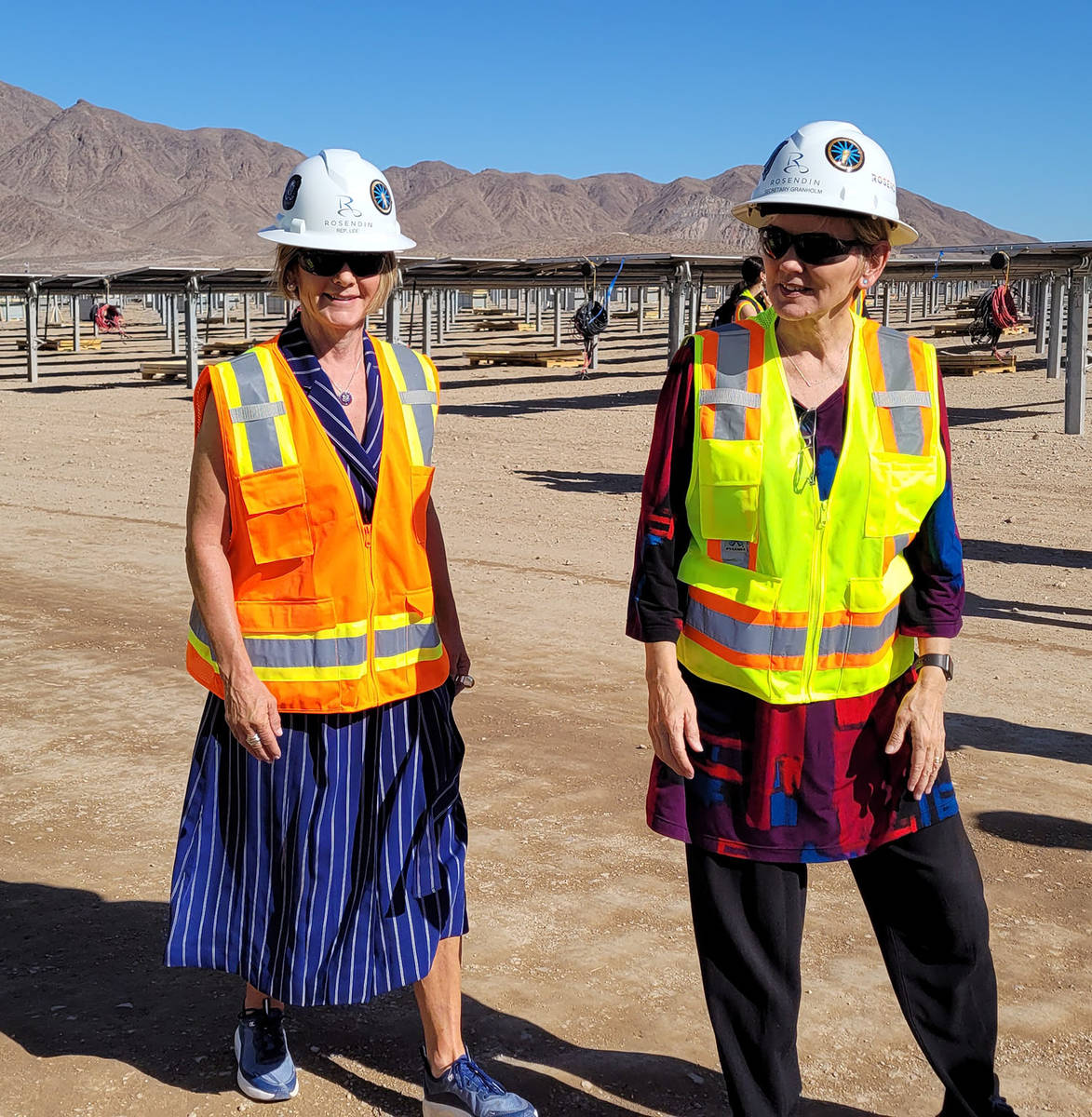 Celia Shortt Goodyear/Boulder City Review U.S. Rep. Susie Lee, left, and U.S. Secretary of Energy Jennifer Granholm tour Townsite Solar 1 in the Eldorado Valley outside of Boulder City on Friday, June 11. Their visit was to promote and celebrate solar energy and their commitment to it. 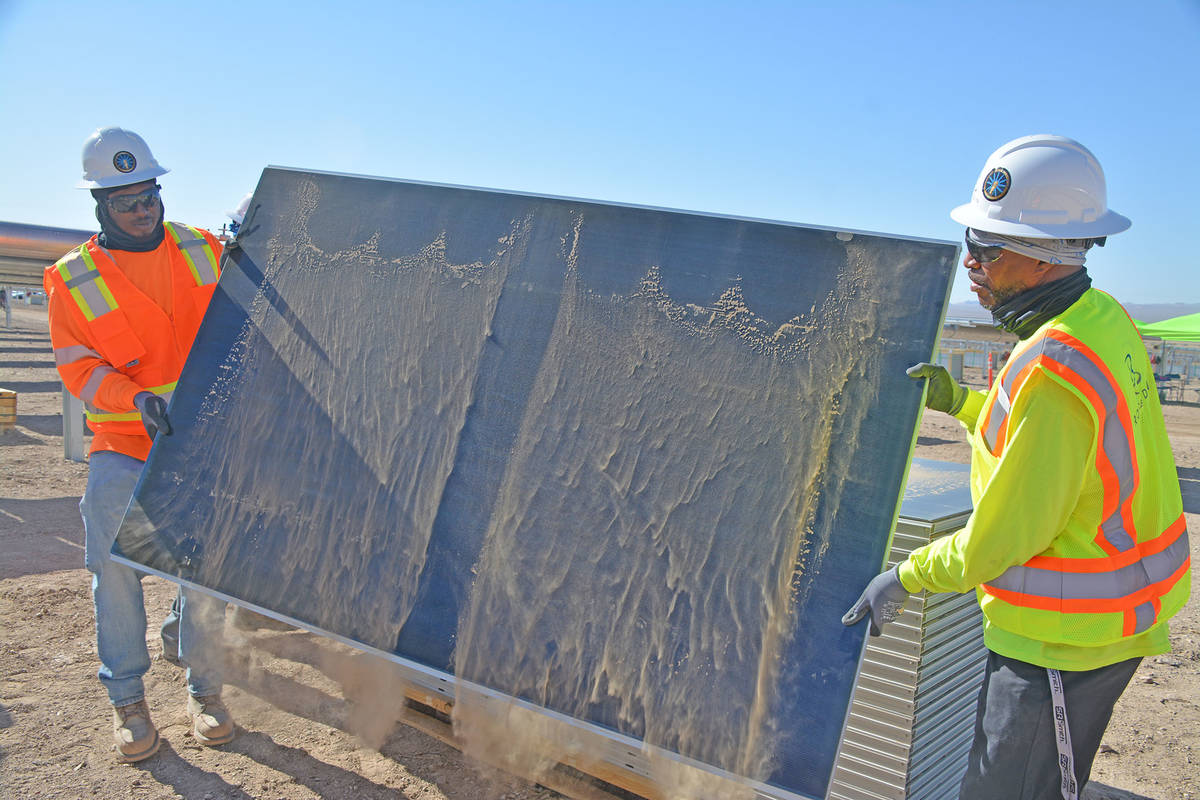 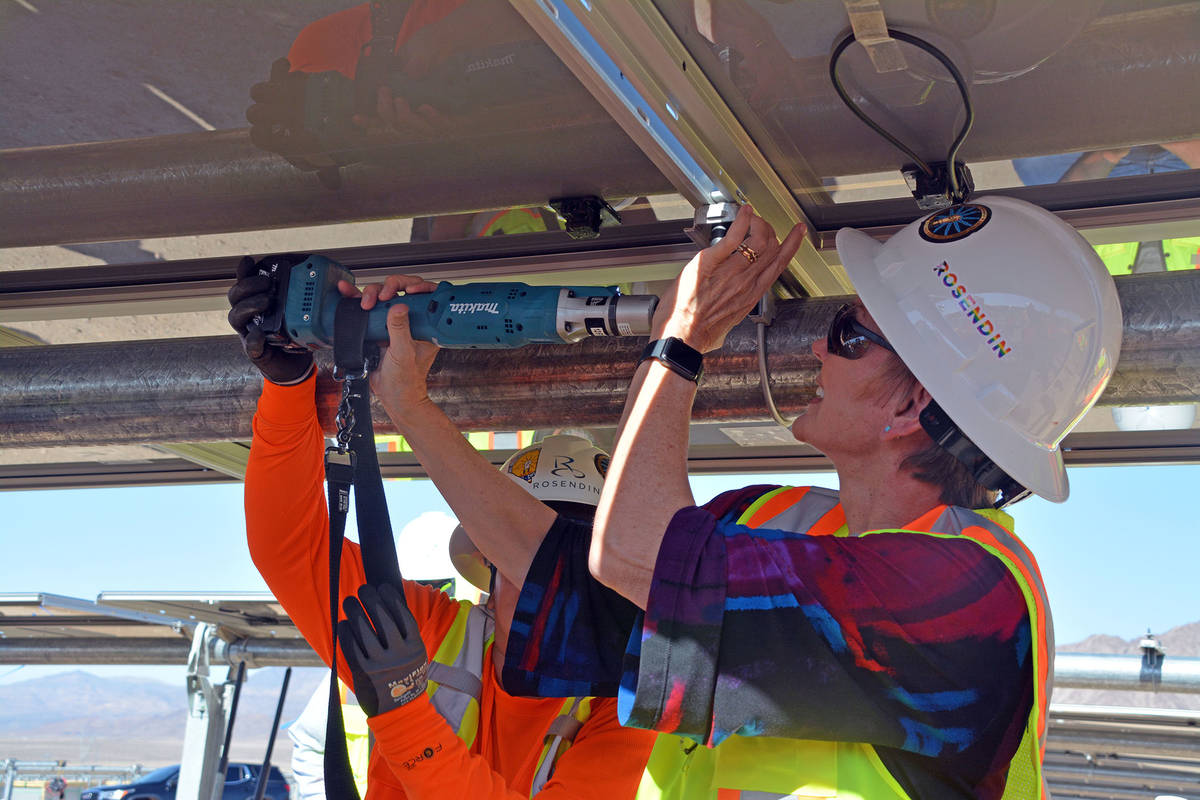 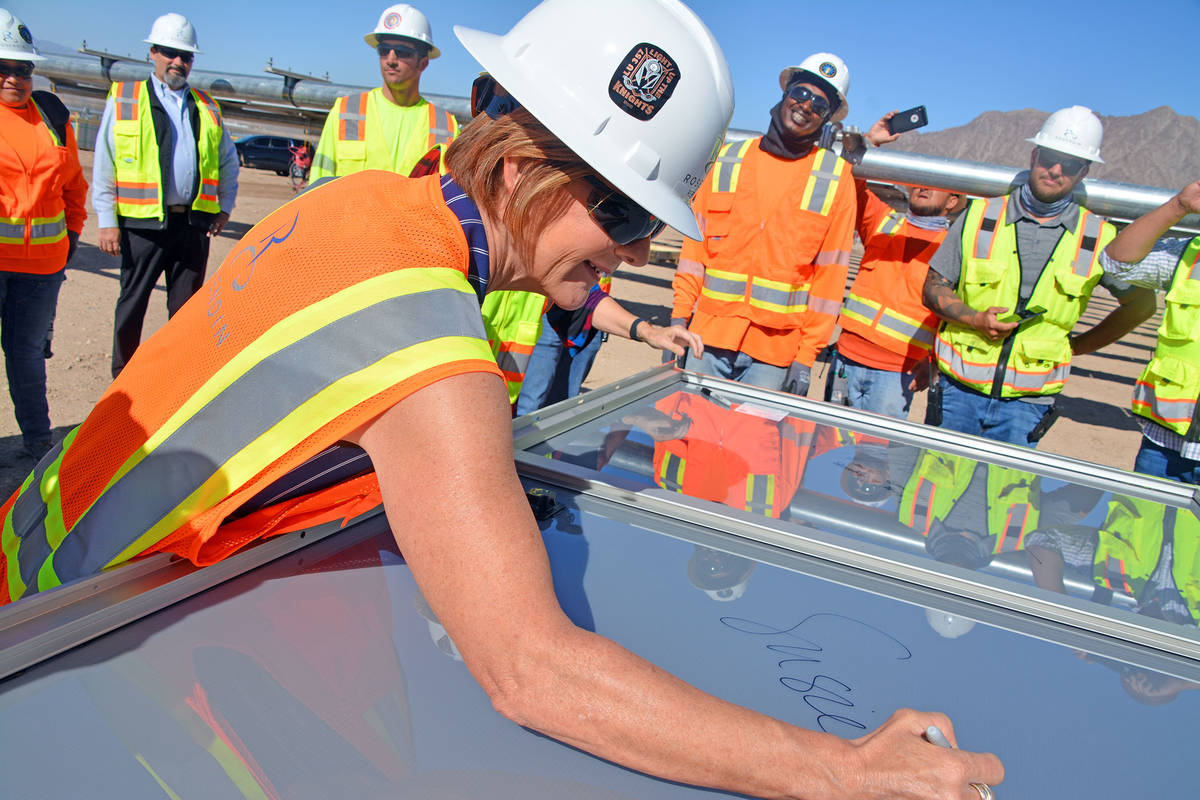 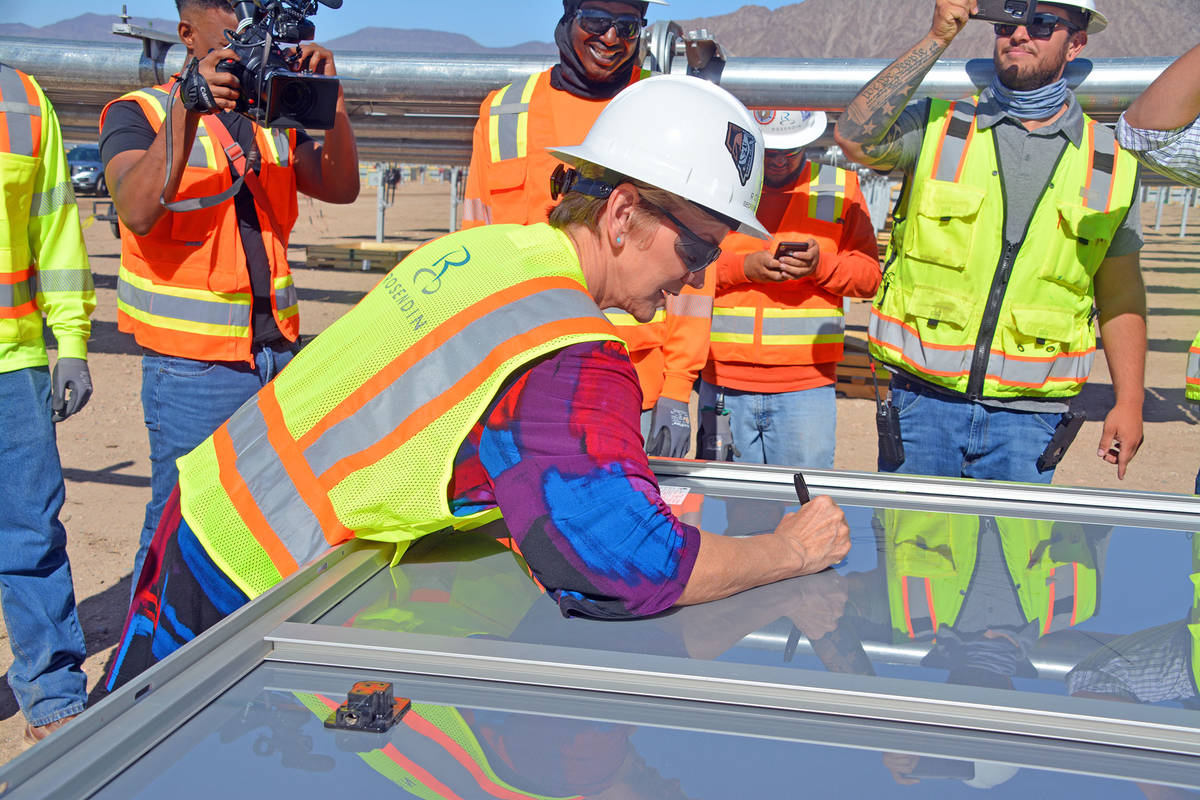 “This is amazing,” said Granholm. “It’s so huge. Solar panels as far as the eye can see.”

She said she wanted to build on Nevada’s goal of 50 percent clean electricity by 2030 and have 100 percent of the country’s electricity be clean by 2035.

Granholm and U.S. Rep. Susie Lee visited Townsite Solar on Friday, June 11, to celebrate the solar energy work being done there and the jobs it creates.

“It was such a pleasure to welcome Secretary Granholm to Nevada’s Third District today,” said Lee in a comment given to the Boulder City Review. “Nevada is consistently leading this country in clean energy innovation. Solar power is an undeniably smart move at a time when we need to both reduce our carbon footprint and create good-paying jobs.”

Lee said there is a “wealth of good-paying jobs” at Townsite Solar 1 including labor and organized union ones and she is “very excited about their future.”

Prior to the tour, Lee and Granholm met with employees of Rosendin Electric, the contractor for Townsite Solar, and local leaders including Boulder City Mayor Kiernan McManus.

He said it was an honor to welcome Granholm and Lee to Boulder City to recognize its renewable energy efforts.

“Secretary Granholm and Representative Lee are dedicated to supporting projects like (Townsite) Solar One that provide jobs and reduce pollution,” McManus said. “This project is especially important to our city as it is the first project that will provide significant energy storage capabilities.”

McManus said the project is also the first that meets his goal of benefiting the city by providing for the purchase of power at a lower cost than is currently paid on the open market.

“I cannot overstate the role that Secretary Granholm and Congresswoman Lee continue to play in supporting projects like (Townsite) Solar One that significantly benefit our residents,” he added. “Their work in building a better future for America and Boulder City is clear with their interest in this project.”

Townsite Solar’s project encompasses 1,032 acres of land just west and south of the Boulder City Municipal Airport. That parcel has been under a lease option agreement since 2012. It was first leased to Korean Western Power Co., and three years later was transferred to Skylar Resources.

In 2020, Skylar partnered with Capital Dynamics for the project. Rosendin is the construction contractor.

Assuming all acres are developed, the city will receive approximately $51.9 million in lease payments in the first 30 years as well as an approximate $4 million savings in utility power purchases.