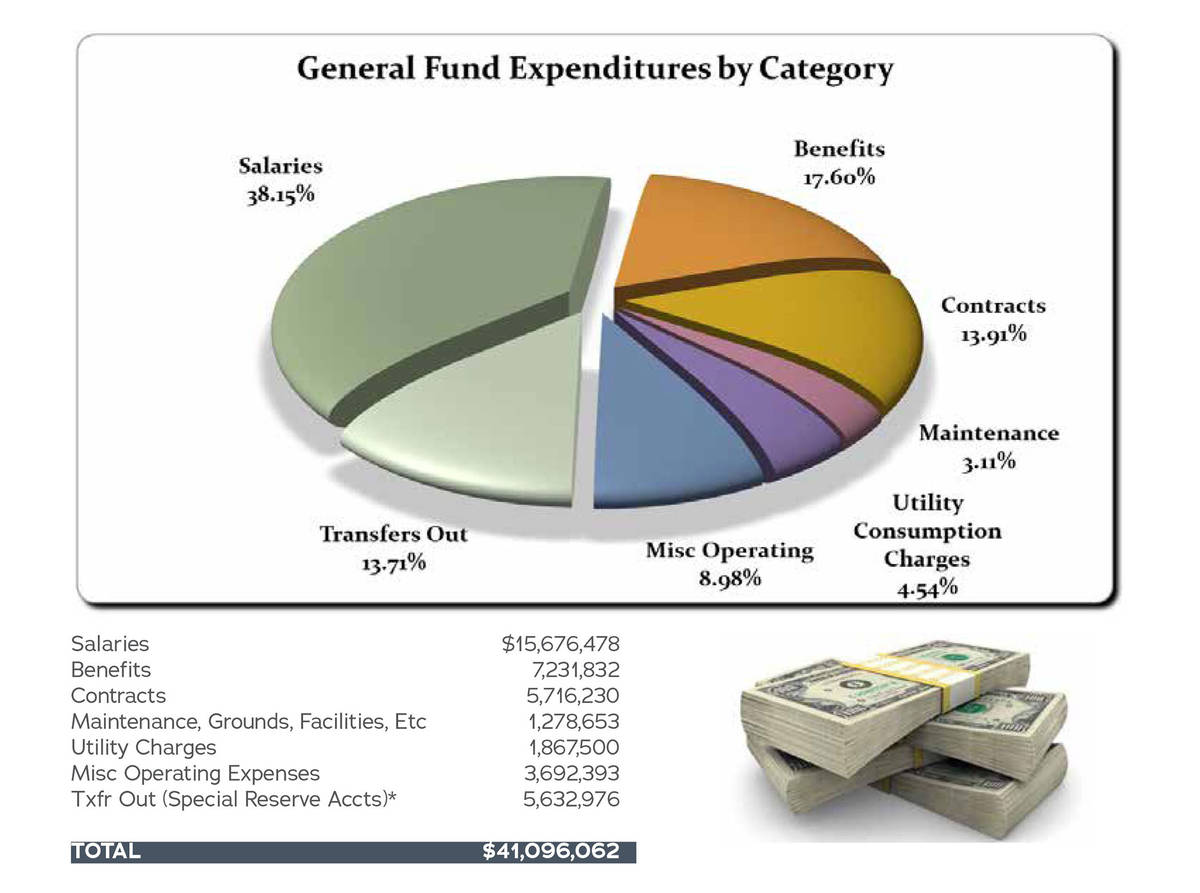 Boulder City City Council unanimously approved the 2022 fiscal year budget at its meeting Tuesday, May 25. The budget has a general fund of approximately $41 million.

At its Tuesday, May 25, meeting, council unanimously approved a 3 percent electricity rate reduction for all customers and a $10 reduction in the monthly water service fee.

Mayor Kiernan McManus praised all the staff for “getting a handle” on the utility department funding.

“This is something that benefits the ratepayers and still allows us to pursue the goals that we want in the utility fund, which is to provide dependable service to our ratepayers,” he said.

McManus also said these reductions help them be more conscious of people in town who live on fixed incomes.

The reductions were part of the 2022 fiscal year budget approved unanimously by council Tuesday evening.

A five-year capital improvement plan was also approved as part of the 2022 fiscal year budget. The projects in it include street improvements, renovations to city parking lots, preservation of the historic water treatment plant and design of the Nevada State Railroad Museum’s linear park.

“This has been a painstaking process and it’s really amazing to go through it,” said Councilwoman Claudia Bridges.

Purchasing Manager Paul Sikora said staff put out a request for proposal and did a competitive bidding process. He said Turf Tech agreed to operate at the same cost and do the same work it’s been doing for the city for years.

Additionally, Sikora said the contract had been updated to put into writing all the work Turf Tech was doing. Some of it had just been agreed to verbally in the past.

McManus said he appreciated the work staff had done on the contract and its process.

“I think this contract just kept rolling over for 20 years without ever being evaluated,” he said. “That’s not a good way to do business … . I think that whenever we have sizable contracts we need to go through that process.”

The contract includes maintenance of the two golf courses and goes through Dec. 31, 2026. The city can extend the contract for an additional term or for three years with 180 days notice. It can also terminate the contract but must give a 180-day notice to do so.

In January, council decided not to expand Andy Schaper’s current management contract by $900,000 to include maintenance.

At that time, Schaper said he was planning to hire the best professionals he could for the work and was willing to do whatever he needed to make it work for the city and for him. He also said if the city wanted to stay with two contracts, it should have Turf Tech come back because of the “phenomenal job” they’ve done.