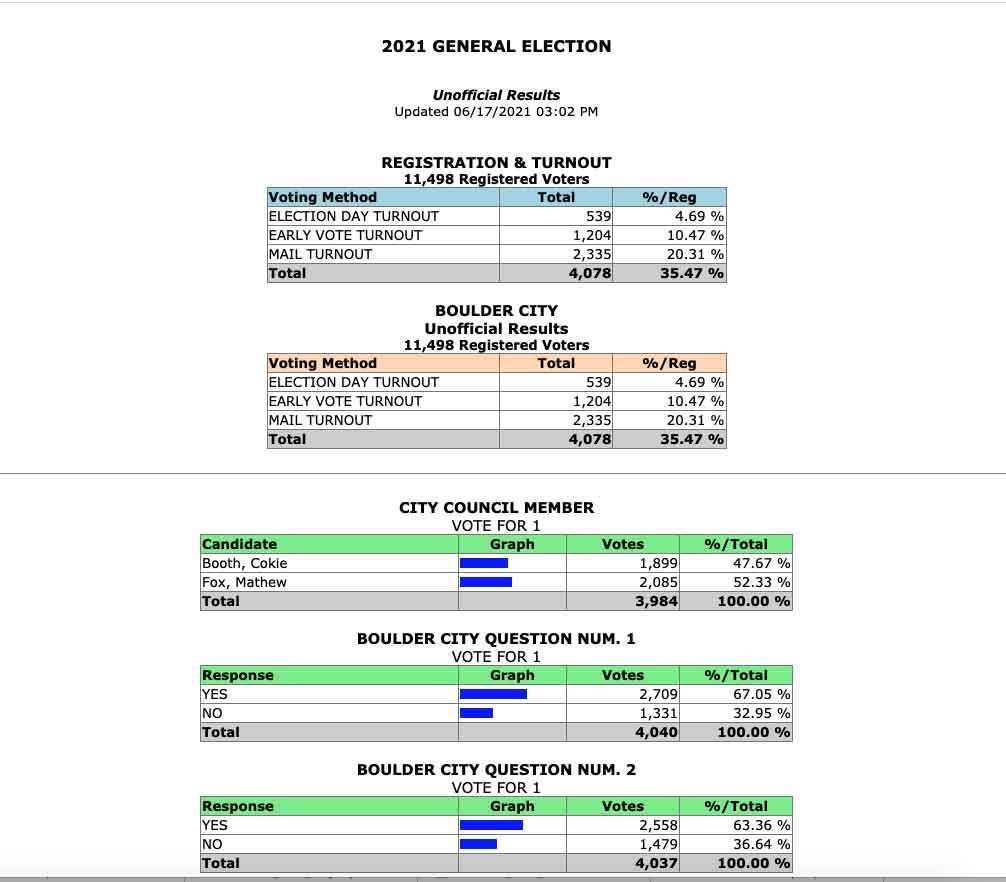 Ballot Question 1, which asked if the city should spend an amount not to exceed $7 million from the capital improvement fund for a swimming pool project as funds become available from the proceeds of the sale and lease of city land, appears to have passed with 2,709 yes votes, or 67.05 percent.

Ballot Question 2, which asked if the city should spend the proceeds from the sale of land adjacent to Boulder Creek Golf Club, known as Tract 350, from the capital improvement fund as follows: 10 percent for public safety capital needs and 90 percent to fund a swimming pool project, appears to have passed with 2,558 yes votes, or 63.36 percent.

Any additional mail-in ballots will continue to be counted until 5 p.m. today, June 24.

Results of the election will remain unofficial until 9 a.m. June 28 when they will be canvassed by City Council.