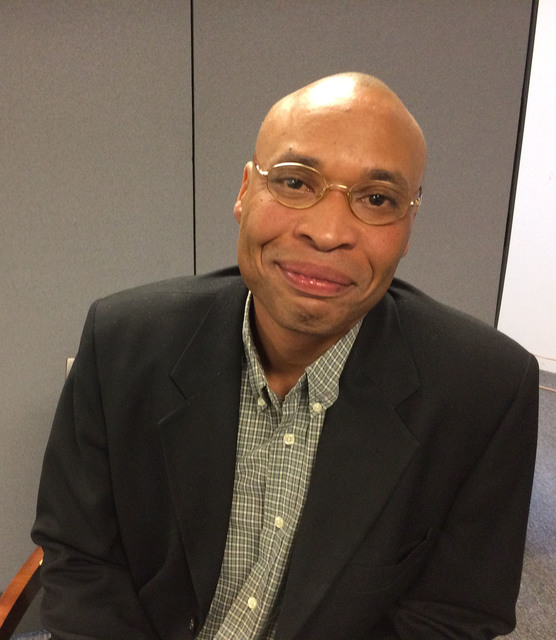 Eight people have filed candidacy papers to run for one of two seats on the City Council, including incumbent Councilman Cam Walker, who is seeking his third and final term in office.

Former mayor and councilman Eric Lundgaard, who had announced his intention to file his papers on Feb. 2, actually submitted them Feb. 1, as did James Stuckey.

The final person to join the race was Richard Loudin, who filed on Feb. 2, the last day of the filing period.

Jordan Mathisen, 24, did file papers Jan. 30 to run but did not meet the two-year residency requirement and withdrew from the race on Monday, avoiding a legal challenge from the city, according to City Clerk Lorene Krumm.

Chance to give back

He said he decided to run for City Council because he felt that he needed to give back to the community “because I really like this town. Most people don’t realize how blessed they are to live in Boulder City. I think of it as a gift.”

He feels the completion of Interstate 11 will benefit the community and is avoiding the “Chicken Little mentality.”

Loudin said the city needs to embrace the changes that are coming and prepare for them by being more business-friendly and promoting the town as a destination spot.

He has been on the board of the Boulder City Chamber of Commerce for several years and said “it really opened my eyes to what is going on.” Loudin said he has had the opportunity to meet with city leaders to learn about the issues facing the town, and he is ready to provide a voice of reason.

A person can’t make a logical decision on any issue until all sides have been studied, he said.

A native of Las Vegas, he has seen that city grow and change “to the point that I don’t recognize it anymore,” and said he would like to help preserve the quality of life that Boulder City offers. He has been in the real estate profession since 1978 and currently owns and operates Dick Blair Realty along with his daughter, Chelsea Scheppmann.

Loudin is a member of Boulder City Sunrise Rotary.

Voice for the people

A native of Chicago, Stuckey said he moved here because of the lifestyle and sense of community.

“It’s the kind of place mom always tried to move us to in Chicago,” he said.

He said he decided to run for council because he wants to provide a voice for the people as well as provide one to them. Stuckey said he wants to be sure that residents thoroughly understand the issues facing them as well as why decisions are made.

“Even if people don’t like it, but it is conducive to the city and the city’s future, I will tell them to trust in it,” he said.

Stuckey, who works with low-voltage electronics, said he is especially concerned about the impact Interstate 11 will have on local businesses.

Even if the city only loses 5 percent of the traffic, that 5 percent will have to be made up somehow so that businesses continue to thrive, he said.

He also is concerned about rising utility costs to residents, questioning why they continue to increase when the city is flanked by Hoover Dam and multiple solar fields.

He added that he hopes his decision to run for City Council — win or lose — will inspire others to speak their minds and let others know how they feel, especially his children.

Walker said he is glad to see so many people “step up to community service. The last two (election) cycles there was little participation. This allows us to talk to the people and about the issues.

“I don’t see it as eight people running against me, but as dialogue and what’s best for the city,” he added. “I have to run like all the other candidates.”

Councilman Duncan McCoy, whose term expires this year, chose not to seek re-election, saying he wanted to spend more time with his family.

Because of the number of council candidates, a primary election will be held April 4 to narrow the field.

According to Krumm, the primary could advance four candidates to the June 13 general election. However, if any of the candidates receives enough votes to equal or exceed the majority of number of voters casting ballots, then that person or people will be declared elected, she said.

If one person is elected during the primary, only the next two highest vote recipients will advance.

To help inform voters, the Boulder City Review is partnering with the Boulder City Chamber of Commerce to present a candidates night March 7 at the Elaine K. Smith Center. Details of the event are still being finalized.