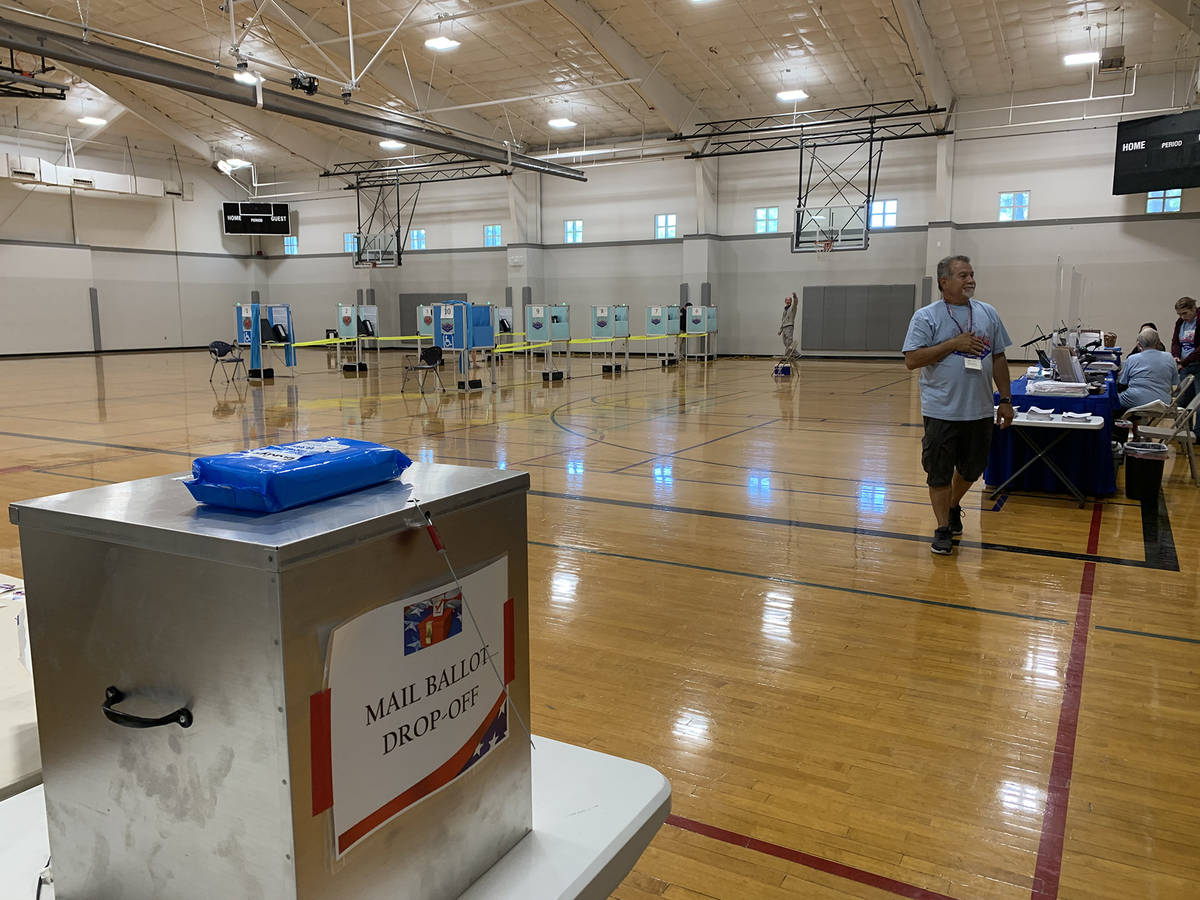 (Hali Bernstein Saylor/Boulder City Review) A steady, but uncrowded, stream of voters came to the city’s recreation center Friday, June 4, to cast their ballots in the June general election. Residents had the choice of dropping off their mail-in ballots or voting on site.

The number of early votes practically mirrors that from the primary election, which saw 846 ballots cast in the first six days.

The number of voters who went to the polls Wednesday, June 9, was not available by our deadline.

Ballot Question 1 asks if the city should spend an amount not to exceed $7 million from the capital improvement fund for a swimming pool project as funds become available from the proceeds of the sale and lease of city land.

Question 2 asks if the city should spend the proceeds from the sale of land adjacent to Boulder Creek Golf Club, known as Tract 350, from the capital improvement fund as follows: 10 percent for public safety capital needs and 90 percent to fund a swimming pool project.

Voters also are being asked to choose between candidates Cokie Booth and Mathew Fox to fill a council seat.

Tuesday is Election Day and the polls will be open from 7 a.m. to 7 p.m. at King Elementary School, 888 Adams Blvd., and the city’s recreation center, 900 Arizona St.

As with the primary, results of the election will remain unofficial for about a week as any additional mail-in ballots are counted.