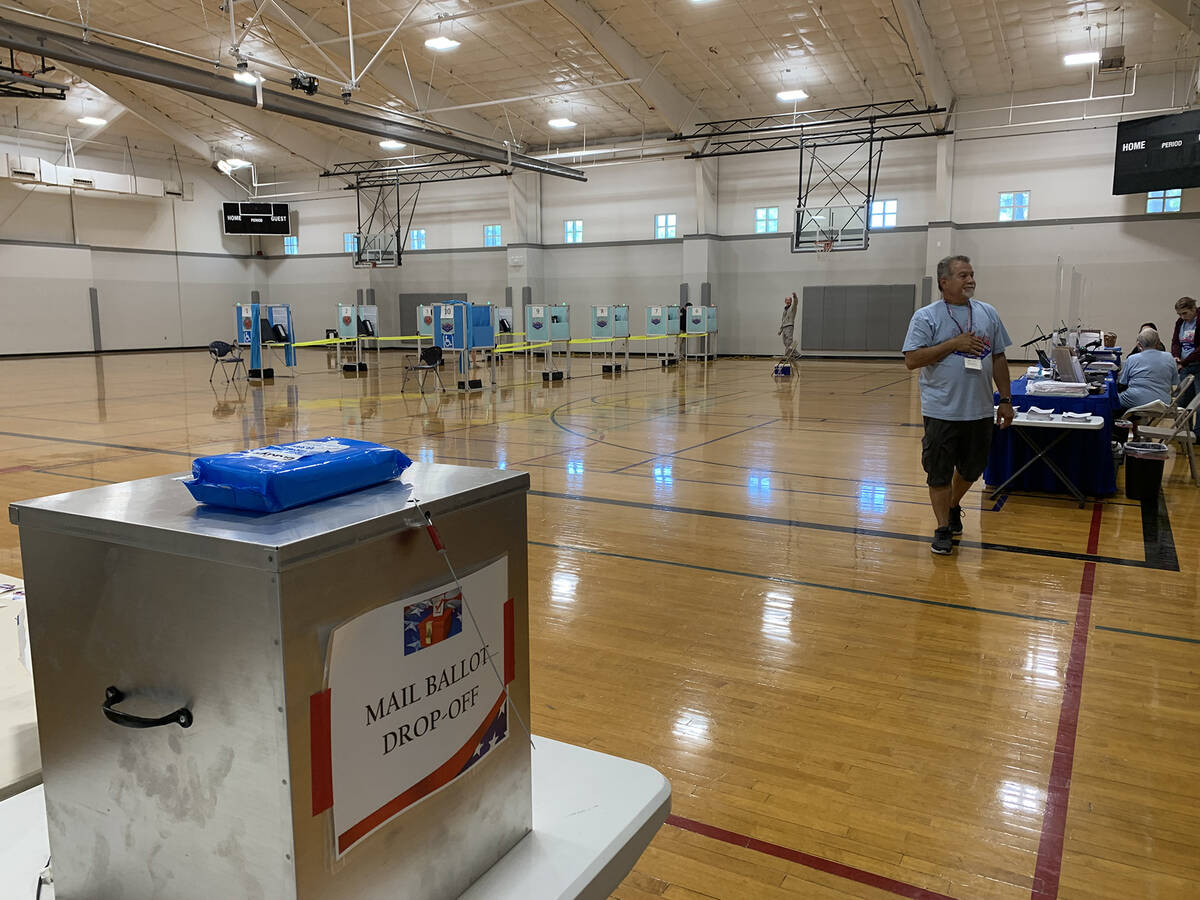 Boulder City voters will be asked to select a new member of City Council and weigh in on three municipal ballot questions when they head to the polls later this month.

Incumbent James Howard Adams is seeking his second term on the council. He is being challenged by Cokie Booth.

They were two of five candidates vying for the two seats up for election. Steve Walton was elected after receiving 2,874 votes, 294 votes more than the 2,580 needed to be considered elected based on the 5,159 that were cast, City Clerk Tami McKay said after the primary.

In addition to voting to fill the City Council seat, there are three local questions on November’s ballot.

The first question asks if the city should sell 16.3 acres of city-owned land specifically for development of a grocery store and related retail uses, with proceeds being used for capital improvement fund needs.

The second question asks if the city should spend as much as $7 million for public safety facility improvements, including building a new police station and training area at the fire station.

The third question asks if the city should allow clean-energy technologies within the Eldorado Valley.

Voters also will see candidates to represent the state in the Senate and Congress, those vying for state and county leadership roles, including governor, and three state ballot questions.