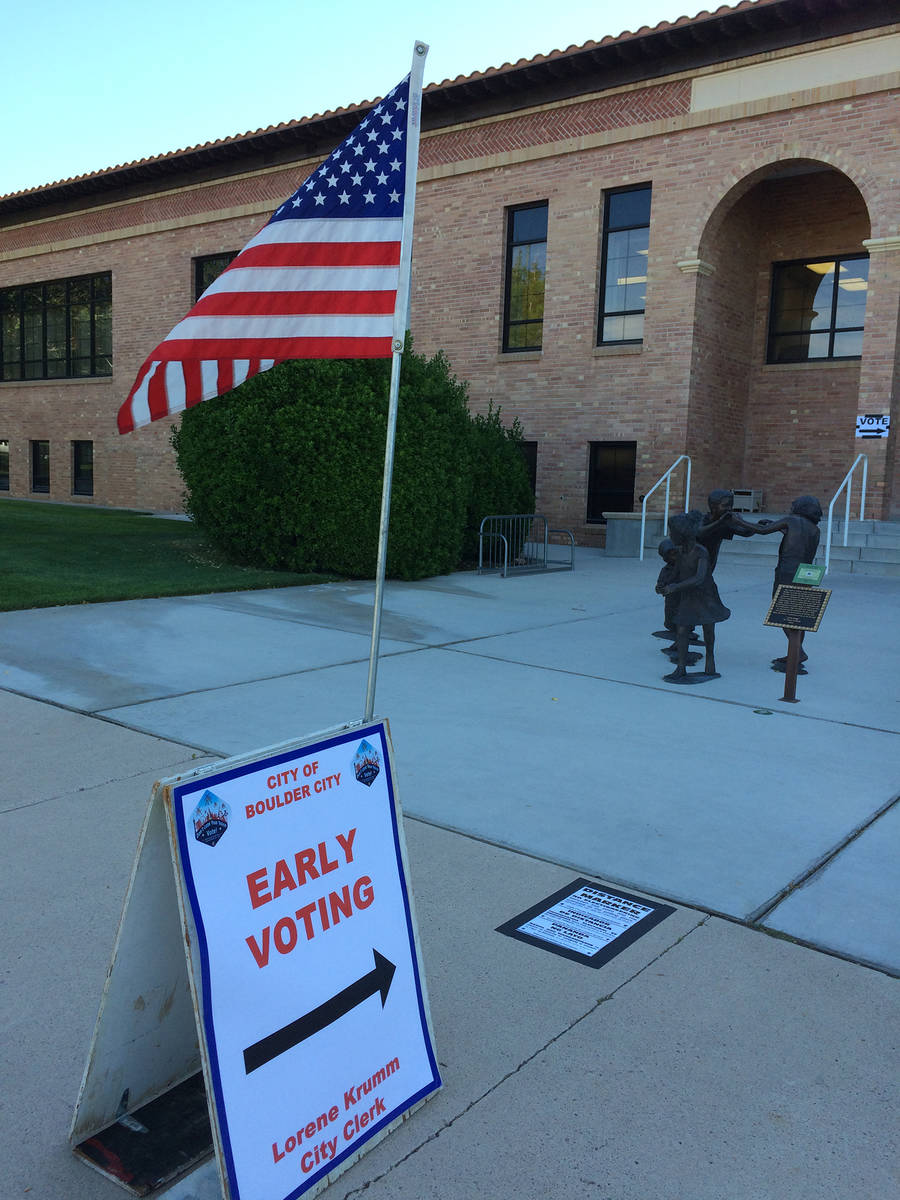 The Nov. 3 general election is just 25 days away, with early voting beginning Oct. 17 and continuing through Oct. 30.

Voters will have the option of completing a mail-in ballot or voting in person at any of the vote centers in Clark County. Mail ballots can be dropped off at any early voting or Election Day vote center.

Mail-in ballots do not have to be requested as they will be sent to all active registered voters.

On Election Day, the vote centers will be at the city’s recreation center, 900 Arizona St., and King Elementary School, 888 Adams Blvd.. Both will be open from 7 a.m. to 7 p.m.

Locally, residents will be casting their votes for president and vice president of the United States, as well as for representatives in Congress, on the state Assembly, on local education boards and numerous judicial positions, including two seats on the state’s Supreme Court.

Also seeking to be re-elected is Republican Glen Leavitt, who just completed his first term as the District 23 representative in the state Assembly. He is being challenged by Democrat Brent Foutz, who ran for Boulder City Council in 2019 was arrested in December 2018 for unlawful trespassing and resisting a public officer, and later found guilty. Also on the ballot is Independent American Bill Hoge.

Voters also will be asked to select a replacement for Deanna Wright, who served as the District A representative on the Clark County School District’s board of trustees. Lisa Guzman and Liberty Leavitt advanced as the top two candidates from the primary.

Voters also will be asked to weigh in on five ballot questions that seek to amend the state’s constitution.

Question 1 is about the governance of the state university system.

Question 2 seeks to provide marriage equality for all, not just between a male and a female.

Question 3 is about the state’s pardon commission, how often it meets, who can submit issues to be considered and if the governor’s vote has to be part of the majority to grant pardons and clemency.

If approved, Question 4 would add a new section guaranteeing specific voting rights to all qualified and registered voters in the state.

Question 6 is about the amount of renewable energy that must be generated or acquired by providers of electrical utilities.

There is no question 5.

Additional information about the election is available at the Clark County Department of Election’s website at https://www.clarkcountynv.gov/government/departments/elections/index.php.