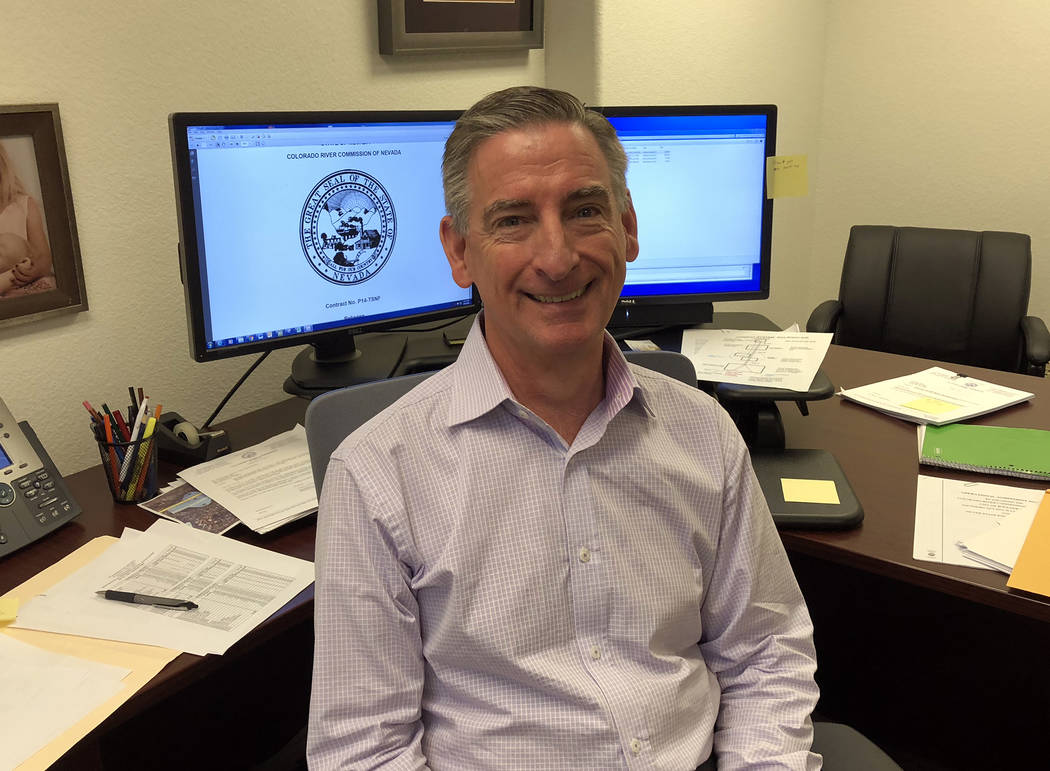 Rory Dwyer, who was born and raised in Henderson, has overseen the town’s electrical issues since August 2009.

In his nine years on the job, Dwyer has become a respected and well-liked employee who will be missed by city staff.

“It has been a pleasure working with Rory over the past nine years,” said Acting Public Works Director/City Engineer Jim Keane. “His knowledge of our electrical system and expertise in power purchasing will be greatly missed by the city of Boulder City. We wish him all the best for a long and happy retirement.”

“It has been my pleasure to work with and for Mr. Rory over the course of the last nine years,” said Marvis Poole, electrical distribution supervisor. “His dedication to the city of Boulder City as well as the knowledge and effort he exhibited to maintain and improve its electrical system will be missed. I, along with the rest of the electrical division, wish him a long, promising retirement and the absolute best going forward.”

Dwyer, whose birthday is Oct. 20, said he wants to travel and spend more time with his family. He and his wife have two children, a 17-year-old daughter and a 12-year-old son.

Dwyer returned to Southern Nevada about 17 years ago after leaving at age 18 to join the Navy. He worked as a reactor operator on a submarine while in the military. He spent 24 years in the service including six on active duty. He said most of his career was in Norfolk, Virginia, and his deployments were in the Mediterranean.

In 2001, he relocated to Henderson to be near his parents and, in 2004, he took a job as a staff engineer at NV Energy in Las Vegas.

“It was my first job working at a utility,” he said.

Dwyer was at the company for almost five years when he said he saw a notice that Boulder City was looking for a new electric utility administrator.

“I thought, sure. Let me give that a try,” he said. “Boulder City represented an opportunity to do everything.”

He said the job at NV Energy had a lot of monotony and the new one would allow him to do a variety of things, like working with wholesale energy and different types of energy.

Dwyer said that variety has been his favorite part of his nine years on the job.

“There’s always something different every day. … It’s definitely the variety of the spice of life here,” he said.

Dwyer said he will miss most the small-company atmosphere and knowing his co-workers really well.

“I’ve enjoyed working here,” he said. “I’m grateful for the opportunity, and it’s a great way to end a career.”

“We appreciate Rory’s work and efforts for the city over the years,” said City Manager Al Noyola. “We wish him all the best in his retirement. We will be diligent in searching and hiring someone to make sure we have the right person in place.”

The city has yet to announce who will take over Dwyer’s responsibilities while a replacement is found.