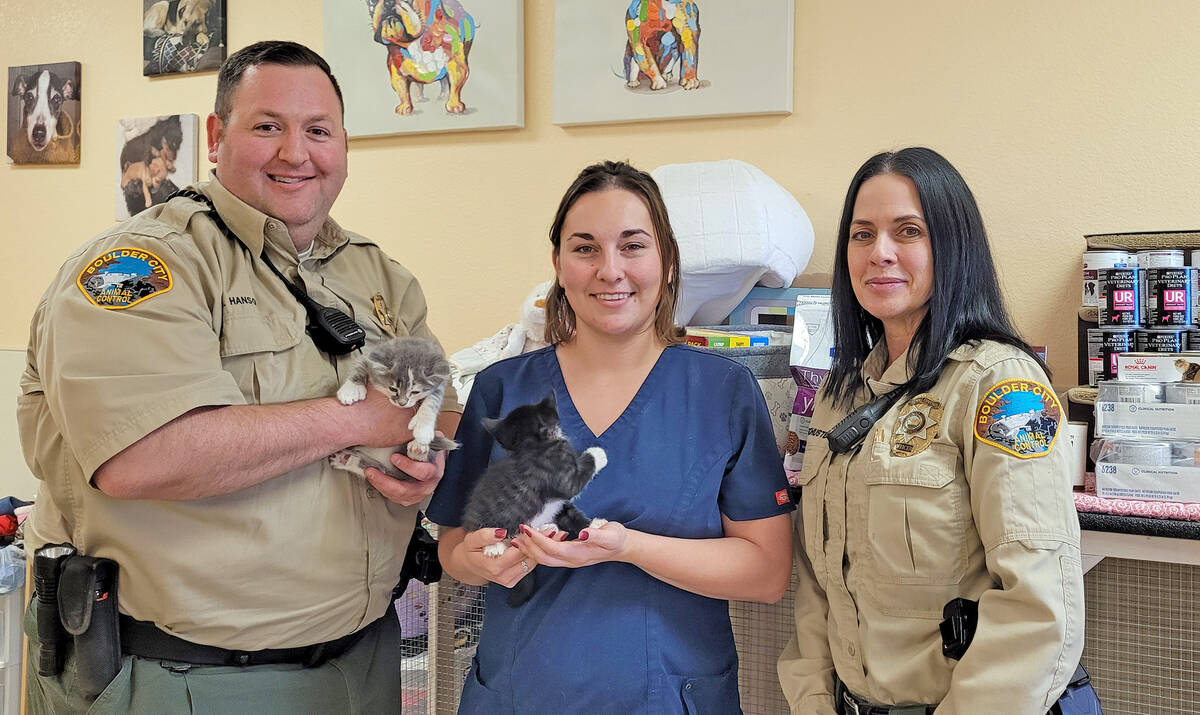 The community, near and far, is throwing its support behind the Boulder City Animal Control Shelter, providing an unexpected windfall of food and funds for the facility.

The shelter receives funding from the city for operations, but it also relies on donations to help meet its needs. Recently, donations to the facility have been “over the top,” according to Boulder City Animal Control Supervisor Ann Inabnitt.

The unexpected donations came because of people stepping in to help a large number of abandoned animals and to honor late actress Betty White.

“Unfortunately, we’ve seen an uptick in animals being abandoned or surrendered in the past four to six months,” said Boulder City Police Chief Tim Shea. “Many residents have seen the recent need and felt compelled to help these abandoned animals. The passing of Betty White also shined a light on the needs of animal shelters. We are fortunate to have such strong support in the community.”

Inabnitt said the money came from people all over the country.

“The outpouring of donations has been something I’ve never expected,” she said. “We weren’t even soliciting for any.”

Included with the checks were notes thanking the staff for what they do. Inabnitt said those really helped her morale as well as that of her staff members.

“It’s incredibly helpful to shelter operations,” added Animal Control officer Brendan Hanson. “It makes a huge difference. … We have the support of the community. It means a lot.”

Inabnitt said the money will most likely be used for veterinary costs and other elements of animal health.