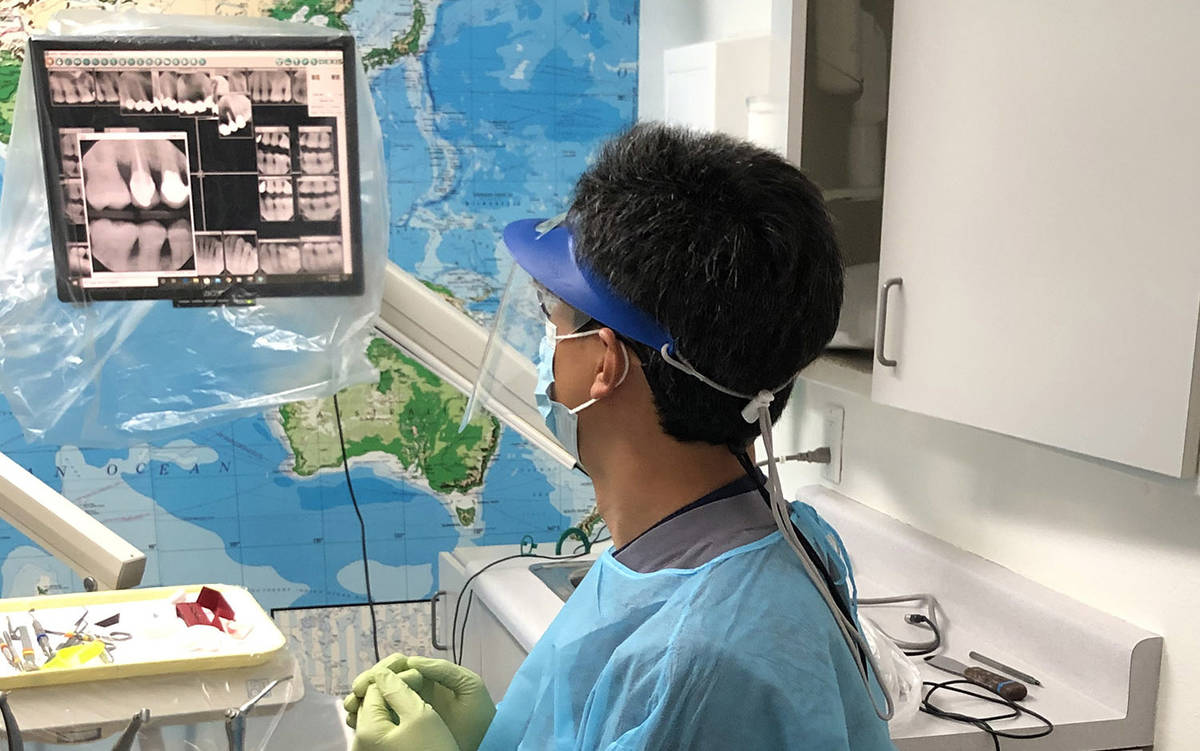 (Dr. Nakyoung Ju) After being closed for two months, Dr. Nakyoung Ju reopened his dental practice on Adams Boulevard. Precautions are being taken to limit patients’ exposure to each other and keeping the office clean. 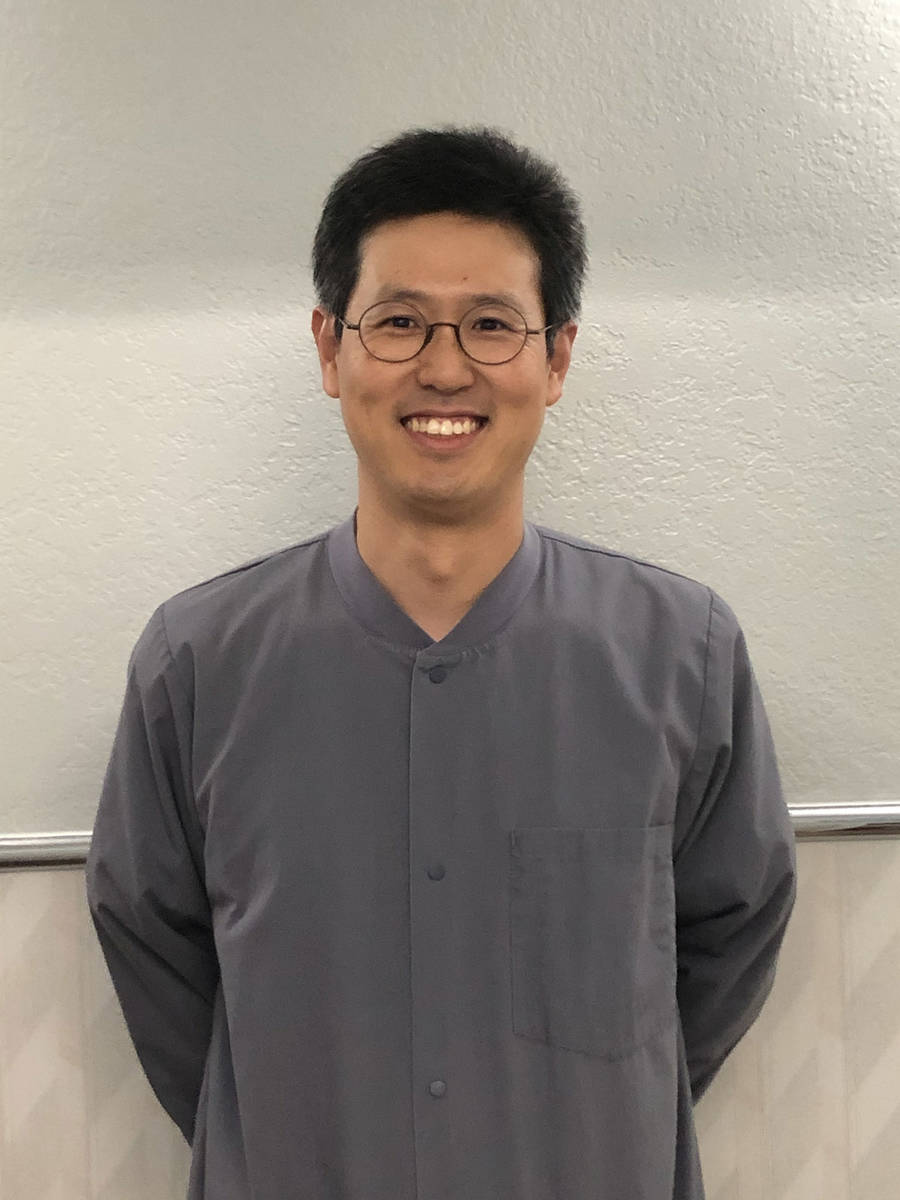 (Dr. Nakyoung Ju) After being closed for two months, Dr. Nakyoung Ju reopened his dental practice on Adams Boulevard. Precautions are being taken to limit patients’ exposure to each other and keeping the office clean.

Despite having some limitations, local dental offices are open for business and getting back into the swing of things during Phase One of Nevada’s reopening plan.

Huxford said he currently has a full schedule and both his practices are open for five hours a day. He is planning to extend them to eight hours a day in June.

Another local dentist, Dr. Nakyoung Ju, recently reopened his practice at 899 Adams Blvd. He has not reduced his hours, but he said he is seeing a few less patients a day.

“We were closed for almost two months,” he said. “We have to work.”

One limitation both these dentists face is not being able to use their ultrasonic cleaning equipment because according to the Centers for Disease Control and Prevention it creates a spray that contains blood, saliva, water and microorganisms as well as possibly containing aerosols.

Huxford said his hygienists also do all the cleanings by hand.

Additionally, Huxford and Ju can perform most dental procedures except for cosmetic or elective ones.

Another challenge they face is making sure their offices are safe and clean for patients and staff.

Huxford said his staff is spreading appointments out at both offices so fewer people are in the building at one time. He also said there is only one patient in the waiting room at a time and his staff is taking patients’ temperatures when they come in as well as keeping everything clean.

“If you feel healthy, come in,” he said.

Ju is also staggering his appointments, according to his safety manager Wanda Rosenbaum.

She said they are letting their patients call from their cars when they arrive and wait there until their appointment. Once they come inside, they have to wash their hands with an alcohol hand wash and have their temperature taken.

“Then they go right to their (exam) room,” she said.

The staff also screens patients on the phone by asking questions about their health. All patients who come into the office must wear a mask while they wait, and all deliveries must be brought to the back door.

One of the main difficulties for Ju’s practice is finding personal protective equipment for his staff.

Rosenbaum said the staff at the practice has always changed gowns between patients even though it wasn’t required, and prior to the pandemic they had no problem purchasing them. According to guidelines from the CDC when practices opened for emergencies gowns needed to be changed between patients, which increased their demand.

Ju said with that increased need there is a shortage from their supplier and a higher price.

According to Rosenbaum, Nevada’s current rules do not require gowns to be changed between patients, but they still have a hard time finding that equipment.

Huxford said finding personal protective equipment has not been a problem for him, but he usually keeps a lot in stock. He said he was able to donate some while his offices were closed.