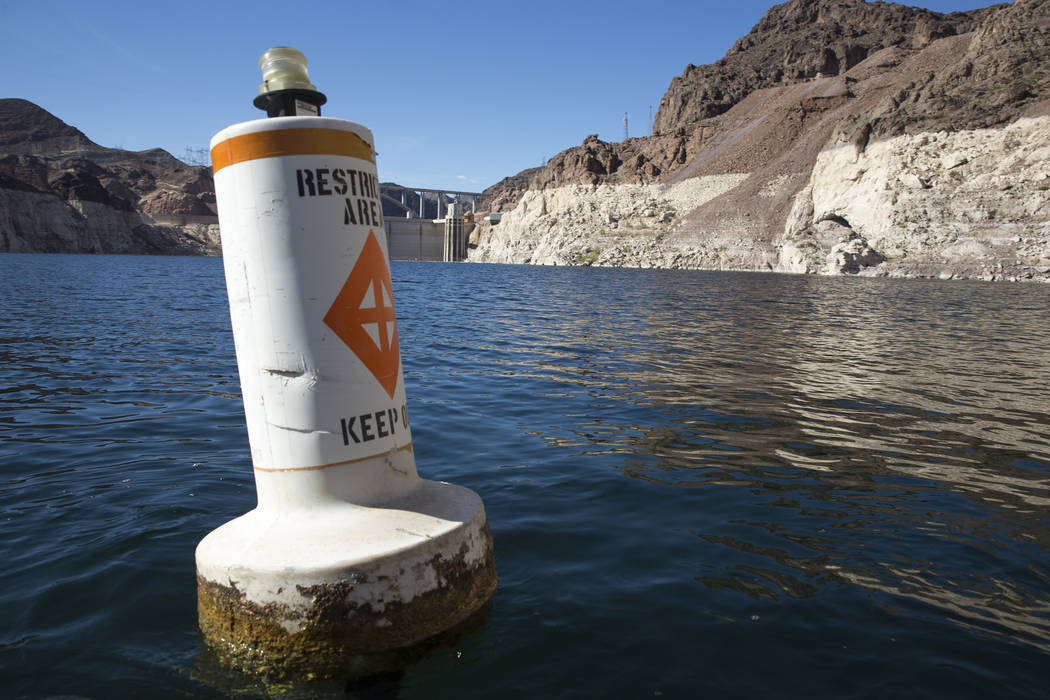 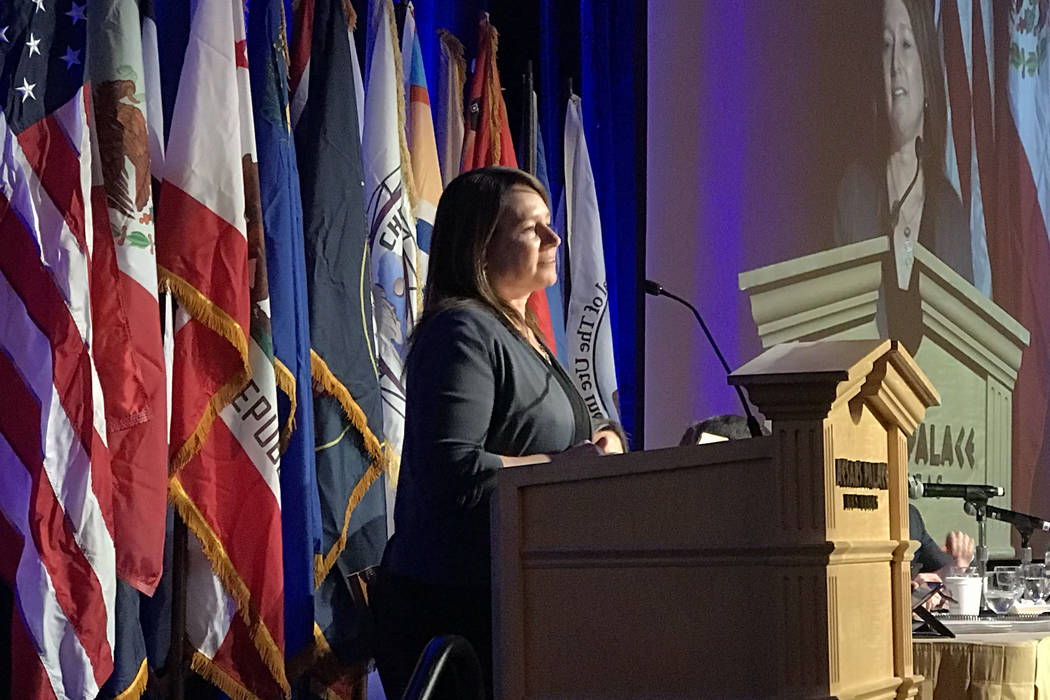 For more than a year, federal officials have pushed for the completion of emergency drought plans by the seven states that share Colorado River water.

Now that demand comes with a deadline: Finish the work by Jan. 31, or the federal government will do it for them.

“This is not our preferred course of action,” Burman told the crowd at Caesars Palace. “We will act if needed to protect this basin.”

The states have been negotiating so-called “drought contingency plans” since 2015 — Nevada, Arizona and California in the lower half of the river basin, and Colorado, New Mexico, Utah and Wyoming in the upper half.

Burman announced that the upper basin states had just approved their portion of the plans and are “ready to proceed.”

Meanwhile in the lower basin, she said, “Nevada is done; California and Arizona are not.”

The plans call for states to voluntarily reduce their river use to protect critical water levels in Lake Mead and Lake Powell, the basin’s two main reservoirs.

The Southern Nevada Water Authority gave final approval to Nevada’s share of the reductions last month. Water users in Arizona and California continue to squabble over how to share the cuts, though Burman said an impressive amount of progress was made during the past six months.

The deal is now closer to completion than it ever has been, Burman said, but “close isn’t done. Only done will protect this basin.”

If Arizona and California fail to complete their work by Jan. 31, Burman said, the Department of Interior will give the seven states 30 days to recommend immediate action to curb the decline of lakes Mead and Powell. The government will then implement its own plan — one likely to involve mandatory water cuts — by August.

“I think the states need it,” he said. “I don’t think responsible water managers can go into water year 2020 without a plan.”

Entsminger much prefers to see that done through a state-negotiated drought response, which he said is like a scalpel compared to the sledgehammer federal officials are threatening to use if the new deadline isn’t met.

“The federal government only has the authority to mandate shortages,” he said.

California is almost finished with its part of the broader interstate agreement, according to Peter Nelson, director of the Coachella Valley Water District and chairman of the Colorado River Board of California.

Under the deal, California would eventually join in the voluntary cuts, even though the state has top priority on the river and is not required by law to reduce its use.

Even so, Nelson said, drought conditions that threaten to crash the entire river system represent “a real and present danger” to water users in his state.

His message to Burman: “Commissioner, we hear you, and we appreciate the deadline.”

Drought talks have been especially contentious in Arizona, which would shoulder the bulk of the voluntary water cuts.

Ted Cooke is general manager of the Central Arizona Project, which delivers water from the Colorado to Phoenix, Tucson and farms in between.

He said there now seems to be general agreement on a drought plan in Arizona, though a few elements of the deal still need to be “tightened up.”

Arizona Gov. Doug Ducey tried to help things along late last month by pledging $30 million in state money to compensate water users for absorbing a portion of the voluntary cuts.

State lawmakers also will need to sign off on the final plan in Arizona, the only state where legislative approval is required.

Almost 20 years of severe drought on the overtaxed river has drained its two largest reservoirs. Burman said their combined storage now stands at 46 percent of capacity, the lowest level in her lifetime.

If nothing is done, she said, Lake Mead could see its surface fall another 30 feet by the summer of 2020 to a record-low 1,050 feet above sea level.

“That is just 18 months away,” Burman said. “We are quickly running out of time.”