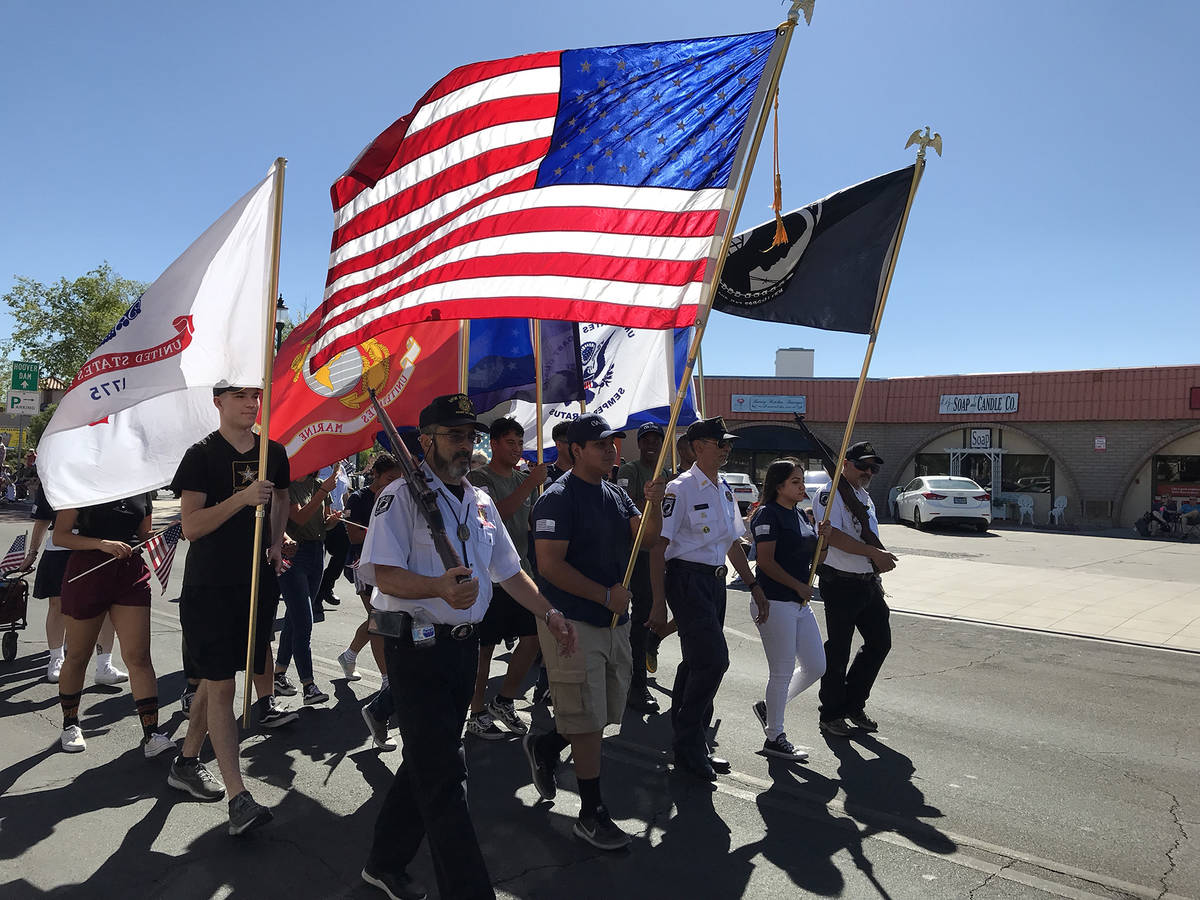 The 17th annual Damboree is a go and will take place in Boulder City on Saturday, July 3, and Sunday, July 4.

Boulder City’s Fourth of July Damboree is back after a year’s absence and brings with it two days of activities.

“When the Fourth of July lands on a Sunday the parade is held on Saturday,” said Dawn Green, spokesperson for the Damboree Committee. “The parade route passes by several churches. Our clergy asked many years ago for this accommodation.”

The weekend’s festivities start at 7 a.m. Saturday, July 3, with the free pancake breakfast at Bicentennial Park, 999 Colorado St., put on by the Rotary Club of Boulder City. At 9 a.m., the Boulder City Veterans’ Flying Group will do a flyover to start the parade downtown.

The parade will begin on Colorado Street and go down Nevada Highway to Fifth Street where it will head toward Broadbent Park at the corner of Avenue B and Sixth Street and end there. It will have its usual water zone from Avenue A to Avenue B to the end of the parade at Sixth Street.

“This year we will not have any post-parade activities in Broadbent Park except class reunions,” Green said.

The celebration Sunday, July 4, begin at 4 p.m. with festivities at Veterans’ Memorial Park, 1650 Buchanan Blvd. Parking costs $10 per vehicle. At 6 p.m., music with DJ Mike Pacini begins and goes until the fireworks show at 9 p.m. The show will last about 30 minutes and be followed by more music.

“Everyone is ready to get back to normal activities. We hope to celebrate this year safely,” she said.

Even though social gathering restrictions and mask requirements have lessened, Green stated they will be following state guidelines at the time of the event.

“We will wait and see what our government has determined the mask policy is,” she said. “The rules seem to change weekly.”

For more information about the event, contact the Boulder City Parks and Recreation Department at 702-293-9256 or email Damboree@bcnv.org.