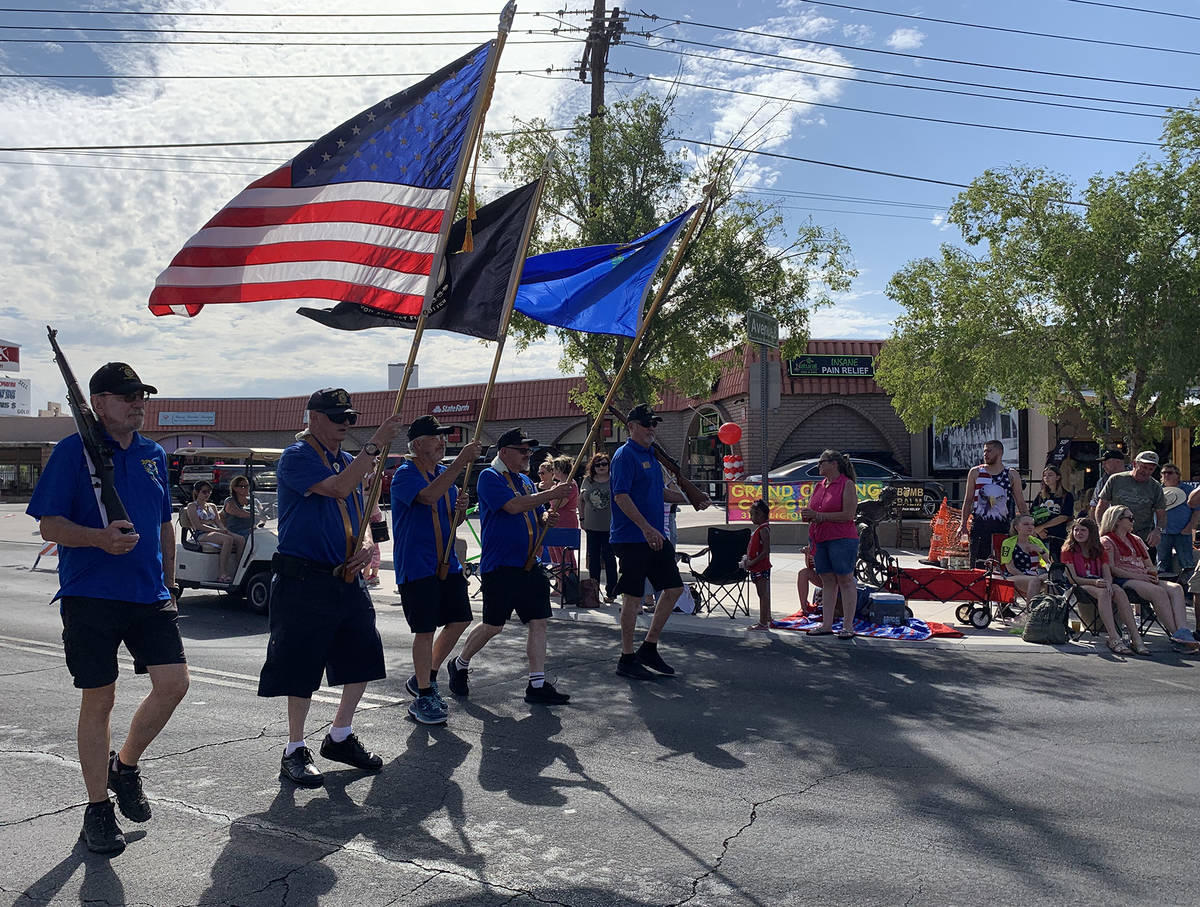 (Hali Bernstein Saylor/BoulderCity Review) Members of the Cpl. Matthew A. Commons Post 36, Veterans of Foreign Wars, presented the colors as the beginning of the Damboree parade through downtown Boulder City on Saturday, July 3, 2021. 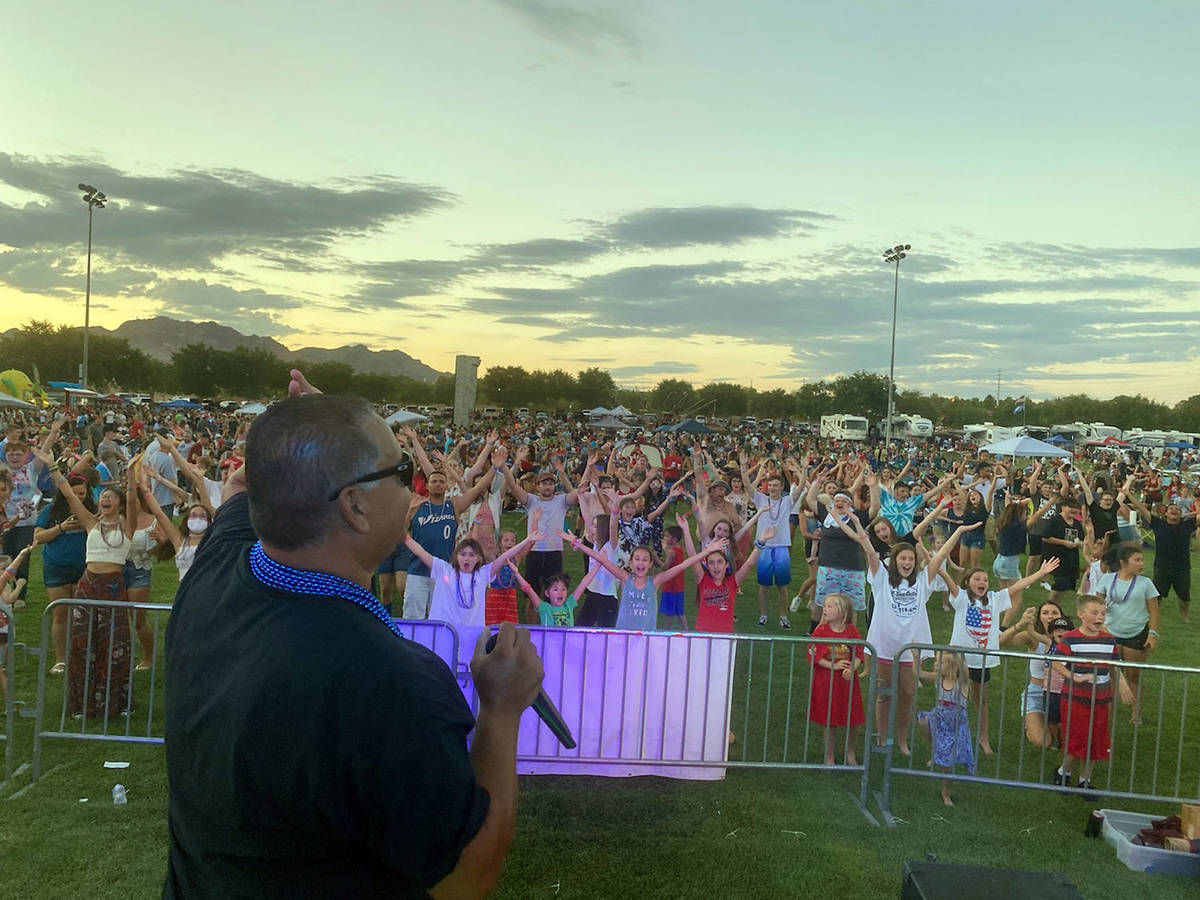 Morgan Pacini DJ Mike Pacini gets the crowd fired up at Veterans' Memorial Park on Sunday, July 4, before the fireworks show.

Boulder City’s annual Fourth of July Damboree came back with a bang after a year’s absence.

“One of the largest crowds I’ve ever DJ’d for came together to celebrate our nation’s birthday with each other,” said Mike Pacini, who provided music before, during and after Sunday’s fireworks show. “It was an absolutely perfect night. We brought back our ‘A’ game and the crowd gave theirs right back. It was awesome.”

“What a fun weekend celebrating the phenomenal USA,” said Jill Rowland-Lagan, CEO of the Boulder City Chamber of Commerce. “There were lots of smiles and memories made in a much better 2021. The volunteers even commented on how happy they were to be hot and sweating during setup/cleanup because we were all able to be safely together again.”

Due to the worldwide pandemic, the Damboree was canceled in 2020.

This year’s event was a little bit smaller than in previous years. There weren’t any games and beer or food trucks in Broadbent Park and fewer people entered floats in the parade. Fewer people also attended the parade than in past years.

“We returned a whole bag of pancake (mix),” he said. “We planned for about 700 people, and I’m thinking about 500 showed up. We didn’t have the big line this year.”

Archuleta said he thought the lower number of attendees was because the breakfast was held Saturday and not Sunday, the actual holiday. He also said because of the four-day weekend a lot of people could have been traveling.

Despite fewer attendees, he said the breakfast still went well.

“It was a great event, great pancakes. … The people were excited, and I think the cash (donations) will show that.”

He said he did not have a final amount of donations yet.

To make the Fourth of July weekend as safe as possible, the police department made 25 additional police officer assignments, 11 volunteer assignments and 11 private security assignments.

“We hope everyone had a safe holiday weekend and enjoyed the Damboree celebrations,” the Boulder City Police Department wrote on its Facebook page. “We appreciate this community … entrusting us to work to keep them safe during this event.”