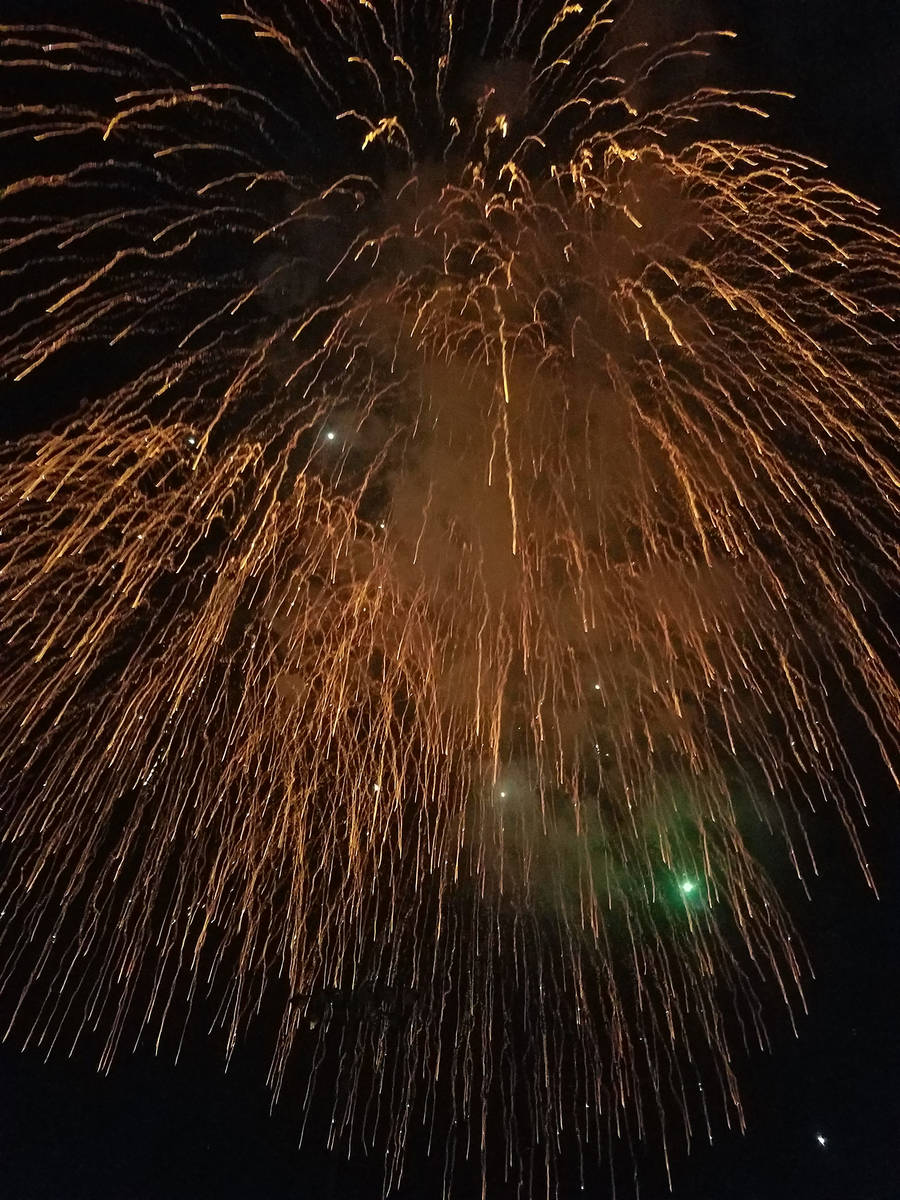 The annual fireworks show at Veterans' Memorial Park has been canceled by the Damboree Committee.

Residents say they are still planning a community Fourth of July celebration despite the recent cancellation of the annual Damboree fireworks show as well as the parade.

On June 18, Dawn Green, spokesperson for the Damboree Committee, said they decided “not to go forward” with the fireworks show because the state is still in Phase Two of reopening and only groups of 50 people or fewer can gather.

The show, held at Veterans’ Memorial Park, is usually attended by as many as 10,000 people from all over the Las Vegas area.

“We can’t throw off fireworks because there would be more than 50 people. … We are limited, so we can’t do it,” she said.

The Damboree Committee organizes all the Fourth of July festivities. In May, it made the decision to cancel the annual parade and other activities in local parks. The parade also attracts a large crowd, with people sitting three and four deep along the route.

After the cancellations were announced, some residents took to social media and said they would be organizing their own parade, gathering in a park and setting off fireworks. Hundreds of people have said they are going to attend or expressed interest in the holiday parade.

Boulder City Police Chief Tim Shea said he has reached out to the organizers.

“Police will be on duty and patrolling sites where said events are planning to gather,” he said.

Attempts to reach the event organizers by the Boulder City Review went unanswered.

To hold a public event, the organizer would have to apply for and be issued a permit by the city’s special event committee.

“The Boulder City Special Events Committee will not issue a permit for an event that would violate the directives of the governor of the state of Nevada,” said Communications Manager Lisa LaPlante.

Recently, Gov. Steve Sisolak said Nevada needed to stay in Phase Two because more positive COVID-19 cases were being reported and Phase Three would be delayed. He did not give a timeline or date of when it would start.

“The number of COVID-19 cases is on the rise, with a 25 percent increase in cases here in Boulder City since June 10,” Shea said. “With the number of people who live here who are elderly and/or immunocompromised, we urge residents to be respectful and follow the Nevada governor’s directives.”

Green said she and fellow committee members did not want to violate the governor’s orders.

“Next year we’ll have it bigger and better,” she said. “It’s irresponsible to … just do it.”

The Rotary Club of Boulder City made alternative plans for its annual pancake breakfast in Bicentennial Park that traditionally kicks off the day’s activities. It will hold a drive-up breakfast in the parking lot of the Senior Center of Boulder City, 813 Arizona St.

The city also reminded residents that the dry lake bed will be closed for the holiday. It will be closed from Friday, July 3, until Sunday, July 5. This will be the seventh year the city has closed the area to prevent massive gatherings and the associated cleanups that have occurred there in the past, LaPlante said.