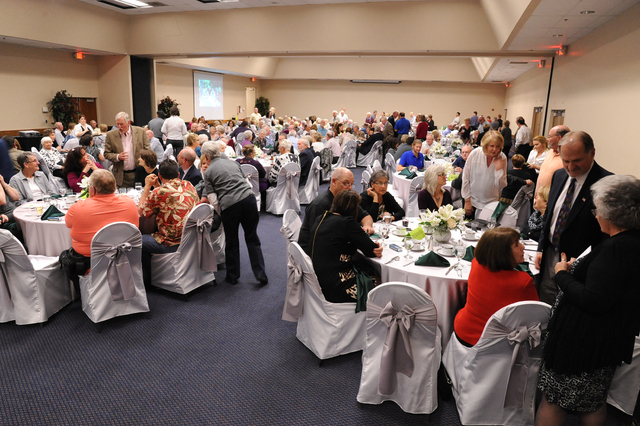 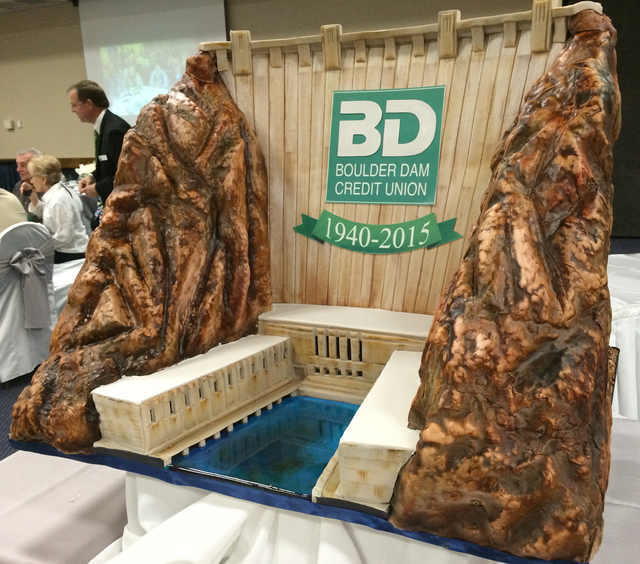 With a nod to its past and its focus on the community and the people it serves, Boulder Dam Credit Union announced two member-benefiting programs during its 75th anniversary meeting and celebration March 11.

Eric Estes, the credit union’s president and CEO, told those assembled that on March 31, the end of the first quarter, members will receive five times dividends on savings while borrowers will receive back all of the interest they paid during the quarter.

Estes said it was once a common practice for credit unions to return interest to borrowers, but is hardly done anymore.

“We have had an ongoing quarterly interest refund for many years but this is the first time we have refunded 100 percent for a quarter,” he said.

During the past 24 months, the credit union has regularly returned 32 percent of the interest paid to borrowers.

The interest paid to deposit accounts “is actually more unique,” he said.

“As far as I know only ourselves and Clark County Credit Union have paid extra dividends recently. We have done double dividends many times in the past, but this is the first time for five-times dividends,” he said.

Board Chairman Dale Imlay said, “The credit union has had a better than outstanding year. We owe a great deal of thanks to Eric and his staff.”

Together, the credit union’s 22 employees have more than 1,000 years of experience, Estes said.

The evening also included a short business meeting that included the election of board officers and a report about the supervisory committee that helps oversee safe and secure operations and audits of the credit union.

Imlay, Helena Broadbent and Doug Scheppmann were re-elected to the credit union’s board of directors.

There also was a special tribute to Bill Ferrence, who served as manager of the credit union for nearly half of its existence.

“His legacy is alive and well in this room tonight,” Estes said of his late friend and mentor.

The festive evening concluded with the traditional awarding of cash prizes, $2,750 in all.