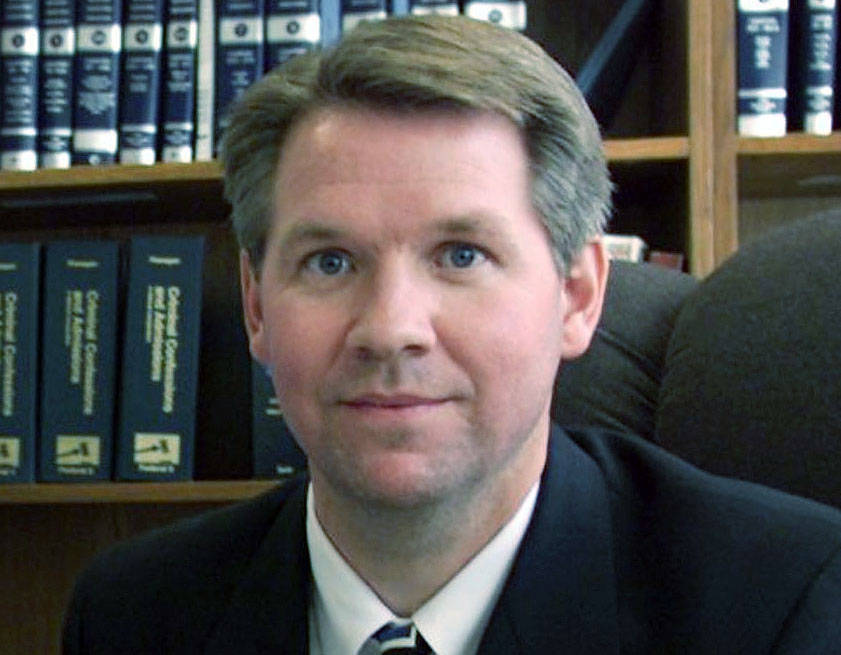 The new Clark County Public Defender credits growing up in Boulder City as a key part of his education and career.

On Tuesday, Dec. 4, Darin Imlay, who was born and raised in Boulder City, was unanimously approved as Clark County Public Defender by the Clark County Commission. He starts his new role Jan. 14.

“The quality of people in Boulder City and the interest they take in the youth is what makes Boulder City a great place to grow up,” he said.

Imlay said when he was growing up, many of the adults in town — coaches, friends, family and church leaders — mentored him.

“It was just as valuable as the education I got,” he said.

Imlay graduated from Boulder City High School in 1984. He attended college at Brigham Young University in Provo, Utah, and law school at the University of Colorado in Denver. He returned to Southern Nevada after law school and became a judicial clerk for a little more than a year. After that he started working in the public defender’s office, where he has been for 22 years.

He said he got the idea to become a lawyer during his two-year mission for his church in Argentina. One of his leaders was an attorney in Mexico; Imlay called him his hero and said he had a huge influence on his career choice.

“I love the flexibility of it,” he said. “You can own your own business or work in the courtroom. The options are endless.”

Since coming back to Clark County, Imlay said he has argued cases at every court level.

He’s stayed in the public defender’s office because he said the work is rewarding.

“I like being in the courtroom,” he said. “I like the variety of cases, the variety of work. To give a voice to a group of people who don’t have one is rewarding.”

In his new position, Imlay will run the public defender’s office, which has approximately 120 attorneys and 100 staff members.

His primary goal is to unify the office, as it currently has a lot of division.

The previous public defender, Phil Kohn, announced his retirement in August during an internal investigation that found he had behaved inappropriately with women working in his office.

Kohn worked in the position for 14 years.

“I want the people in the office to take pride in what they’re doing,” Imlay said. “There’s unbelievable people who work there.”

Several concerns were raised to county commissioners during Imlay’s appointment.

There appeared to be a lack of community involvement in his recruitment and some were concerned about the neediest defendants. At least a dozen detractors asked the commission to reopen the process.

Franny Forsman, a former federal public defender for the state who was on the selection committee, told commissioners that the process had devolved into a “popularity pool” and the committee’s work had effectively been “disregarded.”

Imlay, however, sought to assuage those worries after his appointment was approved and said he was committed to the community and that changes need to be made to the system.

The commissioners are hopeful that he can fix a “broken” public defender’s office they say is marred by low morale. Public defenders who work in the office vouched for his ability to turn the department around.

Additionally, Imlay said he wants to reform the system and work with the Clark County community to address the needs of its clientele so his office is understood better.

Imlay has been married for 26 years; he and his wife have two grown children and one grandchild.