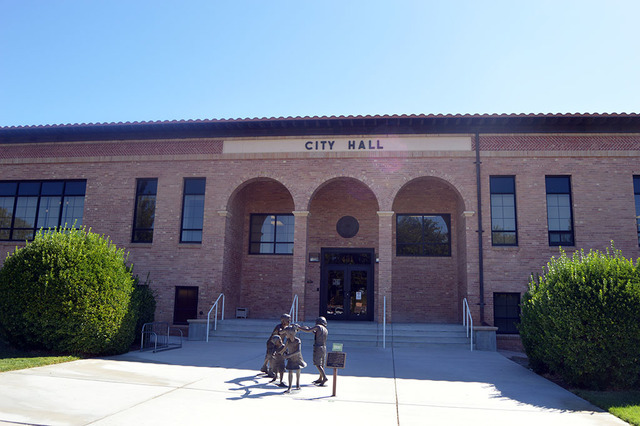 Boulder City Council delayed a vote on a new mission statement for the Historic Preservation Committee on Tuesday night, forcing supporters of a new preservation ordinance to wait a little longer.

Council members unanimously supported the committee’s new mission statement, but felt it needed to be looked at by City Attorney Dave Olsen and better address the concerns of the city’s Planning Commission.

Despite the planners not approving the preservation committee’s mission statement or request to bring it to the council, the committee asked that council look at it and consider approving it.

“This proposal does a great job explaining the scope of the preservation committee and I don’t see anything wrong with it,” Councilman Duncan McCoy said. “But I am not a lawyer and I think we should have a review where we look at the language of the document and make sure there is not something that could hurt us in the future.”

“We are missing some definition elements,” Walker said. “We want the attorney to look at the elements of this. I would like to pass it now, but we need to look at it with the perspective of legal input.”

The preservation committee based its new mission statement off of Connecticut’s Historic Preservation Ordinance with a few changes to make it less regulatory.

The proposed mission statement for Boulder City states: “The purpose of this Chapter is further to promote the educational, cultural, economic, environmental, and general welfare of the city.”

The mission statement goes on to list specifics such as preserving the architectural structure of historic buildings, reusing them to keep them economically viable and enhancing the attractiveness of the area where they are located.

There seemed to be confusion as to how regulatory the new mission statement would be to the city and private homeowners, with members of the planning commission and supporters of a stricter preservation ordinance thinking the mission statement would potentially create new regulations, and preservation committee member Kiernan McManus stating that it did not have regulatory power.

“There are no new regulations in the mission statement,” McManus said. “It is just a way to better define our values. Boulder City does often define itself as Historic Boulder City.”

However, Planning Commissioner Fritz McDonald said the mission statement as it was could lead to future regulations that would be too stringent.

“I think the committee has done an excellent job with this proposal,” McDonald said. “But we walk a fine line between what is public and what is private and I don’t want regulations that tell people what they can and cannot do to a house they own.”

McDonald said he was proud of the work done by the committee and that he looked forward to finding a mission statement that suits everyone.

Many supporters of the mission statement believed it was the only thing that would protect historic buildings from city officials whom they felt did not take preservation seriously enough.

Boulder City resident Peggy Kelly Durfey said the mission statement needed to be stronger as she invoked the ghost of the Old Boulder City Hospital, which was torn down last year.

“We need some teeth in this statement so another historic building like the old hospital, which is currently an empty lot growing weeds, does not get torn down again.”

After the meeting Durfey said she was unhappy with the council’s decision to table the vote.

“The city keeps putting this off for another time and if they are as supportive of historic preservation as they say, then I want to see some action.”

“We want our rights to protect our historically significant buildings,” Waites said as she continued to choke up. “We are constantly getting turned down and we are begging you! Please don’t turn us down again.”

Despite her plea, Waites and other supporters of the ordinance did not get their vote, leaving many of them frustrated and noticeably angry with council members.

“I am fine with discussing this more,” McManus said. “The planning commission had some reasonable concerns and we will talk about it more and find a way to make a mission statement that shows our commitment to preservation and addresses the city’s concerns.”

Councilman Rich Shuman said he and the rest of the council are supportive of historic preservation, but the statement needs more work.

“We support the work of the committee, but this needs another round of revisions,” Shuman said. “I am willing to work with you, going to meetings and getting this done.”

The ordinance will go back to the Planning Commission during its next meeting. Since the ordinance was tabled it only has 30 days to go back to the council in its current from, a timetable that city officials said will not be met, meaning the bill will have to be resubmitted.

In other news, the City Council decided to table the rest of their agenda because of the absence of Mayor Rod Woodbury and City Manager David Fraser.