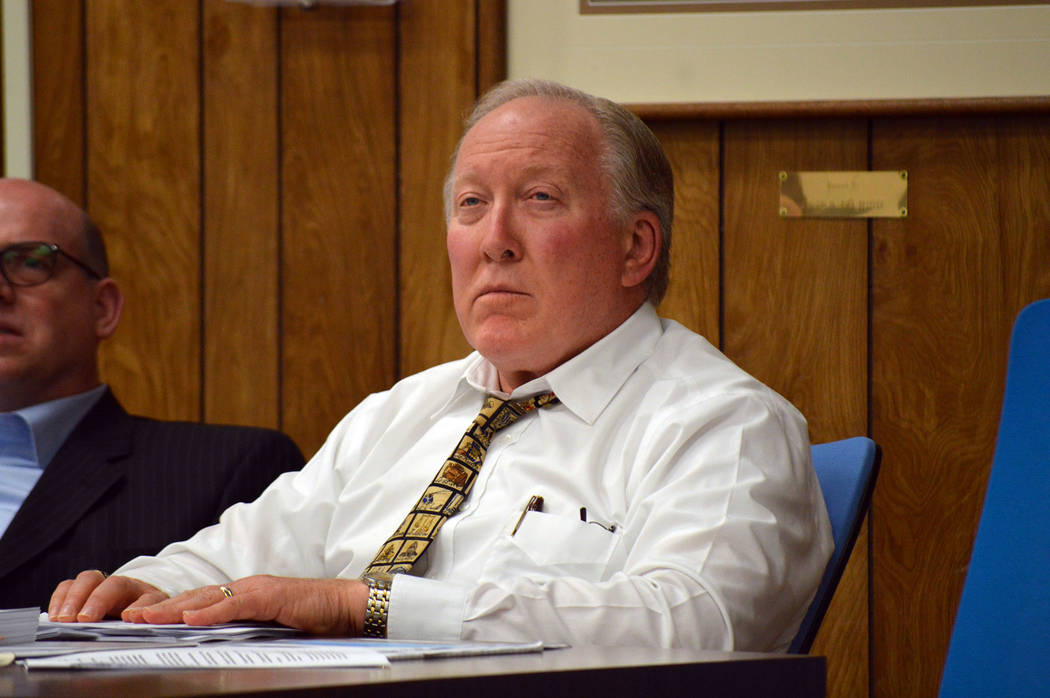 The City Council moved one step closer in finding a new attorney, as it approved a separation agreement with current City Attorney Dave Olsen.

The agreement was unanimously approved at Tuesday’s council meeting.

“It incorporates the contract Dave Olsen signed when he was hired in terms of severance,” said Steve Morris, the assistant city attorney for Boulder City. “It’s mutual in its protections not only for the city … but also Mr. Olsen.”

Olsen was asked to resign after meeting in February with Boulder City Mayor Rod Woodbury and Councilman Cam Walker. His last day as city attorney will be June 30.

“The timing of this is good for me … and we negotiated what I felt was a fair agreement,” Olsen said.

“I still felt like I could have been there for a few more years,” he added.

He said he had hoped to have his name on the list of people in City Hall who had worked for the city for 20 years.

“I hate to see Dave go,” said Councilman Duncan McCoy. “I’ve known him a long long, time. I thank him for all he’s done for the city.”

Olsen’s separation agreement requires him to be paid for all leave accrued through June 30 and a lump sum of four months of salary. Both are to be paid within 10 days of July 1.

The City Council also directed staff to begin the recruitment process for a new city attorney. It approved moving as quickly to have as much done as possible by July 1. The salary will be negotiated and applications will be accepted until mid-May.

Staff also will use its internal resources to recruit candidates rather than hiring an agency for the job and will look for in-state candidates through the Nevada Bar, city website and other appropriate publications.