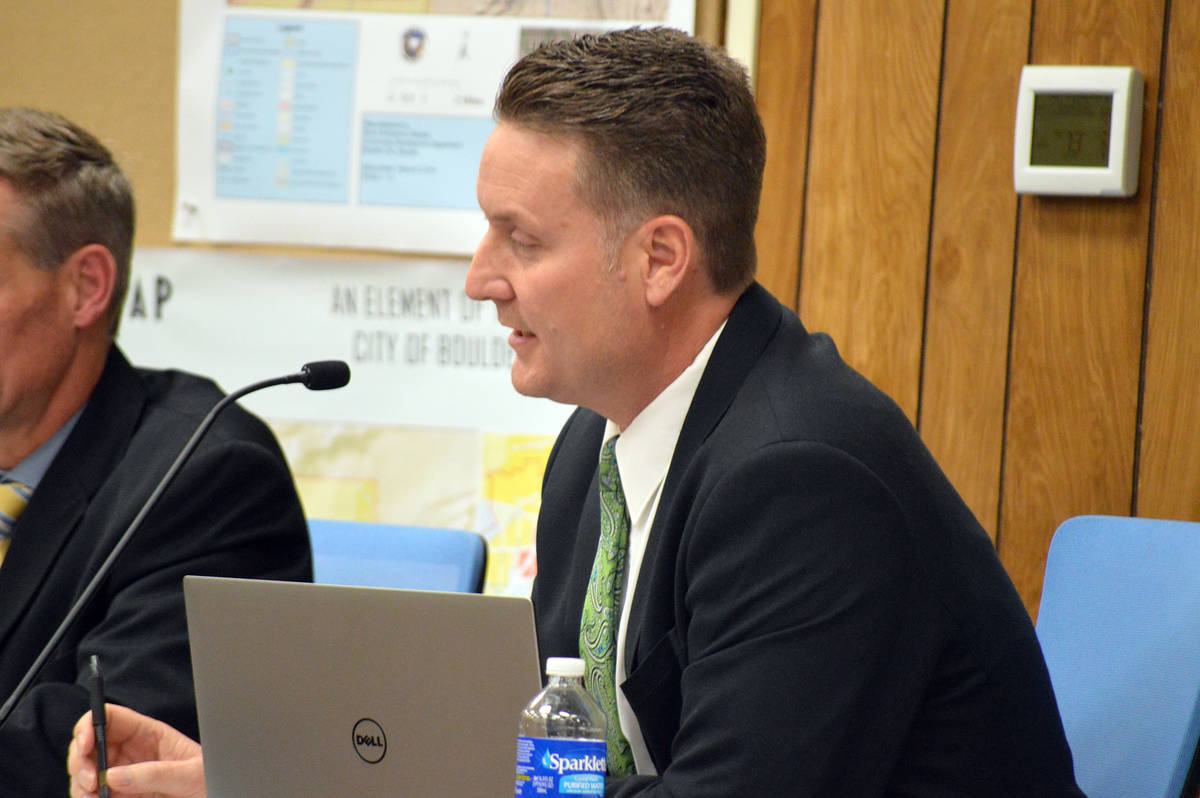 Tuesday's, May 12, City Council meeting was canceled and rescheduled upon the recommendation of City Attorney Steve Morris due to information being left off the agenda. It will be held at 7 p.m. Tuesday, May 19.

In order to correct a possible open meeting law violation, City Council rescheduled its Tuesday, May 12, meeting because information had been left off the agenda.

The announcement was made just as the meeting was supposed to start.

City Attorney Steve Morris said it had been brought to his attention that the agenda did not include how members of the public could comment during the meeting. Morris said Nevada Gov. Steve Sisolak’s Directive 006 required that information to be included when meetings were done through teleconferencing or streaming with no members of the public allowed to attend. He said the “deficiency” could be an open meeting law violation.

“Out of an abundance of caution, I would recommend that the council meeting be reagendized and set for a special meeting at another time,” he said.

Mayor Kiernan McManus said a special meeting would be held at 7 p.m. Tuesday, May 19.

Additionally, he said people who had submitted public comments through email would not need to resubmit them. They would automatically be included during the next meeting.

“Again, apologies for this,” he added. “I know it was just an oversight, but as the city attorney has said, we’re just unable to conduct the meeting tonight and will do so on the 19th.”

This meeting is not the first time the council has been warned about a possible open meeting law violation.

In January, a former City Council member filed an open meeting law complaint with the attorney general’s office for actions taken at its Oct. 22 meeting. During that meeting, the council members discussed an agenda item even though Morris recommended it be removed because it lacked specificity and could be a violation.

The attorney general has yet to issue an opinion on the complaint.

Also, at the April 15 council meeting, Morris warned the members they could discuss fuel standards that were put into place by the city manager during a time of emergency but they could not discuss whether the use of emergency power was warranted. McManus disagreed and discussed the use of power anyway.