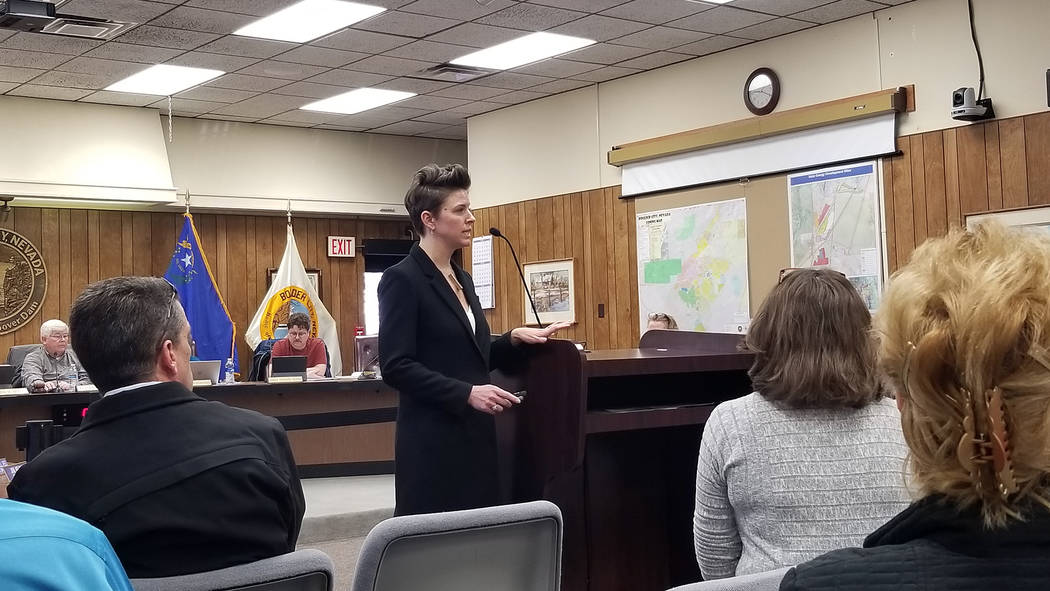 At a City Council workshop Tuesday, Feb. 4, representatives from Stantec Consulting Services Inc., which had been contracted in December 2018 to plan improvements for City Hall and include an inventory of municipal properties, presented their final draft report. It included an evaluation of the city’s long-term needs for its facilities, as well as recommendations on how to optimize space for the short and long term, improve customer service while keeping the safety of staff and visitors in mind, and how to maintain the properties.

The more-than-700 page report, which is supposed to provide a framework and road map for the city’s decision making with its facilities, was originally expected to be presented in November.

Councilman James Howard Adams asked why it took so long to complete.

“There was a lot of work that went into this,” said City Engineer Jim Keane. “They had a team of four or five people that went into each of these facilities to do the inspection, so that took quite a bit of time.”

Keane said after the inspections, Stantec held two visioning sessions with city department heads and whoever else was needed and then fleshed out the ideas and drafted the report.

“We went through a survey process where all the departments filled out surveys, so that took some time as well,” he added.

In the draft report, Stantec recommended City Hall be renovated to create a one-stop shop for people needing to do a variety of things like paying utility bills or applying for a permit. Stantec architectural planner Sydney Hamilton said it would also be made more accessible for the public and improve safety for staff and anyone who comes in.

Councilwoman Judy Hoskins said she was concerned about that possible change because she had been in other cities where it had not worked.

“I don’t think that’s a really good idea,” she said.

Hamilton also suggested that the water filtration plant at 300 Railroad Ave. be repurposed into a public facility.

“When we say repurpose use, we’re not necessarily … (saying) stick a brewery in there,” she said. “You could open it to the public if you made it safe for the public to visit, and it could stay a building in its current state that doesn’t house anything if the city thinks that’s appropriate.”

According to the report, the condition of the water filtration plant’s roof was rated fair.

Hamilton said she did not know the answer and would have to defer to the person who did the assessment.

Resident Ray Turner said he also was confused about it being considered in fair condition.

Additionally, Adams asked Hamilton about the Los Angeles Department of Water and Power Building at 600 Nevada Way, which houses the nonprofit Emergency Aid of Boulder City. In the report, Stantec said its highest and best use was not being utilized.

“What is a higher, better use than providing emergency support for our community that helps prevent perpetual poverty cycles, helps prevent homelessness?” asked Adams.

Hamilton said the work that Emergency Aid does is wonderful and they want it to continue, but that doesn’t mean the best use for the LADWP building is to house it.

“Your body needs food,” she said. “Your bathroom isn’t necessarily the best room in your house for eating. So just because the service being provided is morally wonderful and necessary … doesn’t mean that absolutely any building in the city is the best building for that.”

Hamilton said Emergency Aid would need to be relocated somewhere that is centrally located and allows it to provide its current services.

The report suggested the building be renovated into a welcome center. The museum inside the Boulder Dam Hotel could also be moved there. Hamilton did say they had not talked to the hotel or the museum about the idea.

Mayor Kiernan McManus said he thought highest and best use was a “loaded term.”

McManus said he would like to know the criteria since the report recommended replacing one nonprofit with another.

“This is like the fourth attempt to get the water and power building. … It’s inconceivable to me to move the museum to that location,” said Tom Tyler, president of Emergency Aid.

Tyler said the building is at one of the town’s busiest intersections and the only available parking near it is one way.

Treasurer Deborah Finnegan said Emergency Aid has spent $40,000 in the community so far this fiscal year to help with people’s rent and mortgage payments. She said they assist more 300 people each month.

“I just feel that we do such a service to this town. … We’re the heart of the community,” she added.

McManus also said that council should have been more involved with the draft report as it sets the policy for the city. He said the report appeared to be staff driven, which was not a criticism of staff, but a different perspective would be helpful.

The next step for this report is a public workshop. Communications Manager Lisa LaPlante said one was being planned but a date has not yet been set. Once the public workshop is complete, the final report will come back before council.

The city paid $488,510, which came from the general fund, to have the survey completed.