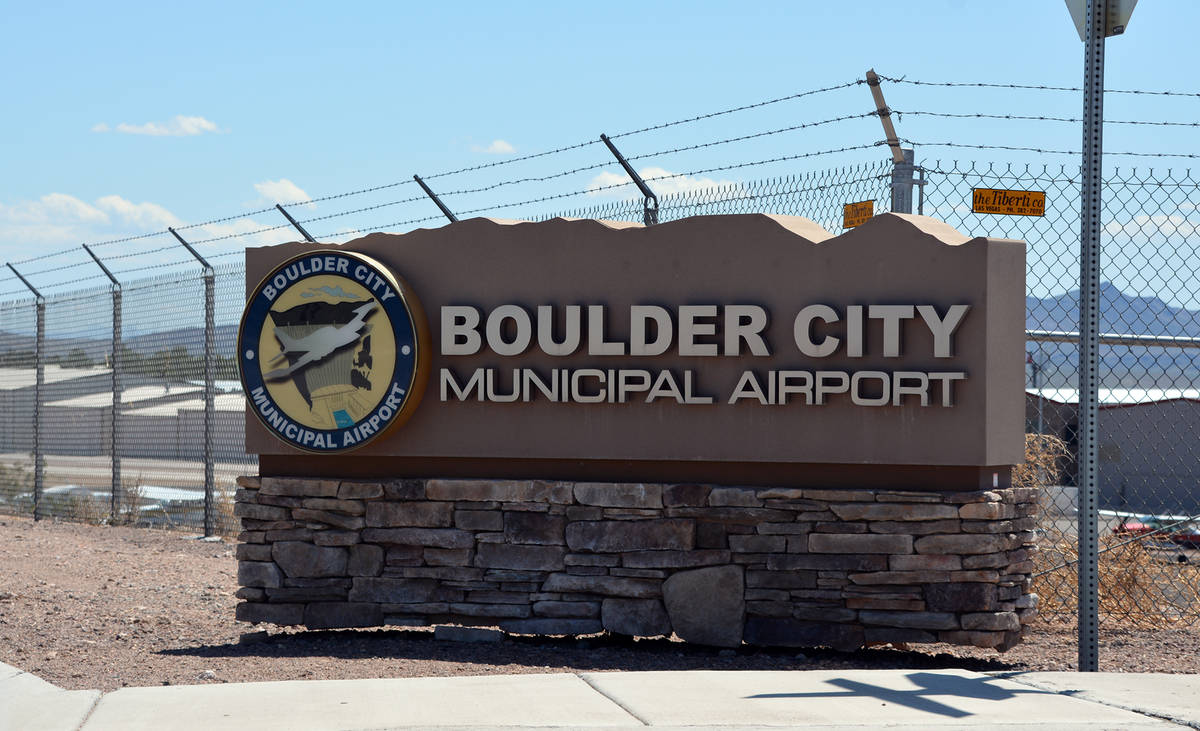 The installation of an air traffic control tower at the Boulder City Municipal Airport is part of the proposed capital improvement plan for fiscal year 2022.

During Tuesday’s, Dec. 1, capital improvement plan workshop for City Council members, McManus said he was concerned because the community may not want a control tower at the airport.

“I’m not sure that’s had a sufficient amount of public input or if it fits in with what we would like to see happen here in Boulder City,” he said. “I know there are concerns that have been brought up regarding safety. I think there might be other ways to manage these safety concerns rather than doing this.”

The estimate for the proposed tower is $700,000, which would be spent in fiscal year 2022, according to the draft capital improvement plan. The Federal Aviation Administration would provide $656,250 and the city would be responsible for $43,750.

In April 2018, when the city was accepted into the FAA’s control tower program, then airport manager Jennifer Lopez said that number was higher than the agency’s threshold for a control tower.

McManus said he was concerned that a tower would increase airport operations and said installing a new fire station with the control tower had been mentioned.

Williamson said in his first four months of working at the airport there were five near mid-air collisions between aircraft.

“That is unprecedented. … The FAA and I also think that this is something that really needs to be constructed for this airport because you don’t want to have airplanes hitting each other in the air or on the ground,” he said. “That’s what an air traffic control tower mitigates.”

McManus said he understood Williamson’s concern but his point was whether it was “desirable for the city of Boulder City to become the object of an airport that has increasing traffic coming in and out of it.”

“What I’m saying is the solution is not to build infrastructure to further facilitate the growth of the airport,” he said. “That’s one alternative. It should not be the only alternative available to the community. … Rather than listening to airport users, we need to listen to the community as to what type of airport they want in their town.”

He also said he was afraid the requirements for use of the FAA’s money would “crush” the community.

Councilwoman Claudia Bridges said a number of people in her family were in the aviation industry and she “absolutely” disagreed with McManus.

“I believe that public safety is number one. … Five near misses is too much,” she said.

She also asked if a control tower would increase the capacity at the airport.

“A control tower controls the airspace,” said Williamson. “That’s all it does.”

Councilwoman Judy Hoskins agreed with not wanting any expansion at the airport, but said she did want to see a tower there.

“I come from an aviation family,” she said. “I’ve flown where there’s no towers, and I’ve spotted the 3 o’clock, 10 o’clock planes that are coming in and you almost crash. You have a system out there with fixed-wing (aircraft), helicopters and the sky divers that is very dangerous, and a control tower … controls the traffic. That’s why I approve of it.”

Another airport project under the draft capital improvement plan is replacing the underground fuel tanks for the fuel farm. It is estimated to cost $925,000.

Councilwoman Tracy Folda said she would like staff to research creating a request for proposal for an outside contractor to provide the fuel and the improvements.

Council members also requested more details about the return on investment and a cost benefit analysis of the projects in the plan.

“We’re going to be taking that into consideration as we report back to you on each of those items and getting additional information,” said Acting City Manager Michael Mays.

That information will be presented to City Council at the Jan. 12 and 26 meetings. The finished plan will be submitted to the state of Nevada by June 1, according to Carol Lelles, the city’s capital improvement plan coordinator.