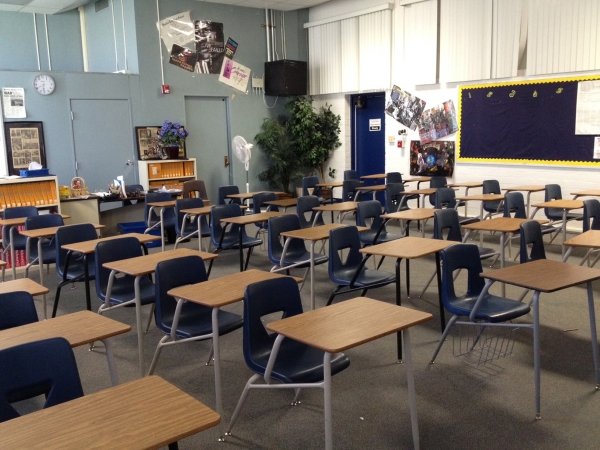 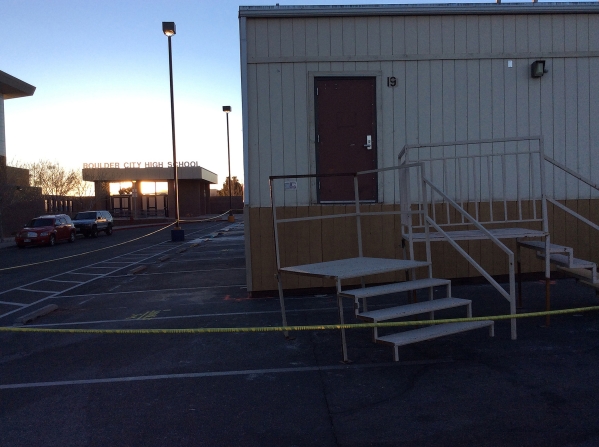 Nearly 17 years in the making, Boulder City High School will finally start the next phase of its remodeling process this December, according to Principal Amy Wagner.

“The plan for phase two is to take down two-thirds of the 200 building and the entire 300 building,” Wagner said. “They’ll leave all of the 100s and the administration building for now. The reason behind that is the ‘brains’ of the entire building — the server, Internet, all that kind of stuff — is located right here.”

Phase one of the project, according to Wagner, was done in 2004 when the old gymnasium became the new library, and a new gymnasium was built. That project was the only phase completed since the Boulder City was awarded a four-phase project in 1998.

The remodeling project will make the high school much more accessible and easier to navigate through, Wagner said. Classrooms also will be much more centralized, so students will not have to walk far stretches in between periods.

Phases three and four of the project will include moving the theater from its current spot to the West side of the high school, building a 100-plus seat auditorium and turning the grassy field that sits behind the school’s flagpole into an expanded parking lot.

It’s well-known that the $16.3 million remodeling project has been talked about for quite some time, but the reasoning for its delays are not.

On June 1, the Nevada Legislature passed Assembly Bill 172, which said construction projects must be bid with the use of prevailing wages. Prevailing wages provide a base hourly wage and benefits, which are calculated through the state labor commissioner.

So, what does all of that have to do with Boulder City High?

School districts were exempt from having to pay prevailing wages on public works projects, Wagner said. That is until AB172 was passed, repealing Senate Bill 119 that exempted school districts.

“When the legislature voted that bill in, that meant our whole bidding process happened without prevailing wage,” Wagner said. “Now, all of the sudden, we had to rebid everything. It sets you back.”

That wasn’t the only issue holding the school back, as the original 2004 modeling plans were outdated.

“They thought they could use the existing plans from 2006,” Wagner said. “The problem was things changed. What they wanted to take down wasn’t necessarily in the plan. They were taking away my drama classroom or other classrooms and not putting them back in the new plans.”

The 100-year flood channel also was not accounted for in the original plans, and the school’s security system — that was updated in 2004 — is now out of date and can’t communicate with the new buildings’ systems, according to Wagner.

CORE Construction, which was awarded the bid for Boulder City High’s project, will have a hearing in front of the Clark County School District on Dec. 10 to make the bidding process official, which Wagner said will undoubtedly happen.

After months of uncertainty, hurdles that had to be cleared, and bids given out, rescinded, redone and officially handed out again, Boulder City High School will officially start remodeling this month.

Wagner said CORE Construction will start working on Dec. 15, but that the school will hold a groundbreaking ceremony at 1:45 p.m. Dec. 17.

Wagner said phase two’s expected completion date is December 2016, and that she’s hopeful phase three will begin in May 2017.