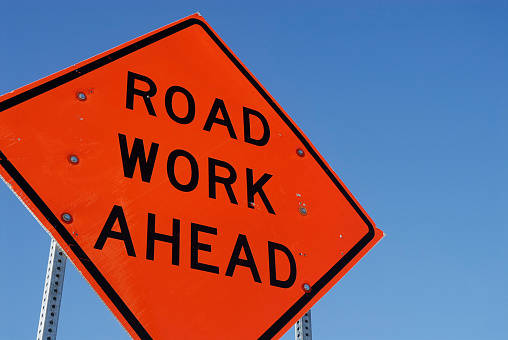 Construction on Arizona Street has caused the Boulder Dam Hotel to lose more than $100,000 in canceled bookings.

Work to install and repair utilities, concrete and asphalt paving along the road started at the end of April, and hotel General Manager Roger Shoaff said they were not given much notice of the evening work. Once they did, they had to immediately inform the hotel guests, those with upcoming reservations and their online travel agents that there would be construction noise at night.

The result was more than 700 canceled reservations, he said.

At the June 12 City Council meeting, Leslie Woodbury, museum development officer, said the hotel had lost approximately $150,000 because of the construction.

“If there was more notice, we could have handled it differently,” Shoaff said. “Because it was short notice, there was nothing else we could do. … Telling people who have a booking in four days that there’s going to be (construction) noise, that was a very difficult time. It placed a lot of financial strain.”

Because the hotel profits fund the Boulder City/Hoover Dam Museum, which is inside the hotel, the canceled bookings caused a deficit.

“We’re not the same as other hotels in town,” Shoaff said. “The profits support the museum.”

The hotel is the Boulder City Museum and Historical Association’s largest asset and a major source of funding.

Shoaff said he incorporated the losses into the budgets for the next two years.

“We can pay for it for the next two years, but the expenses are now,” he said.

He also said that it causes a cash flow problem.

Despite those issues, Shoaff thinks the long-term effects could be worse if they hadn’t told the customers about the noise because of their high online rating.

“We don’t want to tarnish our name,” he said. “If we come out of this and still have a top position in the industry, we can recover faster.”