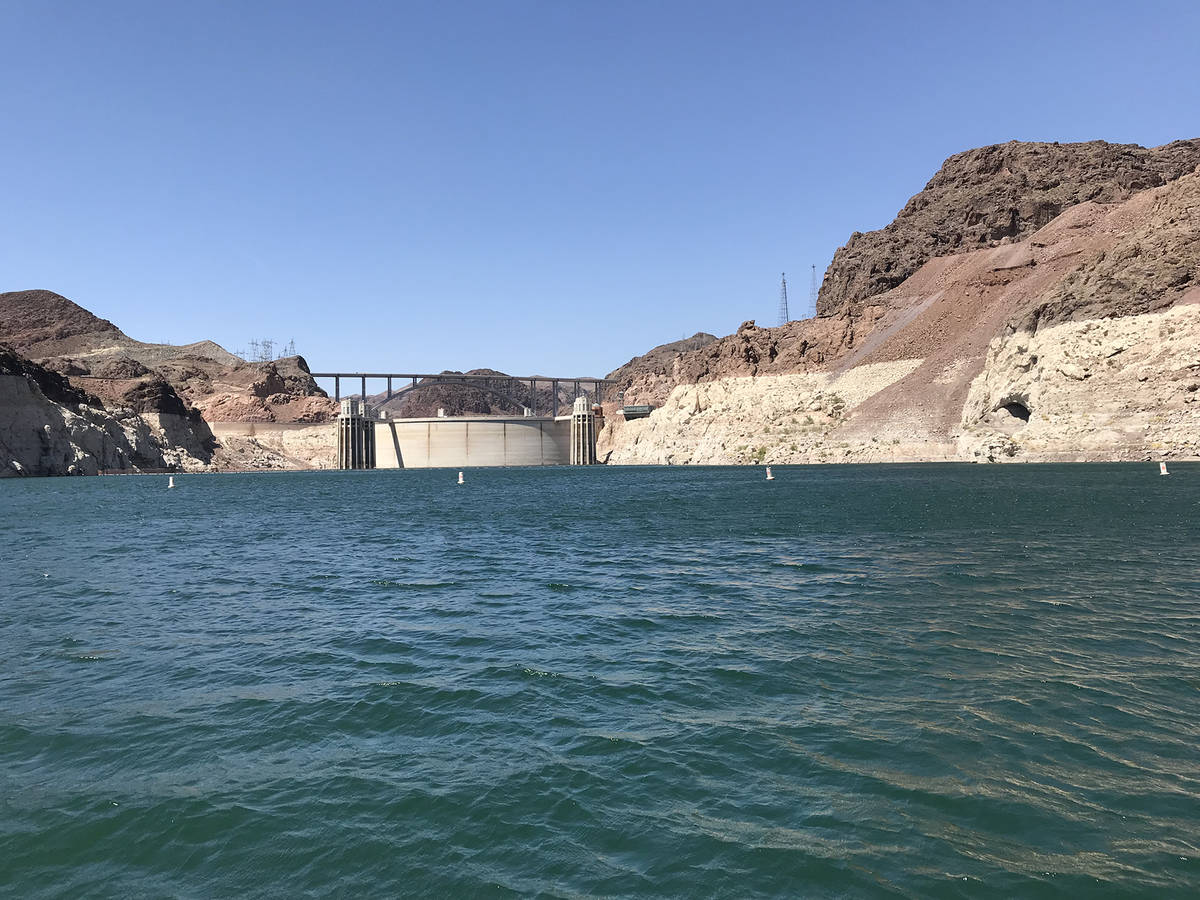 Colorado River water operations will remain the same for Southern Nevadans next year despite Lake Mead being lower than a year ago and below the level needed to stay out of the drought contingency plan.

“In 2021, we will be operating the same as this year,” said Patricia Aaron, public affairs officer for the Bureau of Reclamation’s Lower Colorado Region. “Nevada’s drought contingency plan water savings contributions will be the same as this year. As always, we encourage as much water conservation as possible by residents.”

The reason for the normal operations is because Southern Nevada has already conserved enough water to cover reductions agreed to under a 2019 agreement for the Colorado River, Southern Nevada Water Authority spokesman Bronson Mack said.

“We already did that heavy lift,” he said.

The wetter winter is also helping the water level in the lake’s reservoirs.

“After a promising start to the snow season last winter, spring and summer turned very dry,” said Reclamation Commissioner Brenda Burman. “Thankfully, our reservoirs continue to do what they were built to do and are providing reliable water by holding it over from wetter years.”

According to the Bureau, since Lake Mead is projected to begin the year below the drought elevation threshold of 1,090 feet, Arizona, Nevada and Mexico will need to continue to make water savings contributions to the lake in 2021. Seven basin states, the U.S. federal government and Mexico entered into the agreement in 2019 in order to reduce risk in the basin.

Operations for Lake Mead National Recreation Area also will not be affected by the bureau’s report.

“Based on the Bureau of Reclamation’s projections for Lake Mead for the next two years, elevations will be similar to what we saw this year, meaning recreation will continue to be outstanding in 2021 and 2022,” said Christie Vanover, public affairs officer for the park.