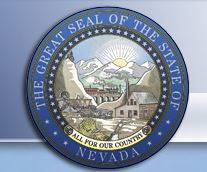 A Boulder City resident has filed a complaint with the state against a local organization, accusing it of operating as an illegitimate committee for political action.

The complaint also names a current City Council member and candidate as leaders of the group.

On April 5, Fritz McDonald filed an election integrity violation report against the Boulder City Community Alliance with the Nevada secretary of state. He wrote that the alliance is operating as a PAC “knowingly and intentionally avoiding required filings, and refusing to comply with relevant laws and requirements.”

McDonald lives in Boulder City and is the chairman of the Planning Commission. Additionally, he ran for City Council in 2017 but did not advance past the primary.

He said he filed the complaint because he feels like everyone else has been following the rules and everyone needs to be held accountable.

In it, he wrote that city councilman and mayoral candidate Kiernan McManus and council candidate James Howard Adams are alliance leaders and are “intentionally and actively using the BCCA as an arm of their campaign while avoiding the filing and reporting requirements.”

McManus and Adams deny the claims.

Adams called them a smear campaign against citizens who are actively engaged in the political process and said McDonald’s “blatant lies” show that some people are threatened by a well-informed community.

“Fritz accuses the BCCA of operating as a PAC,” Adams said. “The BCCA does not collect dues, nor does it solicit or distribute money to any candidate or campaign. There is no official membership that I am aware of. Meetings are open to the public and cover a wide range of topics important to Boulder City.

“The claim that I play any leadership role in the BCCA is also laughable. I have never called a meeting, nor have I ever officiated over one. I participate as much as every other attendee by asking questions and sharing information. If Fritz were actually concerned with the actions of the BCCA, he could have simply attended a meeting or reached out and asked.”

McManus had a similar reply.

“The frivolous complaint from Mr. McDonald does not contain any facts to support his baseless accusations. … The Boulder City Community Alliance invites people with the desire so many of us hold to see our small town continue to thrive and speak up about it,” McManus said. “There is no membership (of) which I am aware. Do I know and work with people that share the desire to maintain conservative growth and prevent the special interests from driving our town toward rapid growth? The answer is yes. The arms of my campaign are attached to volunteers who treasure what we have in Boulder City.”

In his complaint, McDonald wrote that BCCA acts as a political action committee, endorsing local candidates and positions on ballot questions. Additionally, he alleged that its “members collectively decide to raise and use private funds from their members while avoiding the filing of C &E (contributions and expense) reports as this activity is not through a central bank account.”

He did not provide any specific examples of the alleged actions and said it is about the “appearance of the collective whole” of the organization.

“There is no smoking gun,” he said.

All three of those candidates have filed their required financial statements with the state.

McDonald added that he does not think the alliance has any malicious intent but said it still needs to be transparent and play by the same rules as everyone else.

“They just need to be transparent,” he said. “They’re the ones calling for more transparency.”

According to the complaint application, it is being reviewed by a member of the state’s staff.

According to its closed Facebook group page, BCCA is a community group that was started in October 2016 and works “to advance the public welfare by ensuring that Boulder City is maintained as a healthy, spacious, clean, well balanced, carefully-controlled community primarily by preserving its small-town historic atmosphere and character and avoidance of uncontrolled and rapid growth.”