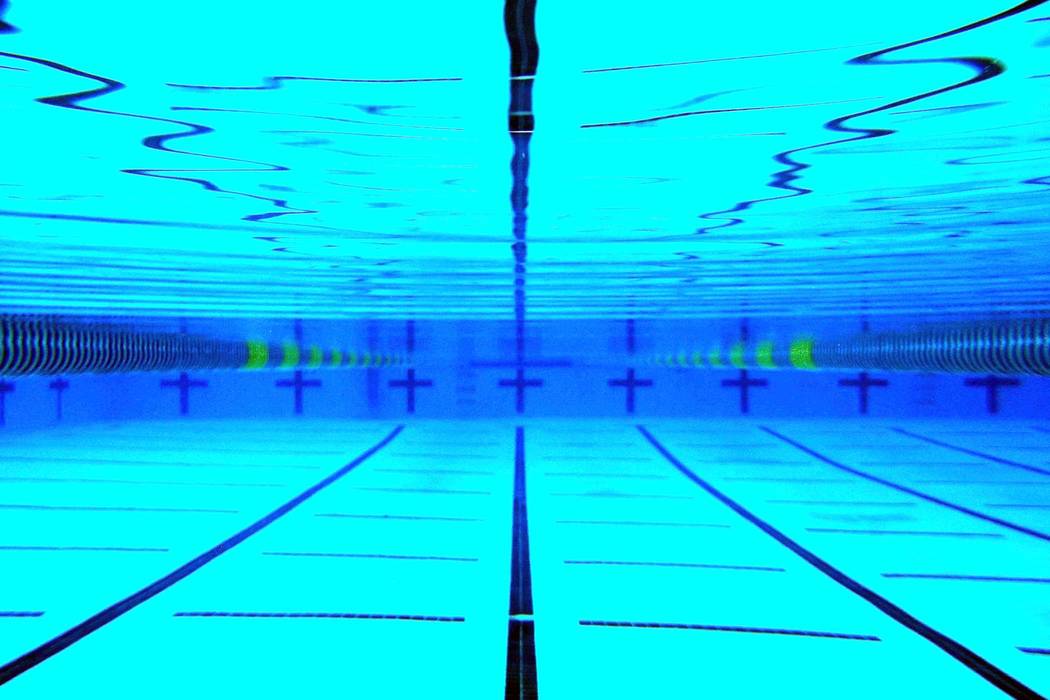 Paul Luisi/Boulder City Review The Boulder City Pool was constructed 37 years ago, the Parks and Recreation Commission approved starting the process for a new one at its meeting on Monday. 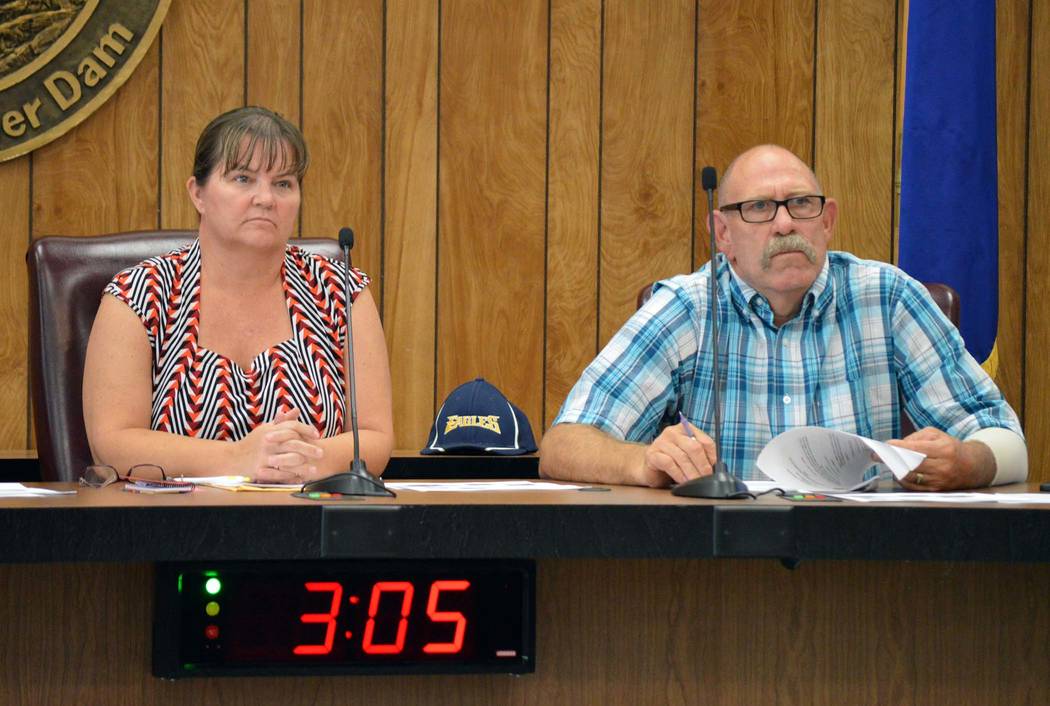 Celia Shortt Goodyear/Boulder City Review Parks and Recreation Commission Chairwoman Carol Lelles and Commissioner Chuck Pickins listen to public comments about the need for a new pool at the commission meeting on Monday.

Many Boulder City residents agree the city needs a new pool, and they voiced their support for it at Monday’s Parks and Recreation Commission meeting, where the commissioners approved the first step in that process.

The current Boulder City Pool was constructed and dedicated approximately 37 years ago, according to Parks and Recreation Director Roger Hall, who helped with that project.

He said the facility was state of the art when it was built, but now it is outdated and showing signs of disrepair.

Some of the current problems at the pool: The locker room doors are rusted, the pool deck and bottom are cracked, the air support structure is ripped on the inside, and the mechanical components are rusted and corroded.

“I commend Jake and the other pool managers for trying to keep this facility in operation,” he said. “It’s very hard to do, because anything can happen, and it normally does.”

Annaliese Rogers has lived in the city for 15 years and has a daughter in eighth grade who swims competitively and has goals of swimming at the University of Michigan.

“As a mother of a child that has aspirations to swim in college, we need a better facility,” she told the commissioners on Monday.

She also encouraged the commissioners to consider the location of the new pool.

“When you guys take into consideration where to put the pool, consider the schools. Consider where the kids have to walk … The kids walk right from school,” she said.

“I think the reason that we have been a successful high school team and club team is that we do have a pool in this town … Without a facility that’s open, you know, pretty much all the time, I think our community’s going to lose,” she said.

Carroll also encouraged the commissioners to keep some type of swimming facility open during the construction so they wouldn’t lose any patrons.

Other residents also expressed the idea of making the new pool facility large enough to have high school and even state swim meets.

Jeff Andrews said he was giving a wholehearted endorsement of moving forward with a new pool.

“We could put a regional swim center in here and have three or four big invitational meets a year and draw from Arizona, Utah and California and just have a fantastic program,” he said.

“The real goal ought to be maybe to have one or two events throughout the course of the year that can really bring in and fill up our town … I’ve done swim meets with my kids where we go to California or to Arizona, and you’re there for the whole weekend, and you’re staying in hotels and you’re eating food,” he said. “You really cannot go far because you have finals that night, so it’s not like people can leave Boulder City and go back into the valley and then come back. They’ll be staying here all day and enjoying our town.”

The Parks and Recreation Commissioners also voiced their support for a new pool.

Commissioner Carla Morgan agreed with having the ability to hold swim meets at the new facility, as well as giving swimmers the opportunity to practice in the best facility available.

“I wholeheartedly agree, and we definitely need a new pool facility, just like everyone else out there,” added Commissioner Erika McDonald.

Chairwoman Carol Lelles said she was excited to finally take a vote on this project, as it was the reason why she has been on the commission for the last ten years.

The commissioners unanimously approved having the Public Works Department send out a request for qualifications (RFQ) to hire a consultant for the new aquatic and cultural center.

The next step is for the RFQ to go before the City Council for approval. Once approved, the consultant will research the project and set a budget for it and its options. The master plan for the new aquatic and cultural center estimates the final proposal to go before the council in April 2018, and the design to be completed by June 2019. Construction would start in October 2019.