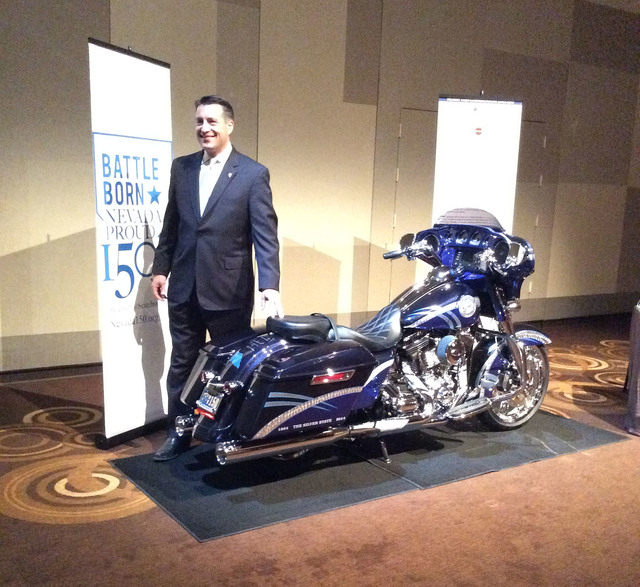 Gov. Brian Sandoval stands in front of a customized 2014 FLHX Harley-Davidson Street Glide to commemorate Nevada’s 150th anniversary. The two-tone Nevada blue motorcycle is accented with silver leaf and features the Battle Born Nevada 150th logo, state seal and state flag. It’s also signed by the governor. Created by Las Vegas Harley-Davidson, the bike is being raffled to benefit the Nevada 150 Foundation. Tickets are $150 each. For more information, visit www.hdnv150.com.