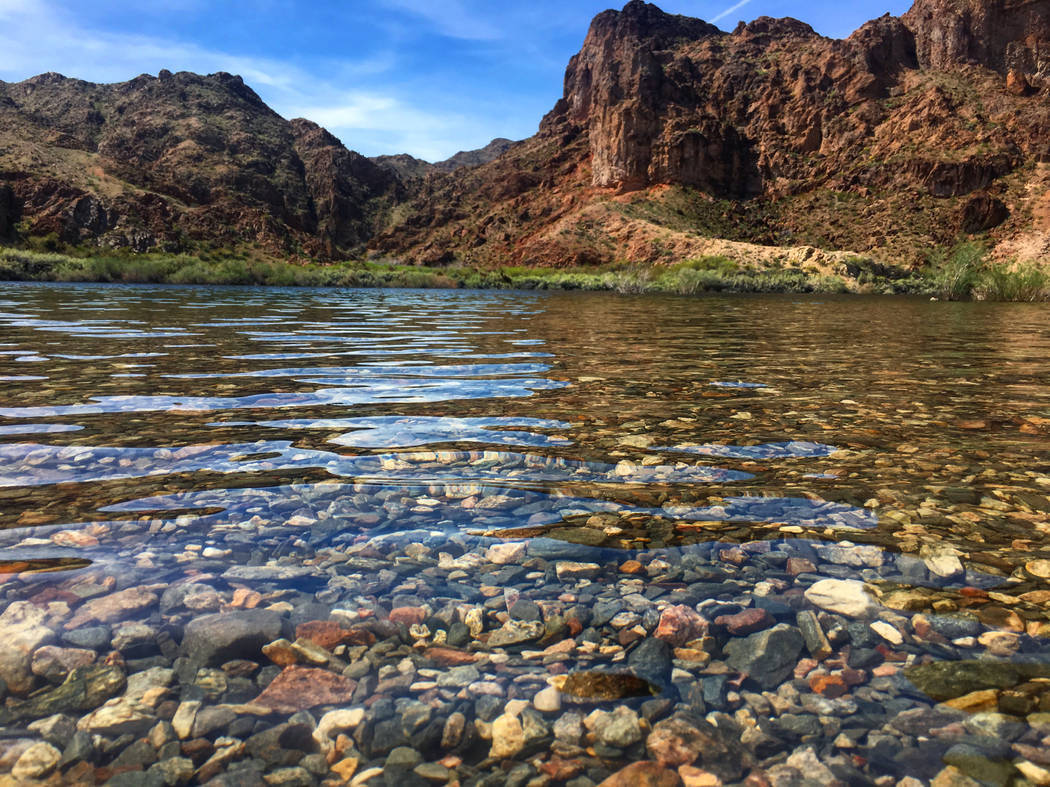 Las Vegas Review-Journal The forecasted flow for the Colorado River, seen near Willow Beach, Arizona, this coming year is bleak, as rain and snowfall in areas that feed the river have fallen below average.

The first forecast for the Colorado River is in, and the outlook for the coming year is bleak.

The National Weather Service’s Colorado Basin River Forecast Center predicts the river will flow at about 54 percent of its average volume during the key runoff period from April to July.

That’s when the river usually swells with snowmelt from the Rockies and other ranges, but precipitation so far this winter has been well below normal across the region.

The Salt Lake City-based forecast center released a report Jan. 3 showing December snow totals as low as 20 percent of average in some areas.

There’s still plenty of time for conditions to improve. The river basin tends to accumulate much of its snowpack in January, February and March.

The discouraging forecast comes on the heels of some welcome news for the drought-stricken and overdrawn river.

Lake Mead ended 2017 almost 2 feet higher than a year earlier, as use of Colorado River water by Nevada, Arizona and California hit its lowest level since 1992.

According to preliminary accounting figures from the U.S. Bureau of Reclamation, the three states consumed a combined 6.7 million acre-feet from the river last year, driven by wet conditions in California and widening efforts to curb use in Arizona.

That left enough water in Lake Mead to keep it more than 7 feet above the trigger point for a federal shortage declaration, which would mean mandatory cuts for river users in Nevada and Arizona.

Colorado River author and expert John Fleck said the reduction in consumption is impressive, considering the population in the areas served by the river has grown by about 7 million since 1992.

“It’s a sign that we are succeeding in using less water in the Lower Colorado Basin,” said Fleck, director of the Water Resources Program at the University of New Mexico in Albuquerque. “It’s critical that we’re learning to do this, because this isn’t enough. … We’re going to have to do it more.”

California was able to cut its river use by more than 440,000 acre-feet last year, in large part because of huge snow accumulations in the Sierra Nevada that helped refill the state’s drought-depleted reservoirs and above-average precipitation elsewhere that reduced water demand.

Fleck said Arizona cut its river use by almost 360,000 acre-feet mostly to stave off more substantial, mandatory cuts in the future. “Arizona has been cranking down their use to try to avoid a shortage.”

Bronson Mack, spokesman for the Southern Nevada Water Authority, said water use in the Las Vegas Valley went up slightly last year because of increased economic activity and the addition of more water customers. Hotter, drier weather also might have played a part, he said.

One acre-foot of water is enough to supply two average Las Vegas homes for a little more than a year. Nevada’s river allocation supplies about 90 percent of the water consumed by the valley’s 2 million residents and 40 million annual visitors.

Even with the small uptick, Mack said the community is still meeting its conservation goals and using far less water than it was 15 years ago.

“Las Vegas has got the hang of using a lot less water and storing the excess in Lake Mead,” he said.

The lake can use all the help it can get. Its surface has dropped more than 130 feet since drought descended on the Colorado in 2000.

Federal projections released last month called for Lake Mead to finish 2018 roughly 4 feet lower than it is now but still safely out of shortage territory. In light of Wednesday’s ugly — but early — river forecast, the projections for the lake are almost certain to get worse.