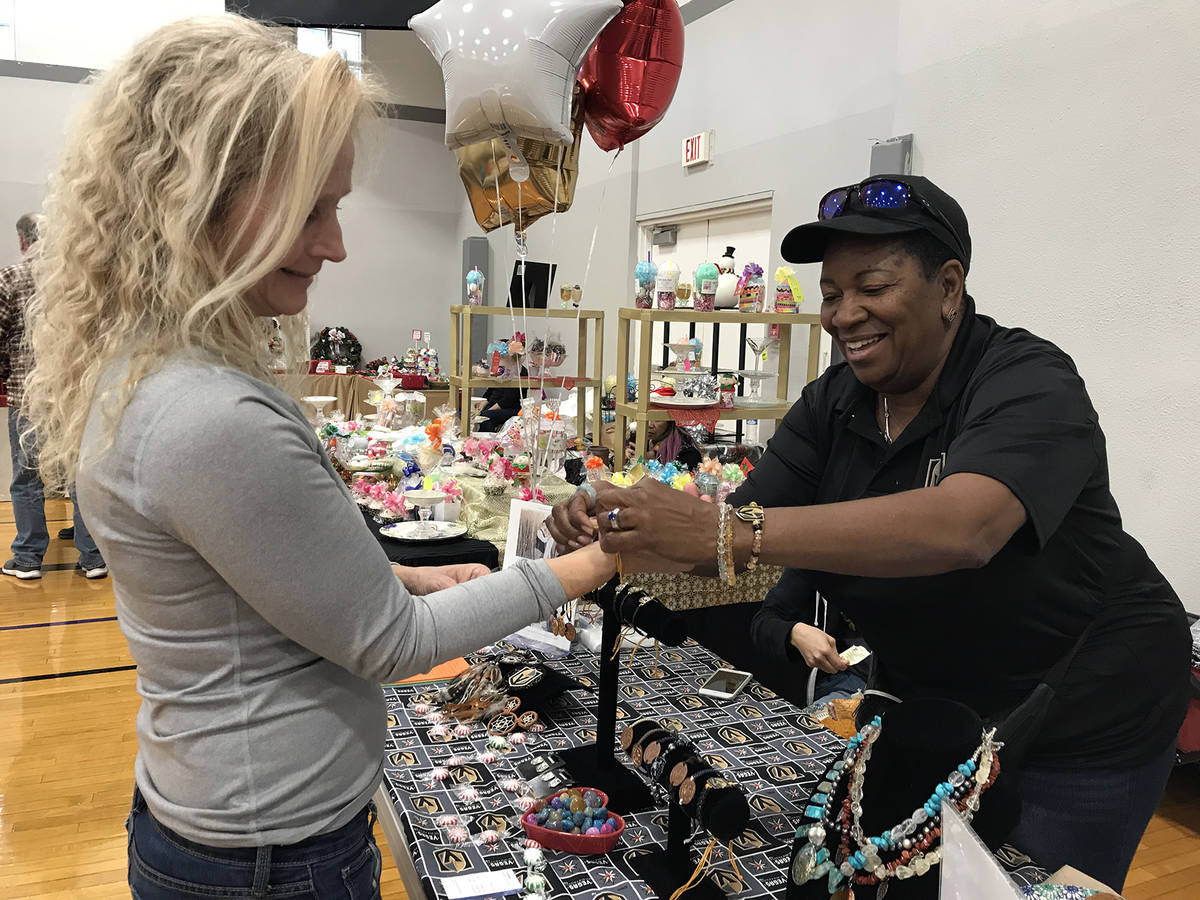 Boulder City Community Club will be unable to support as many organizations in town this year as it has in the past after the cancellation of its annual Doodlebug Craft Bazaar, which raises between $13,000 and $15,000. 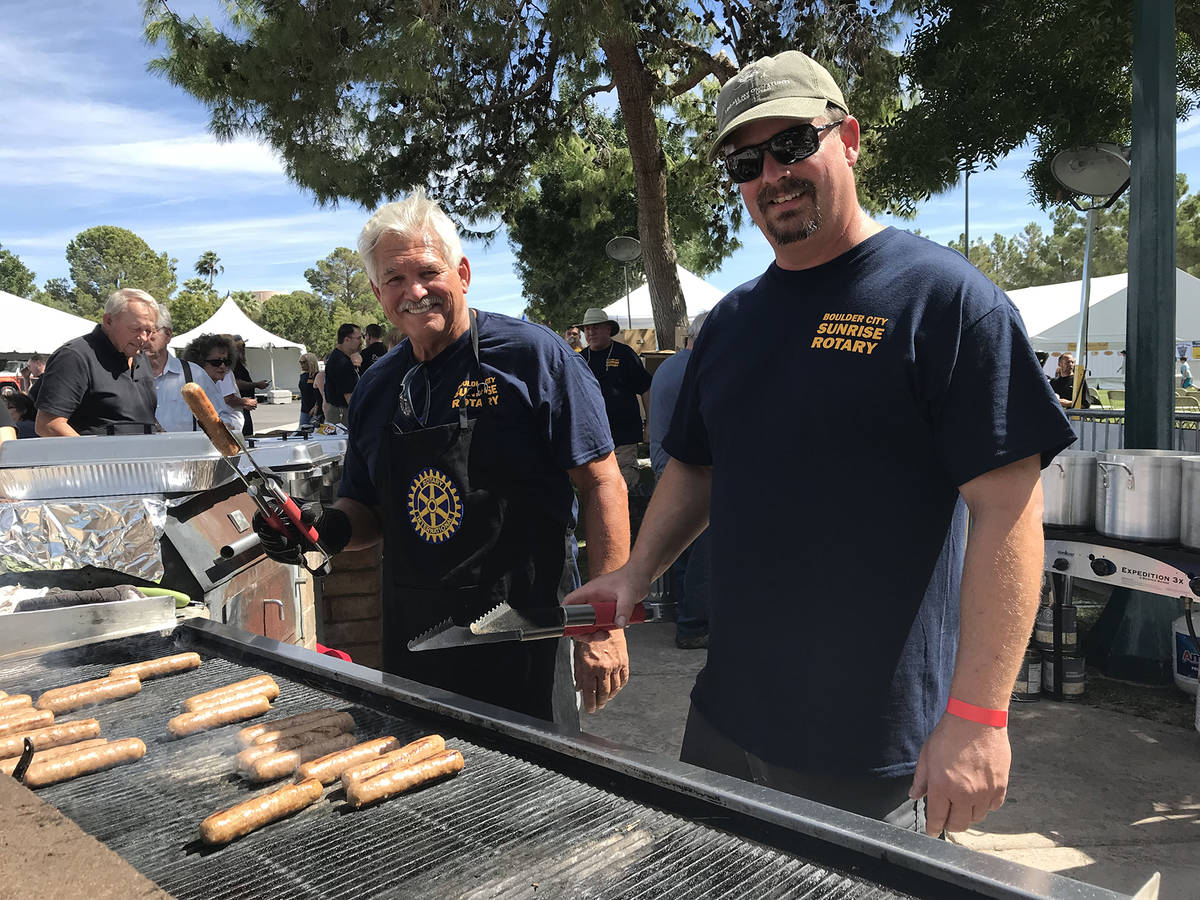 Instead of serving grilled bratwursts along with its silent and live auctions, car show and street party, the Boulder City Sunrise Rotary Club will hold an online auction in October in an effort to raise funds to pay for the all-night graduation party for Boulder City High School seniors and support the Breaking the Cycle drug court program.

As large-scale community events continue to be canceled in an effort to prevent the spread of COVID-19, the impact the virus has will extend far beyond our social calendars.

In addition to providing activities and entertainment for locals and visitors alike, these events generate thousands of dollars to support the mission of nonprofit organizations, pay for much-needed supplies and equipment beyond what has been allocated for in regular operating budgets and fund scholarships for Boulder City students.

While the cancellations have left some groups scrambling to find creative ways to continue raising funds, others are faced with the hard truth that they will not be able to provide the same financial support that they have in the past, at least until the pandemic is over.

“We do count on donations from the community to help with operations throughout the year,” said Claudia Bridges, a volunteer and grant coordinator with Emergency Aid of Boulder City.

Although the nonprofit was able to obtain some grants to help those affected by COVID-19, she said they depend on the contributions of donors to help cover the cost of items such as food and school supplies as well as help local residents during emergency situations.

Boulder City Community Club, one of the organizations that supports Emergency Aid, was able to make a donation earlier this year with funds raised in 2019 at its main fundraiser, the Doodlebug Craft Bazaar. However, this year’s event has already been canceled.

A statement from the club said the bazaar generates between “… $13,000 and $15,000 annually, which are distributed throughout the year to local groups and organizations who will be the biggest casualties because of this unforeseen crisis. Some are well-known, but many are small voices trying to make a difference in our community.”

In addition to helping Emergency Aid, the club tried to offset some of the pandemic’s impact by donating funds to the Meals on Wheels program at the Senior Center of Boulder City and plans to donate a large portion of its remaining funds to St. Jude’s Ranch for Children so it can obtain computer equipment and other items to help its residents with their educational needs.

The cancellation and postponement of Boulder City Hospital Foundation’s Heart of the Community Gala, which is traditionally held in May, and Art in the Park, which is held the first weekend in October, will have a significant impact on the hospital.

Victoria George, director of marketing and community engagement for Boulder City Hospital, said the nonprofit hospital “relies on the fundraising efforts of the (Boulder City Hospital) Foundation to support our mission.” She said it provides about $500,000 annually to the facility and is used for medical equipment and supplies.

“Many events in Boulder City have been canceled or postponed due to the pandemic but we know our town loves to support our youth so please help us raise funds,” she added.

Because they will be unable to hold the live auction, street party, car show and serve grilled bratwursts next month, she said the club has “rebranded the 24th annual Wurst Festival, for one year, to be “The Wurst Festival Ever! 2020.”

The revamped event will be a weeklong online auction featuring items such as cars, bikes, electronics, gift baskets and Wurst Festival merchandise. It will be held Oct. 11-17 and may also include some live appearances by the club’s “zany auctioneers,” she said.

The Rotary Club of Boulder City was able to hold an abbreviated, drive-thru version of its pancake breakfast July 4, but it did have to cancel its largest event of the year, the Best Dam Barbecue Challenge.

President George Rosenbaum said the club usually makes approximately $10,000 through that Memorial Day weekend event. He said they did receive a few donations since it was canceled but are still expecting to lose $7,000 to 8,000.

On the bright side, he said the club made about the same amount of money on the pancake breakfast as it would have if the event had been held in Bicentennial Park.

To compensate, the club will be pulling money from its savings. Rosenbaum said since the club has been around since the 1940s, it has enough to get it through.

Anne Slavicek, who handles publicity for the Boulder City Branch of the American Association of University Women, said the group has had to cancel all of its 2020 fundraisers, the May and September wine and chocolate events and the December home tour, due to limitations on the size of social gatherings.

“Branch members are exploring alternative methods to raise funds for scholarships,” she said.

One of the first events canceled due to the pandemic was the Boulder City Chamber of Commerce’s long-standing Spring Jamboree. It’s also the group’s largest fundraiser of the year.

“Gratefully, we do not run our budgets so thin that an event would sink the organization,” said Jill Rowland-Lagan, CEO of the chamber. “A lot of consideration and effective planning have created sensible spending and efficient programs.”

Even though the chamber will survive, it will have to cut back on some things.

“What this does mean is reduced spending in the sector of advertising. We have suspended a couple of marketing accounts and redirected our advertising efforts to more cost-manageable social media, earned media and partnerships with other travel partners.”

Rowland-Lagan said she and her staff are looking forward to planning for the next Spring Jamboree and “in the meantime … will be steadfast in focusing on hometown tourism.”