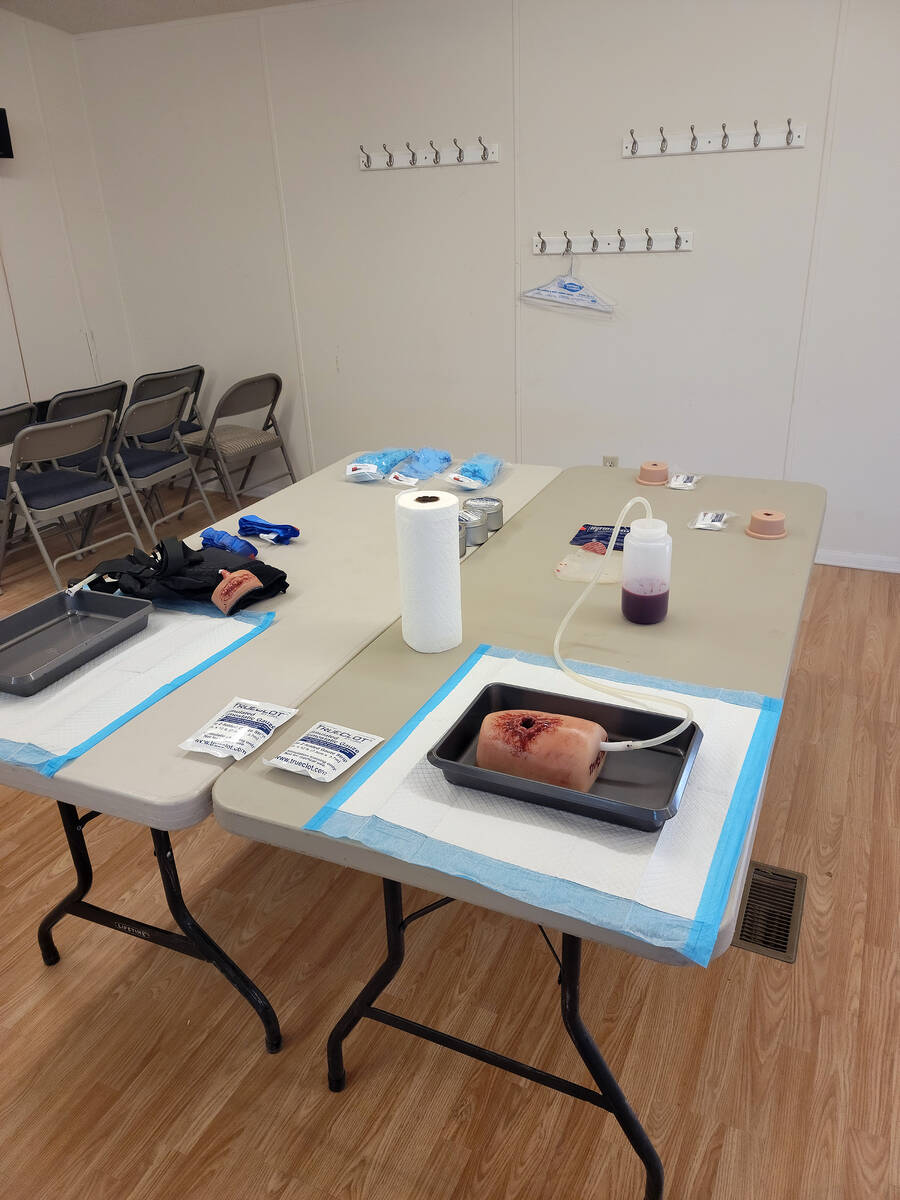 (Kenny O'Rourke) This wound simulator is some of the equipment used in the local Stop the Bleed classes to train people on different techniques on how to take care of traumatic wounds until help arrives.

Stop the Bleed is a national program, and Kenny O’Rourke recently brought it to the club. It teaches people how to recognize life-threatening bleeding as well as different techniques to control it until help arrives.

“Bleeding is the number one cause of death in adults and children with traumatic injury,” said O’Rourke.

O’Rourke has been in the emergency medical field for more than 30 years but said the driving force for him getting involved with Stop the Bleed was the 1 October shooting in Las Vegas.

“I was an ER and trauma nurse then and saw more than 236 people that night,” he said. “Some of them (the victims) probably could have been saved (if their bleeding had been stopped). … So I thought instead of whining about it, I’d do something.”

About a year ago, he brought these classes to the Boulder City Rifle and Pistol Club and so far has trained more than 60 people. Due to the pandemic, he said the classes were limited and he wasn’t able to train as many people as he hoped.

In May, they are free for everyone because it is National Stop the Bleed month.

“We’re stepping up our game,” he said.

At the local classes, participants will go through the curriculum provided for the national program as well as special hands-on training with bleeding simulators.

The classes are open to children and adults, but O’Rourke said if someone doesn’t handle seeing blood well, caution should be exercised.

“If you’re squeamish about blood, this probably isn’t the class for you,” he said.