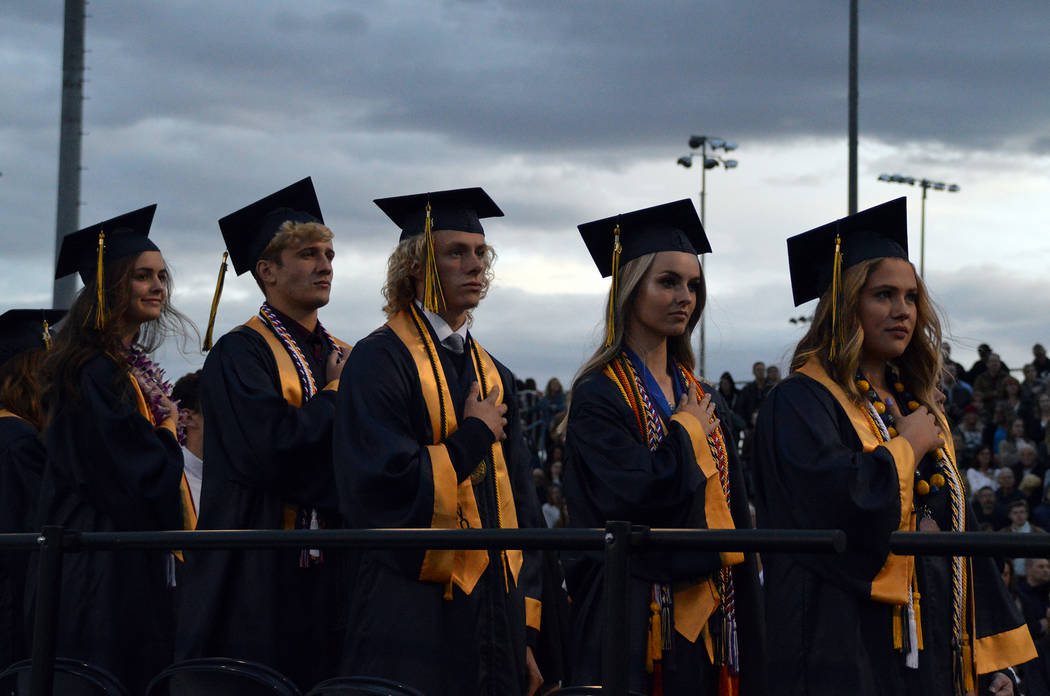 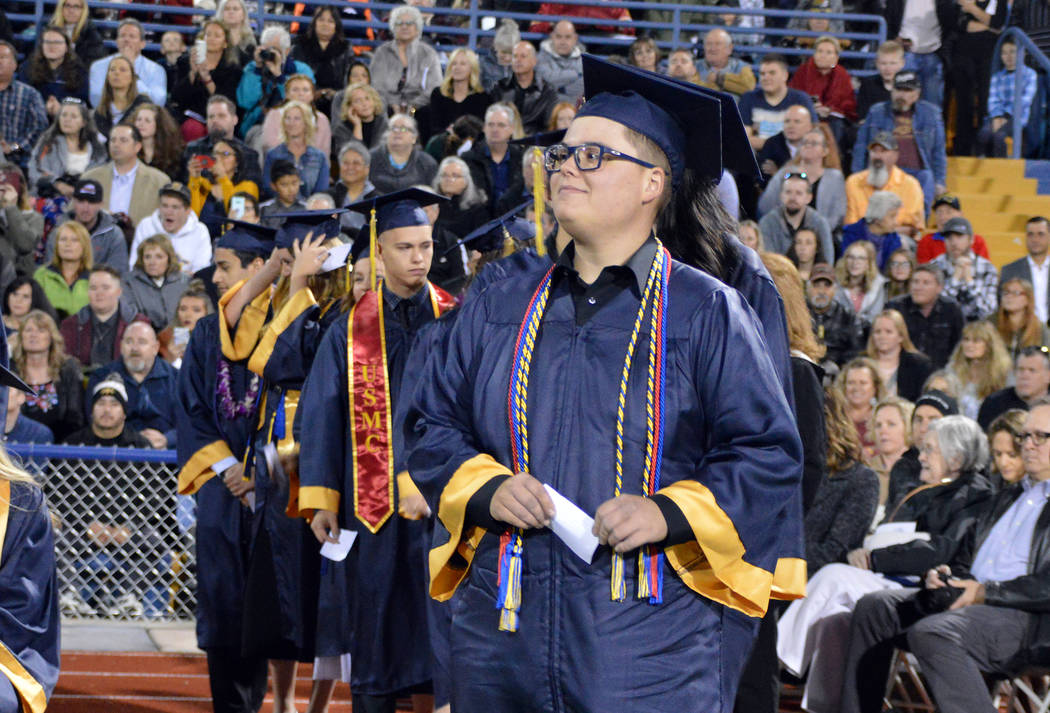 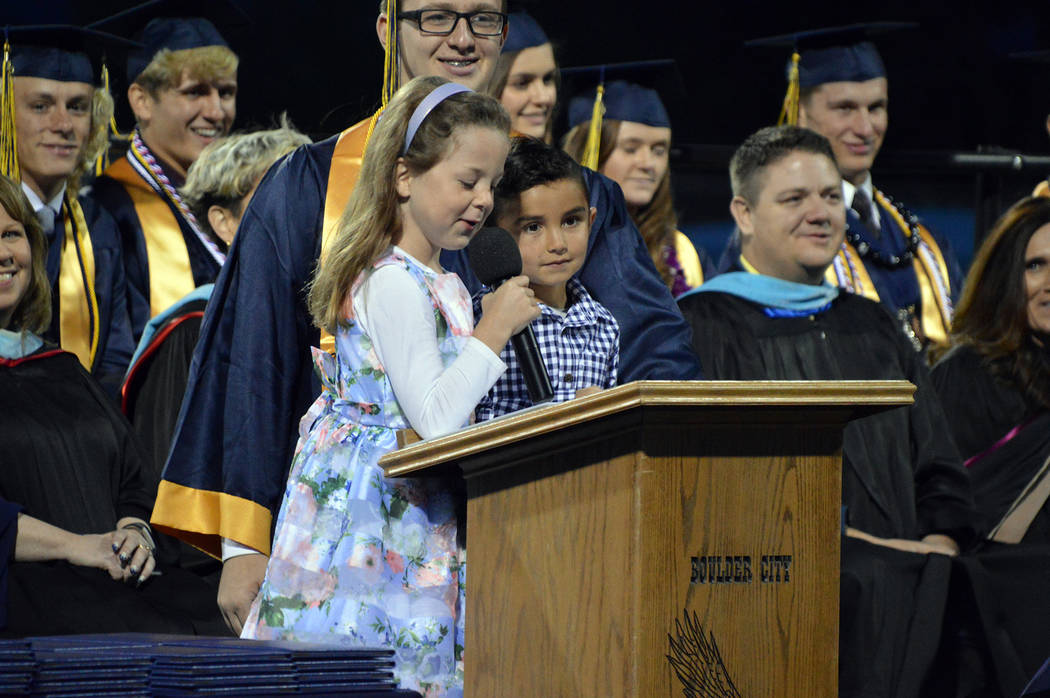 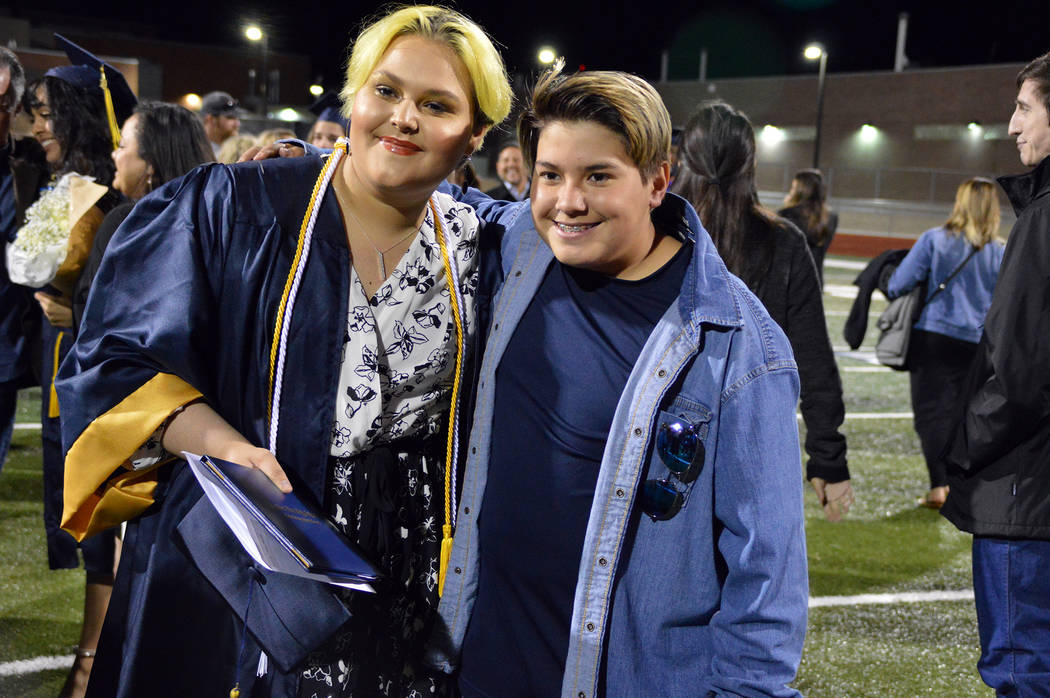 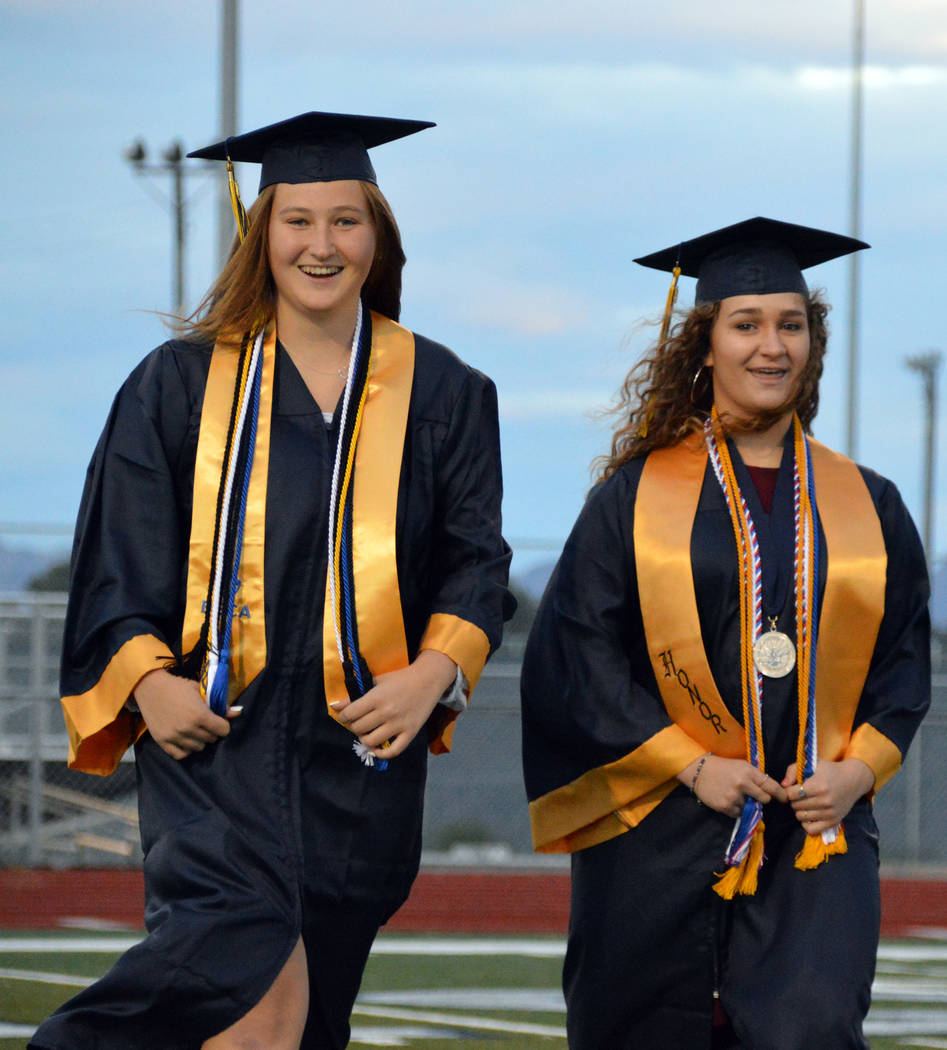 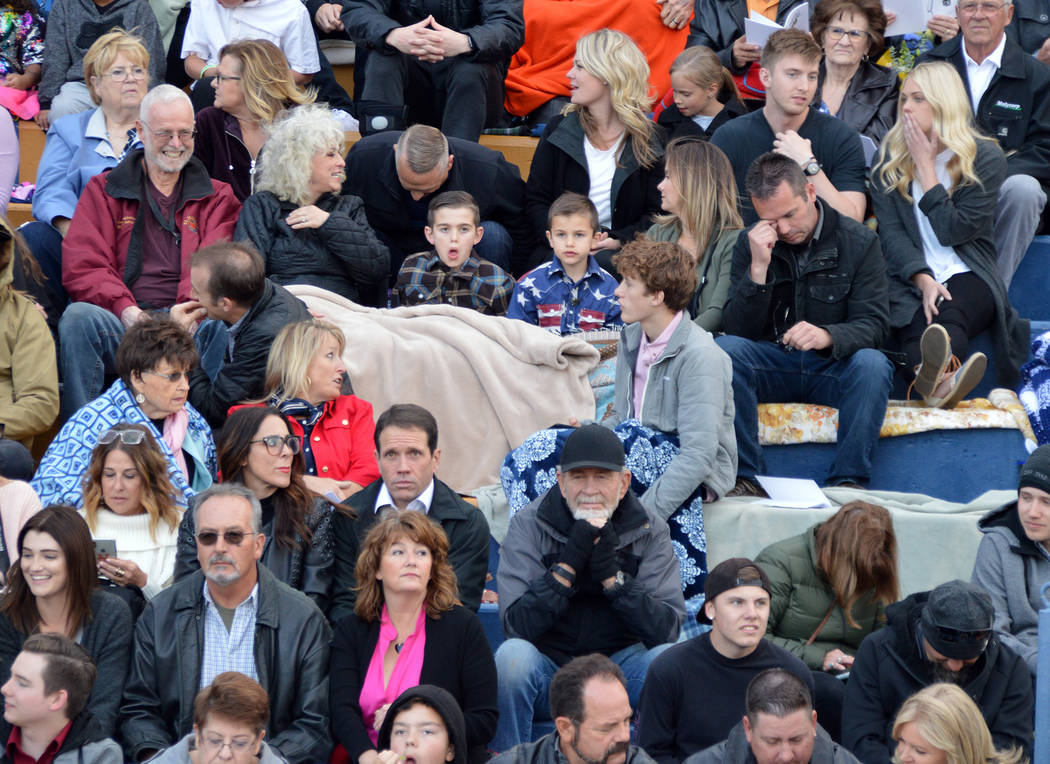 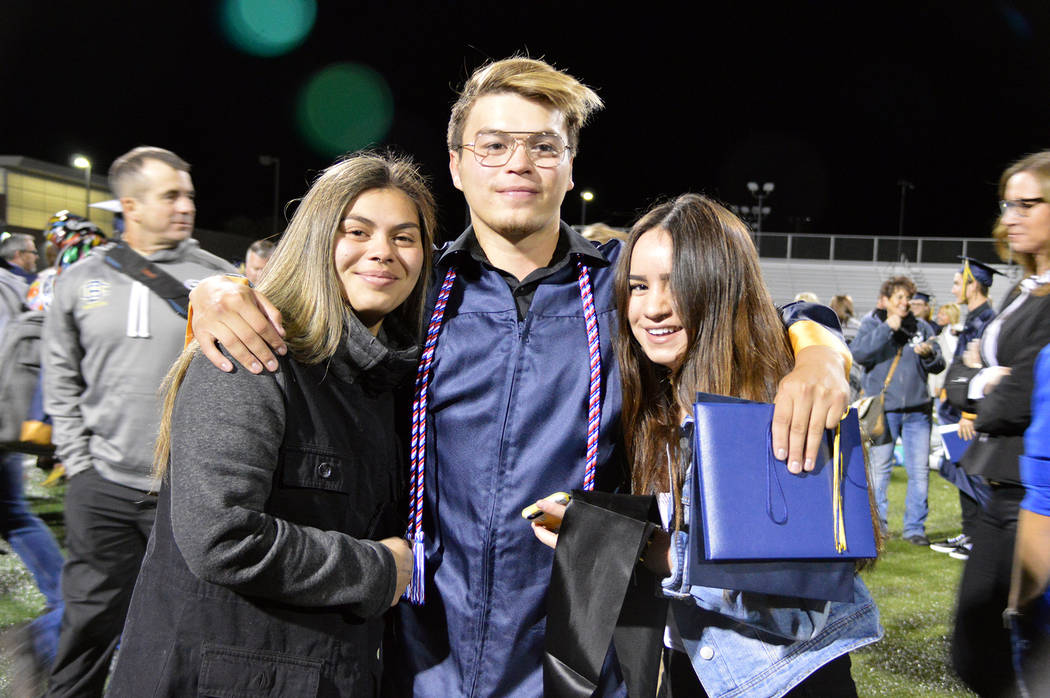 As Boulder City High School held its 78th annual commencement, 124 seniors walked across the stage at Bruce Eaton Field, moving on to the next phase of their lives.

“I am so proud of the class of 2019 and all of their accomplishments,” said Amy Wagner, principal. “They have written their own page of history and will be missed, but their legacy will forever be remembered in the halls of Boulder City High School. To the graduates, I say, ‘Remember your days at BCHS as you embark on your next adventure. Dream big, challenge yourself, reach for the stars and make every day count.’ Go Eagles!”

The ceremony took place May 23 on an unseasonably cool day and featured speeches from the class of 2019’s six valedictorians and one salutatorian.

Salutatorian Chandler Larson encouraged his classmates to focus on their dreams.

He said that everyone has dreams, and although every one of them may not become a reality, the process of attempting to reach them will shape you.

Valedictorian Leaf Kaboli thanked his parents and his brother for their support as they had been with him through everything, the good and the bad. He also said all those ups and downs had made him successful.

He encouraged his classmates to determine who and what they wanted to follow them into their new chapter of life.

Valedictorian Christian Long shared how he had listened to the speeches during the class of 2015’s graduation ceremony and decided that he wanted to be valedictorian of his class. He said he also had other goals during high school, like getting into a military school. He said it took him reaching those achievements to realize he had a “mountain of support” behind him, and because of that, he planned to cherish his personal cheerleaders and encouraged his classmates to do the same.

Valedictorians Karson Bailey and Brynlee Campbell shared memories of classes with different teachers who taught them to work hard and persevere through difficult tasks.

They said that hard work and perseverance also showed outside of the classroom as 19 state championships had been reached during their four years of school.

She said the best way to survive is through perseverance and to surround yourself with relationships that guide you and support your strengths.

Valedictorian James Ewell said that in remembering the past four years he could see how much he failed. He had failed at turning in assignments and studying as well as possible in some areas.

“Every time I’ve failed, it’s taught me to not fail at that thing again,” he said. “Failure is not a bad thing. It’s an opportunity to learn not to fail again.”

After the ceremony, family and guests of the graduates had an opportunity to come onto the football field and celebrate.

“It was nice,” said Yadira Pohe about her son, Airan, who is a second-generation BCHS graduate. “I’m very proud of him.”

Amy Loving said BCHS has been awesome for her daughter, Haley.

“She moved here when she was a few months old,” Amy Loving said. “Basically, she’s grown up here. … It’s been good. We like it.”