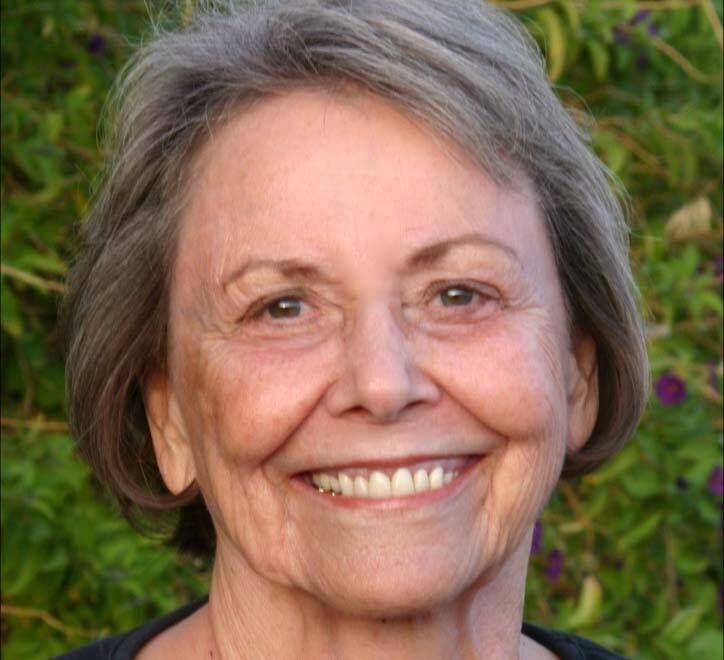 (Photo courtesy Michele Walker) Marjie “Sue” Broadbent of Boulder City died June 26, 2022. She was the wife of the city’s first mayor, Robert Broadbent, and was an ardent supporter of Boulder City Hospital. 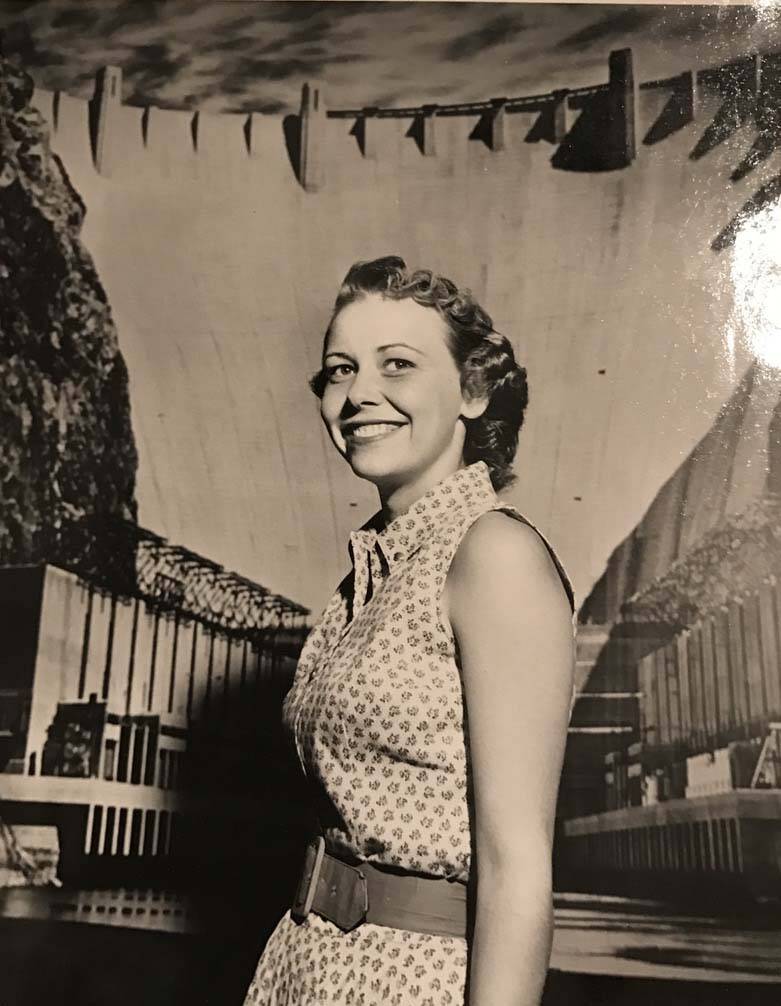 (Photo courtesy Michele Walker) This photography of Marjie “Sue” Broadbent was taken during her senior year at Boulder City High School. She was among the first class to graduate after the school moved to its current location on Fifth Street.

She is being recalled by family and friends for her work as a public servant and as a “people person” who genuinely cared for those around her.

“She loved people,” said her daughter, Michele Walker, recalling how she didn’t like going grocery shopping with her mother because she would stop and talk to everyone.

“They were my mentors,” said Sen. Joe Hardy. “Bob (the late Robert Broadbent) and Sue were a team. Wherever they were, they served together. Bob was the first mayor and she was the community; she was the glue that held not only the family together, but the people.”

He called her a “wonderful lady, loyal wife and mother,” and leader in her own right.

“She became every bit as much of a public servant as he was,” Hardy said.

“She was smart, funny, kind, strong and brave. Many people don’t know that she was stalked by the mafia when Bob stood up to them. They would follow her, pull up next to her and watch her with an intimidating stare, even when the children were in the car. She was a true and caring friend, always positive, always a smile and a complimentary word, and always ready for some fun,” she said.

Broadbent, a fifth-generation Nevadan, was born Feb. 7, 1935, in Las Vegas. Her family were founding residents of Caliente, Panaca, Alamo, Las Vegas and Boulder City, where she lived for more than 65 years.

During World War II, she lived with her family in Long Beach, California, where her father worked as a mechanic at the naval shipyard. They moved back to Boulder City in 1950 and, in 1952, Broadbent was part of the first class to graduate from Boulder City High School at its Fifth Street location.

She married Robert Broadbent in 1953. They owned and operated the Boulder Rexall Drug store.

The following year, while she was pregnant with her first child, she learned that the hospital might be closed by the federal government.

That began their decades-long work as public servants and sparked the efforts to incorporate Boulder City as an independent municipality.

Walker said her mother was very proud of the fact that the city’s charter was written at her home.

Broadbent served on the Boulder City Hospital Auxiliary, to assist with hospital work and raise money to finance the hospital. She helped with the auxiliary’s largest fundraiser, Art in the Park, for years.

According to Walker, her mother also spent countless hours serving on many charities and community organizations, including the PTA and Boulder City Republican Women. She also served the people of her church as a teacher, Relief Society president, Young Women’s leader, and children’s group teacher and leader.

In addition to her service to the community, Walker remembers her mother’s love of Lake Mead and water skiing.

“I have clear memories of her getting up on her slalom ski and yelling “Woo hoo,” she said.

A celebration of her life will be held Saturday, July 2, at the Church of Jesus Christ of Latter-day Saints, 1550 Buchanan Blvd. Visitation will be held from 9-9:45 a.m. with a funeral service at 10 a.m. Burial at Boulder City Cemetery will follow.