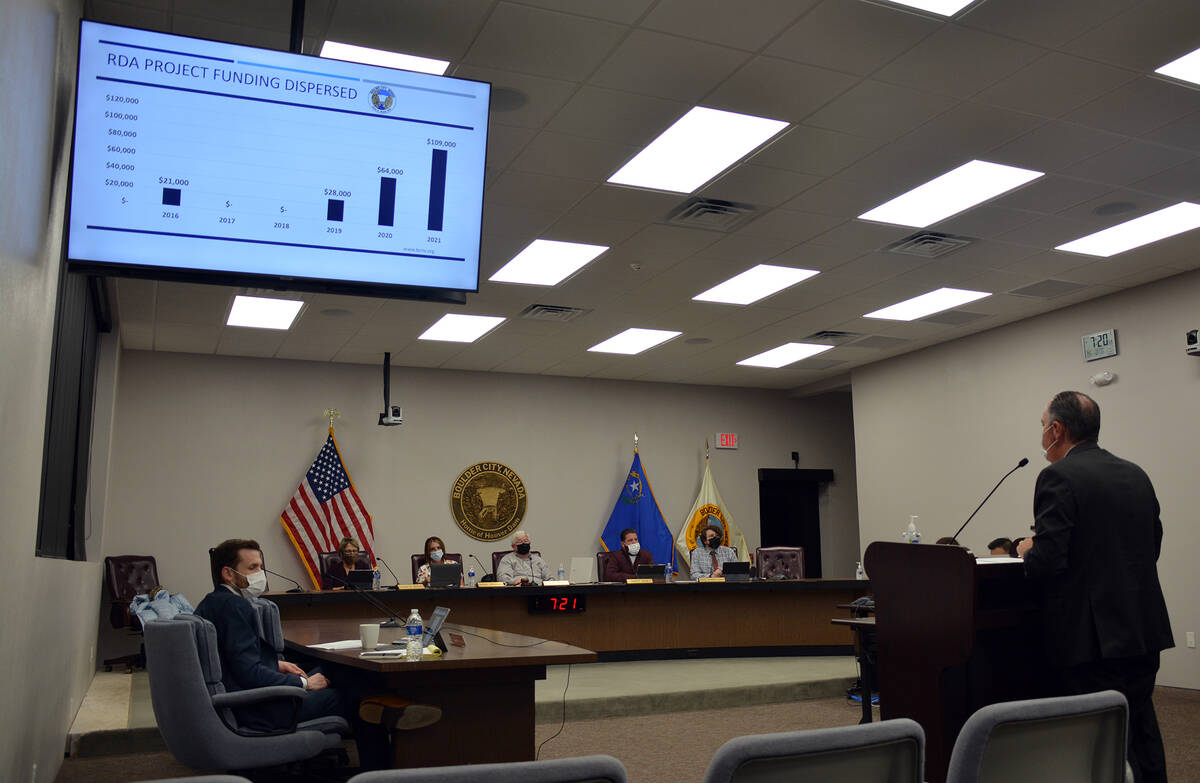 “Fifty-six grants were approved for a total of $300,000 that was provided to our small businesses in our community to help with their needs during the pandemic,” said Community Development Director Michael Mays during his annual report at Tuesday’s, Oct. 12, City Council meeting.

In September 2020, the city started the grant program with money that was part of the $1.5 million Coronavirus Aid, Relief and Economic Security Act grant it received from Clark County.

“He also helped 323 businesses during the fiscal year ’21,” said Mays. “This was a 54 percent increase over the prior fiscal year, but understandable considering the needs during the pandemic. This is also a notable performance measure for our department to track how many businesses we’re helping each fiscal year.”

Councilwoman Claudia Bridges complimented Festekjian on his work with the business community.

“It just seems like the distribution of the grant funds … has gone relatively smoothly,” she said.

“My hat’s off to Mr. Festekjian for all his work on that,” added Mayor Kiernan McManus.

Mays also said the Community Development department worked on improving the process for building permits as well as making it quicker.

“For the first time in five years, the city has a full-time building official, Nathan Ball, … (who) is already working with our staff to look for ways to improve the building permit process,” he said.

Those ways include a new checklist to help applicants understand what’s needed to apply for a building permit and making the application available online.

“It’s nice to see how much we’ve done as far as lessening the amount of time,” said Councilwoman Sherri Jorgensen.

She asked if the entire process to get a building permit could be put online like it is in other cities.

Mays said it could, but staff has to make sure the new software would work with the existing city software. He said Ball was looking into it.