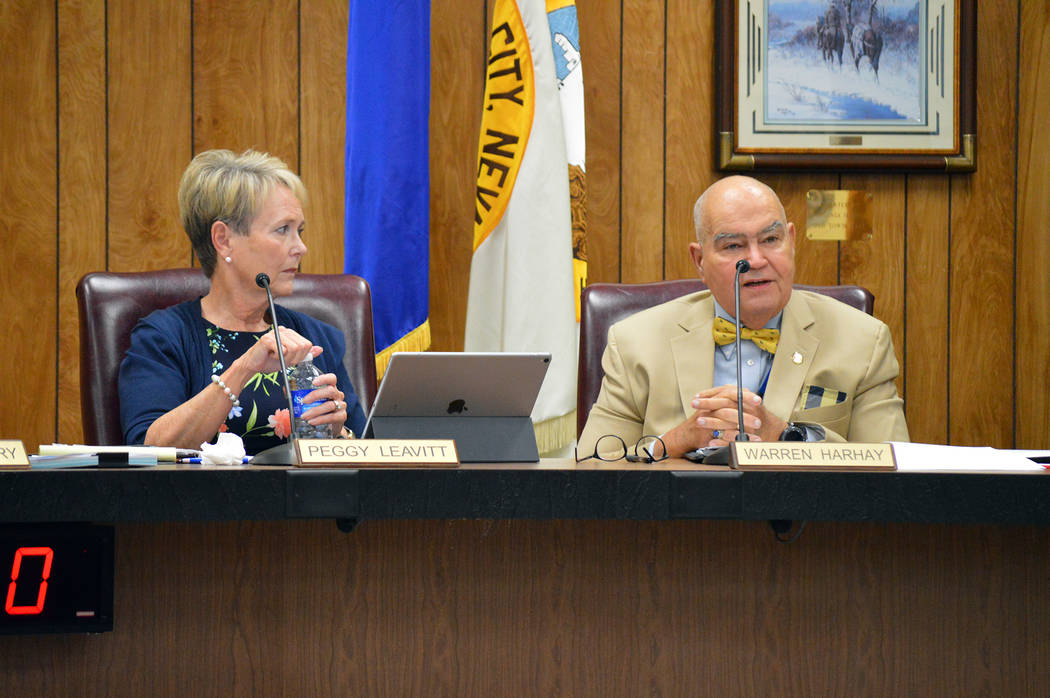 Boulder City unveiled its new communication plan this week and it includes changes to the city’s television channel, an increased presence on social media and ending its contract with 10e Media.

Communications Manager Lisa LaPlante presented the plan at Tuesday’s, Sept. 25, City Council meeting. She said its goal is to provide a guide or road map to maximize effective communications with residents and businesses.

Additionally, she said she hopes it will foster a sense of community among residents.

The city’s television station, BCTV, which falls under the plan, will be undergoing some changes. According to LaPlante, BCTV is part of an agreement with Cox Communications and specifies that it is a government access television station.

Public access programming for the station was approved in August 1996 through city resolution No. 2792, which violated the agreement with Cox.

“We don’t have the means to dedicate to a public access channel,” she said. “We decided it would be best to repeal and replace resolution No. 2792.”

The new resolution confirms BCTV as a government access channel.

“It’s just another step in the public input losing access to their government,” he said.

LaPlante said that even though it would take away the public’s access to the channel’s programming, new broadcasting opportunities have come up in the past 20 years such as Facebook and YouTube.

“I can’t imagine that the letter of the law is that the government can’t put up public programs. … It’s an affront,” said James Adams.

Matt Di Teresa, who used to volunteer for BCTV, said it seemed like the city was taking away a service.

“I’d hate to see this go away,” he said. “BCTV was never meant to be a government station. … I’m totally against this government takeover of BCTV.”

Mayor Rod Woodbury said he thought the communications plan and policy were solid and they would continue to look at what is best for the city. He also said he agreed with the public comments.

“If those things come to light, we can revisit and change for the future,” he said.

According to LaPlante, even with this change programming on the channel will most likely stay the same and still broadcast City Council meetings and parades.

“It shouldn’t change it all,” she said. “In my opinion, what we run now is government. I want to make sure we are aligned with what the FCC guidelines are.”

Council approved the changes 4-1 vote, with McManus voting against it. He said he was not going to support something that council could correct later.

Under the new communications plan, 10e Media will no longer provide services for the city. Its contract expires Oct. 31. LaPlante and all the council members thanked company principals Sue Manteris and Kendall Tenney for their work.

Another part of the plan is resident surveys and a new website. LaPlante said she hopes to start a phone survey about the new aquatic center with Applied Analysis of Las Vegas within days. Additionally, she said the target date for launching the new website is Jan. 1.

She said the idea to split them arose during the budget process in order to provide more transparency. The four funds are the landfill, wastewater, water and electric.

Pelletier looked at the five-year cash flow outlook for each of them. She estimated that individually several of the funds did not have enough revenue to cover their expenses.

“Combined (within) the utility fund, they’re strong,” she said. “On their own, they don’t look so good.”

The numbers aren’t finalized, according to Pelletier, who will work with her staff to determine how to fix these issues.

■ Agreed to have McManus and City Councilwoman Peggy Leavitt meet with Administrative Officer Bryce Boldt about research he had done regarding staff performance evaluations.