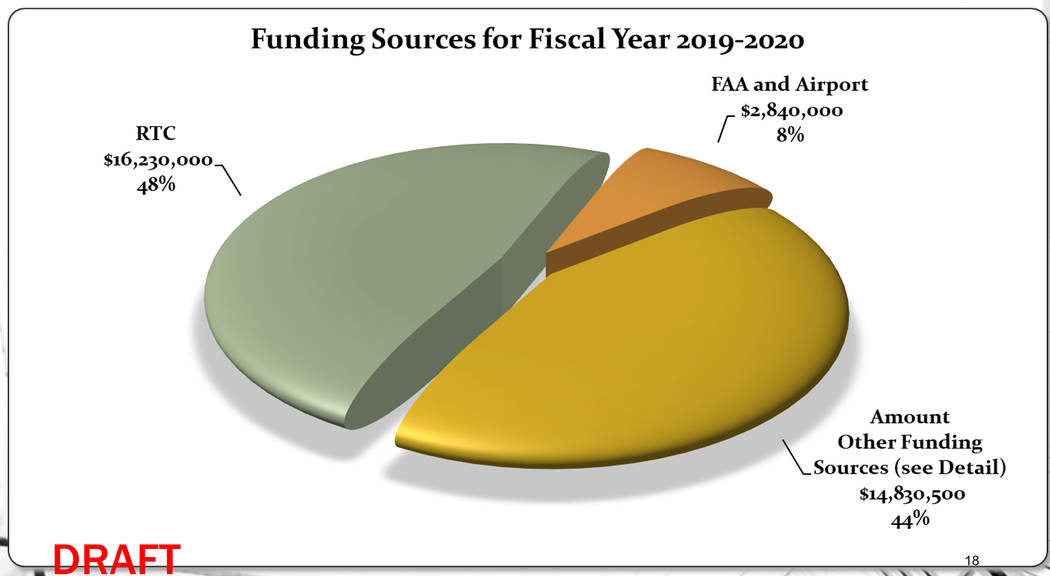 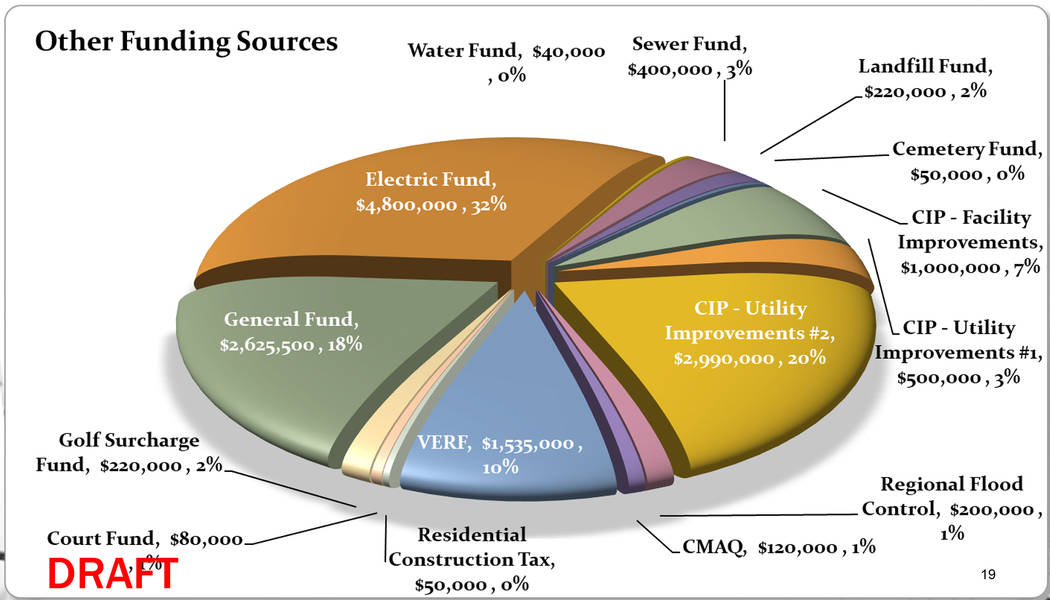 Boulder City Of the approximately $33.9 million in proposed projects for the first fiscal year, almost $15 million is from city funds.

City staff unveiled a tentative capital improvement plan for the next five fiscal years that includes approximately $33.9 million in projects for next year, including researching a new location for the police department.

At a capital improvement plan workshop Wednesday, Oct. 17, at City Hall, City Manager Al Noyola and staff laid out proposed projects for the 2019-2020 fiscal year and their funding sources.

Noyola said the capital improvement plan was created to ensure communication and accountability for what the city is trying to do.

One of the projects on the proposed plan is a $250,000 study to determine whether the Boulder City Police Department should move its headquarters to the second floor of the Elaine K. Smith Building at 700 Wyoming St.

Police Chief Tim Shea said the current police station can no longer be expanded. He said the department is one of the few in the country that does not have a secure area for parking its vehicles, each of which represents an approximate $60,000 investment.

There also isn’t a dedicated locker room for female officers. Shea said he built one on the weekend but it’s actually part of the men’s locker room. Additionally, there is no ramp for handicapped prisoners who are taken into custody. They have to enter the building through a locker room because the regular entrance for prisoners just has stairs.

The lobby is also not secure and officers have to perform interviews there in the open.

“It really isn’t set up to be a police agency,” Shea said. “I don’t think it’s worth it to put a lot more money into that building.”

Councilman Kiernan McManus was concerned about how the Smith building would be affected.

“That building is being used for other things right now,” he said. “It’s acting in many ways as our community center.”

Shea said that was being taken into account in the study. The police department would be upstairs and the lower floor would remain open for the public.

Another proposed project in the plan is approximately $1 million to design an air traffic control tower for the Boulder City Municipal Airport.

Airport Manager Jennifer Lopez said a recently signed federal bill allows for unlimited funding for an air traffic control tower if the airport qualifies for the program, which the airport was approved for in April.

Lopez said the majority of the airport’s project costs will be funded by the FAA.

Also proposed is replacing the irrigation system at Boulder City Golf Course at an estimated cost of $1 million.

Finance Director Diane Pelletier said the new system will be more efficient and will save the city about $250,000 in water costs each year.

At the workshop, the council thanked staff members for their work and requested another workshop before it comes before them for a vote in December.

Currently, a public workshop and council workshop are being planned for sometime in November.

One resident commented on the proposed plan.

Resident Judy Dechaine said a lot of money was being spent on the golf course and asked why the new roof for the fire department was a proposed project in this plan but was not part of the current renovation project there. She was also concerned because it seemed like the city was proposing to spend a lot of money, which might not be necessary.

Staff will be researching funding options for those projects.