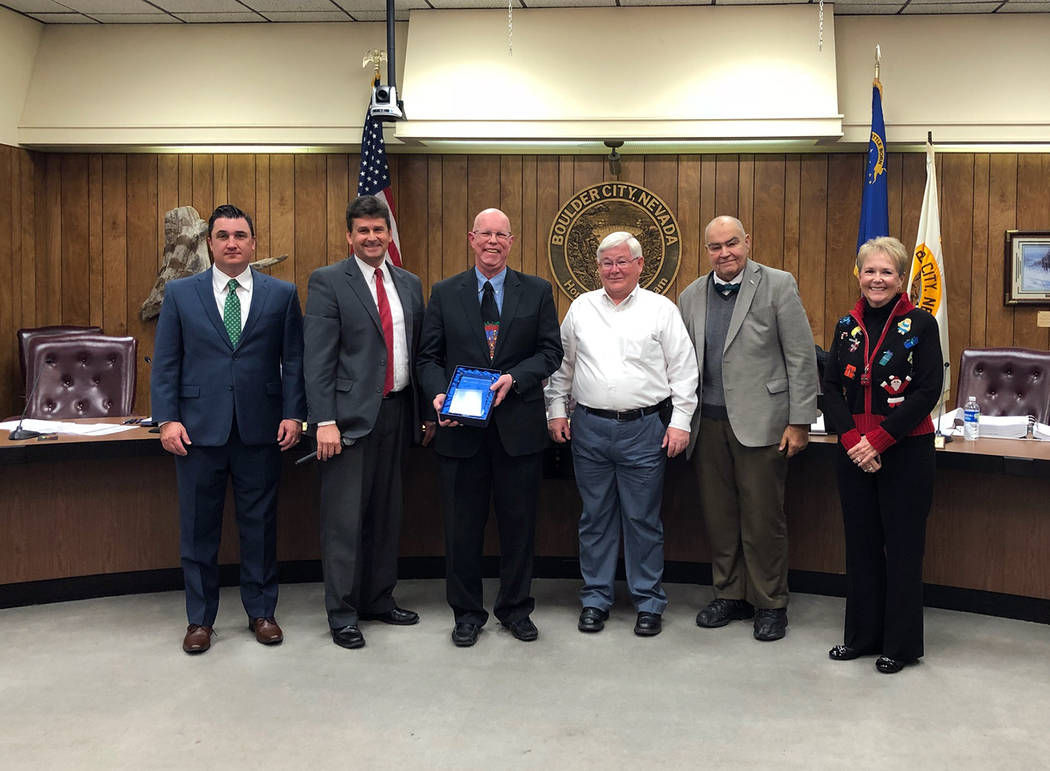 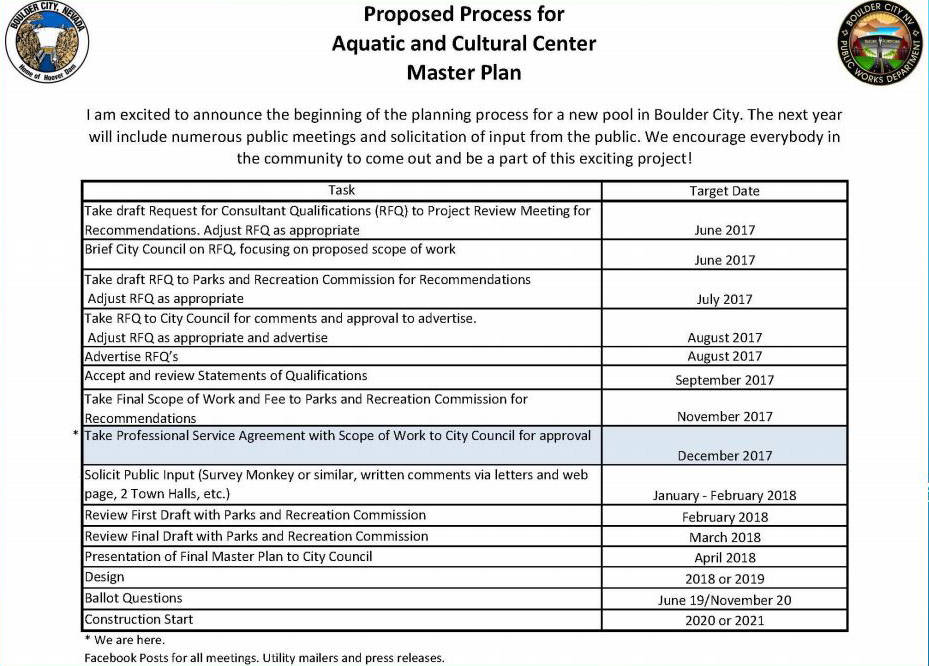 Boulder City is on track for a new pool and is now working with a consultant to help plan for the project.

City Council approved a $109,000 contract with SH Architecture at its meeting Tuesday evening. The company will facilitate and prepare concept plans for the new aquatic and cultural center.

The city received 11 statements of qualifications from firms interested in facilitating the pool study, and the selection panel ranked SH Architecture as the highest.

In the public comment portion at the beginning of the meeting, resident Judy Dechaine told the council that she hoped the firm would break out the aquatic center and cultural center portions of the project to see how much each would cost.

“We do expect them to come up with a cost estimate that clearly lays out what the different elements are going to cost to be in this facility,” said Scott Hansen, acting city manager.

The goals of this agreement include soliciting public input on what should be included in the new facility and where it should be located; meeting with pool users and community groups; and reviewing facilities in similarly sized communities to learn from their successes and mistakes.

Boulder City Mayor Rod Woodbury said that it looked like the project is right on track and that the city is doing its best to stay on schedule for it.

“It looks like we’re being successful so far, so hopefully we can keep going on that,” he said.

He also said that it’s important to be “crystal clear” with the consultants on what the city wants the project to do as well as making sure the public know what they’re getting out of the project before deciding on how to fund it.

Hansen said that the public has been involved so far and have guided the city to where it is with the project.

Also at Tuesday’s meeting, council tabled its discussion and action on changing the Airport Advisory Committee’s duties until after the group meets in January.

Community members and airport users had expressed concerns about making the changes without having the committee discuss them. The last time the committee met was in January; all the other meetings for 2017 have been vacated. Its next scheduled meeting is Jan. 2.

Once the committee discusses the changes, the resolution will come back before the council.

n Heard a presentation of the 10-year capital improvement plan, which included an update on utility and general fund projects that are funded in the 2017-2018 fiscal year.

n Appointed Ray Turner to the Historic Preservation Committee, and reappointed Bobbe Wilson and Carol Lelles to the Parks and Recreation Committee and Paul Matuska to the Planning Commission.

n Presented mayor awards to All Mountain Cyclery and The Tap for their revitalization efforts in the city.

Mayor Rod Woodbury said that he marveled at Miller’s ability to dispense not only justice but also the way he balances that with mercy and trying to get people back on track. He was instrumental in getting the Breaking the Cycle drug and alcohol court program established in the city.

Miller commended his family for their support in making it possible for him to do things in Boulder City to make it a better place. He has been part of the legal profession for more than 30 years and is a self-proclaimed product of Boulder City.